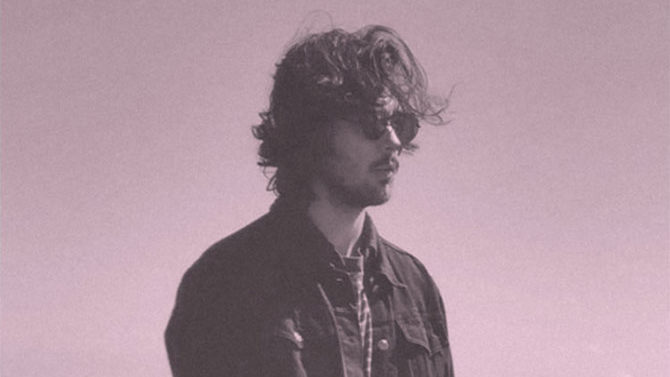 THREE CHORDS GOOD: Declan Farrisee (Juan de Fuca) just released a new three-song EP titled Venetian Blinds under the name Cirrius. Composed and almost entirely performed by Farrisee, it’s a fine three-song slice of Spacemen 3 and Silver Apples-ish stuff. And that’s really all I can say about it. It’s tasty, if not mind-blowing, and it’s cool to hear these influences again play their part in Athens music. All proceeds are to be donated to sexual assault center and children’s advocacy organization The Cottage, so that’s reason enough to throw a couple of bucks its way when you download this. Get the EP at cirrius.bandcamp.com, and keep up at facebook.com/cirriusmusic.

A FEW BUCKS GOES A LONG WAY: Brookwood High School (Snellville) senior, orchestral bassist and school jazz band member senior Jacob Ohl was hit by a train recently, which severed both his legs from the knees down. While fundraising efforts, as well as emergency surgeries, have thus far been successful, there’s no telling how much will be needed of either. So there’s a benefit show happening at The Foundry Thursday, Apr. 6 from 7–11 p.m. Featured acts are Jonathan Byrd and the Pickup Cowboys, Dyrty Jay’s GangstaGrassGospel Hour and Natti Love Joys. Tickets are $8 for college students, and for the public they’re $13 in advance and $17 at the door. Advance tickets can be found at thefoundryathens.com. For more information on Ohl and his story, see gofundme.com/jacobohl.

COFFEE’S UP: Jittery Joe’s in Watkinsville is hosting an acoustic open mic night Thursday, Apr. 6 from 6:30–8:30 p.m. There are only eight performance slots available, and you can call 706-769-4280 by Apr. 5 to grab yours. If you bring your own cup/mug, you’ll save 10 cents on any drink you purchase. These kinds of open mics can be really neat, because they tend to attract performers who haven’t done a whole lot and aren’t really trying to book club shows. If eight people perform, there’s a fighting chance at least one will hit the spot with you. Jittery Joe’s is located at 27 Greensboro Hwy., so don’t say you couldn’t find it.

A MOVEABLE FEAST: Milledge Avenue Baptist Church (1690 S. Milledge Ave.) is hosting what looks to be a spectacular concert on Palm Sunday, Apr. 9, from 5–6 p.m. The choirs of Milledge Avenue Baptist and First Baptist Church will perform composer Dan Forrest‘s popular “Requiem for the Living.” The combined choir will be accompanied by a 10-piece orchestra. The text merges the liturgical and non-liturgical, and is scored for a mixed choir featuring solos for tenor and mezzo-soprano. Organizers describe the piece as a “powerful five-movement work [projecting] a wide range of meaningful expression, from a biting essay on the vanity and pain of mankind to a plea for mercy, and finally a celebration of eternal light.” Listen to excerpts over at danforrest.com. This event is free and open to the public.

FIVE FOR FIGHTING: A new split EP between Atlanta’s Man Up, Yancey and Athens’ Linda just came out. It features two tracks from the former and three from the latter. It starts off super strong with Man Up, Yancey’s knowledgeable, Urge Overkill-ish guitar attack and, honestly, continues this way into the same group’s second track. The three tracks from Linda are all traditional pop-punk tunes that lean toward the anthemic and, as such, are pretty sing-along ready. So, you know, learn ’em. Check it out at starratsrecs.bandcamp.com.

HAVE YOU HEARD THE WORD?: AthFactor Entertainment presented the first round of its annual Beat Wars Tuesday, Apr. 4 at The World Famous. This is part of the promoter’s First Tuesdays banner, and subsequent events will happen May 2 and June 6. For this first round, billed as “Southern Fried Hip-Hop Night: A Celebration of the South,” music was spun by Chief Rocka, Major Briggs was the host, there was a poetry collaboration from The Arsonist and The Talented Mr. Winfrey, as well as presentations and performances from JyShohn Lyryc, Minnie Lea, Kxng Blanco and SG Roe.