Benefit Shows Abound, Plus New Music From The Nice Machine and More 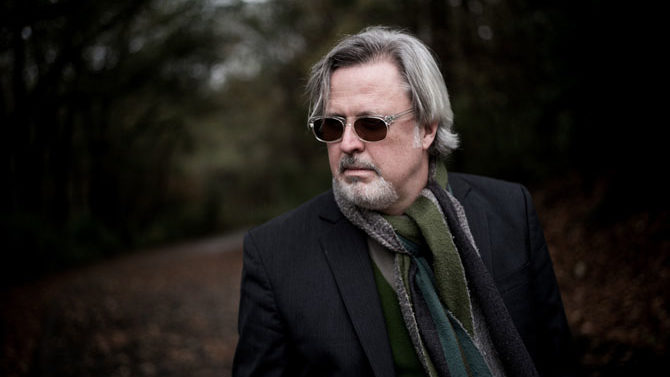 BRICK BY BRICK: Newly formed nonprofit Rising Tides Lift All, founded by Athens attorney Josh Branch, will host a benefit for the Athens Area Habitat For Humanity Friday, Feb. 11 at The Foundry. This event, dubbed “The House That Music Built,” is one of a planned series of shows hosted by the organization, whose stated goal is to raise funds for other organizations through hosting concerts. Headliners this night are Randall Bramblett and Packway Handle Band, and Dave Marr will open the show. There will also be a silent auction of local music memorabilia, including items from R.E.M. and Widespread Panic. Doors open at 6 p.m., the show starts at 7:30, and tickets are $25 in advance or $30 at the door. For tickets, see thefoundryathens.com.

WHAT YOU NEED WHEN YOU NEED IT: Arriving as if on cue to interject itself into the most confusing January in recent memory, Kissing Booth released a new EP just as the month wrapped up. It’s titled Year of the Dragon, Year of the Dog. The group, populated by songwriters Erin Lovett (Four Eyes) and Patrick Brick (Futo), hasn’t released anything since 2014, so this is a welcome and surprising treat. The five slow-rolling tracks tangentially touch a number of influences, but those familiar with the pair’s constituent projects can pluck out which songs had their genesis where. For example, “Year of the Dragon” clearly bends to the Futo side of things, with its negative-space nearly-soul arrangement, whereas “Hale Bopp 1997” clearly belongs to the Four Eyes side of the family. That said, “National Anthem” fluidly combines the elements of each. Thing is, each of the aforementioned songs comes after record opener “God Bless Bill Gates,” which is so touching, tender and personal that it seems crass it’s accessible with a mere click of a mouse. Listen in at kissingboothlovesyou.bandcamp.com.

REV THAT REVERB: Athens’ The Nice Machine just released its ninth record in its 11-year history, and the first since 2013. The 12-track album is titled Science Is Real, and the band next plays locally celebrating its release at the Athens Surf Stomp Apr. 22 at Little Kings Shuffle Club. True to its stated calling—being a surf-rock band—The Nice Machine does best when it sticks to that plan. Straight-ahead tracks like “Slobbernaut” and “How About Now” are fine representatives of the craft. Much of the rest of the record suffers from too many extraneous elements contributed from other styles. Still, the title track is a very cool throwback to what an imagined 1970s-era TV theme might sound like, and album closer “TV Dinner” is a smooth, almost trip-hop, theremin-laden groove. Check it out at thenicemachine1.bandcamp.com, and read up at thenicemachine.com.

HERE COMES TREBLE: The International Championship of Collegiate a Cappella South (ICCA)—what a mouthful!—will hold its quarterfinal competition at the Morton Theatre on Saturday, Feb. 11 at 7 p.m. It’s hosted by national organizing body Varsity Vocals and local UGA hosts UGA Accidentals. Competing are Dooley Noted, from Emory; Infinite Harmony, Nothin’ But Treble and Sympathetic Vibrations, from Georgia Tech; Pretty Major, from Kennesaw State; Mercer Bearitones, from Mercer; Sweet Signatures and Vital Signs, from Elon University; UGA Noteworthy; and VOLume, from the University of Tennessee. Tickets are $18–$20 and available at mortontheatre.com. Learn more about your local hosts over at facebook.com/ugaaccidentals, and the ICCA in general at varsityvocals.com.

AND YOU DON’T STOP: The nomination period is rapidly closing for the fifth Annual Athens Hip Hop Awards. Until Feb. 10, you can head to ugalive.com and cast your votes for whom you’d like to see included on the wide-ranging, 24-category general ballot. This is the first step in a process that will lead down to the event itself, which happens Mar. 26 at the Georgia Center’s Mahler Hall. Check this column for ongoing information. For now, go nominate your favorites.