We’re Thankful for the Normaltown Flyers 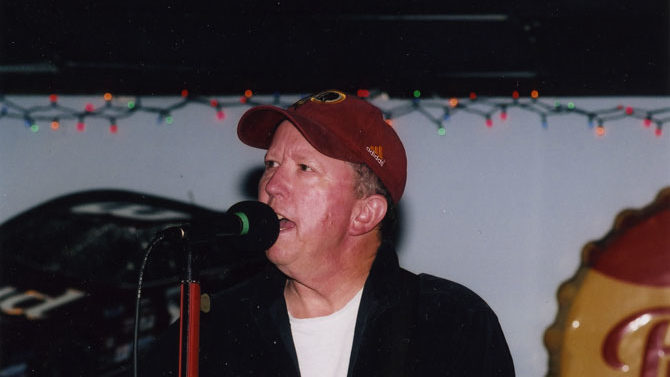 Before we get into it this week, I want to wish you a very happy Thanksgiving. Although each of us has, at turns and in tides, experienced both abundance and deprivation, it is fundamentally a good thing to be thankful not only for those things that give life but also those for which we live. My life is different from yours, and yours from your neighbor’s, but we each have some inventory of these. Being able to express and experience thankfulness is a unique marker of human kindness and gentility that can be celebrated anytime, and needs not announce itself as I’m doing here. But, because we have Thanksgiving Day, it’s not a bad time to say it aloud, either.

With that, let’s get to the news…

THIRTY-SEVEN YEARS STRONG: Long-running country/Americana band Normaltown Flyers will play its annual pre-Thanksgiving gig at The Foundry Wednesday, Nov. 23. A staple of the Athens music scene since 1979, the group has always contained member Brian Burke but has gone through a few significant lineup changes, resulting in three fairly distinct periods for the band. Those with a few years on ’em will remember the Flyers as the house band at Allen’s Hamburgers—or as close to a “house band” as Allen’s ever had. Even Pete Buck loves ’em! Doors open at 6 p.m., the show starts at 8 p.m., and tickets are a mere $10 in advance. See thefoundryathens.com for advance sales and more information.

WEIRD SCENES INSIDE THE BATCAVE: Future Ape Tapes continue to drive themselves deeper into the weird alternate reality they’ve slowly created. Sometimes, though, it seems this odd space finds them instead. To wit, their latest set of recordings, ///Bat Cave///, was recorded inside a friend’s bat-infested house during the time between the tenants moving out and the utilities being turned off. The notes for the record say that no bats were encountered while recording, but definitely lent a certain vibe to things. That vibe is most noticeable on the second track, “Abattoir Road.” It’s got a driving, mechanical beat and almost rap-like vocals, and goes on for long enough that by the time it all dissolves the listener feels like he’s experienced something. Actually, it’s the most traditionally constructed of the four songs here, and when the Apes finally release that gigantic mixtape of “hits” years from now, this will likely be the one that gets picked up from this release. Go to futureapetapes.bandcamp.com and check it out.

SHOPPING DAYS: Eddie Edderson (The Fuzzlers) and Derek Wiggs (Shehehe) recently launched Pliibo Records and Toys, which releases music via digital download and manufactures limited-edition, resin-based figurines. The first release is a compilation named Hojo, but the first figurine, which is of Wiggs’ dog, is sold out. Even so, because you’re a fundamentally decent person, you’ll still want to check out the comp at pliibo.bandcamp.com and throw your bucks down, because the money raised from this release goes to the Athens Canine Rescue. Featured acts on the eight-song release include both Fuzzlers and Shehehe, of course, as well as Linda, BumFeeder, Seattle Fucking Supersonics, Monstieur and The Gumps. There’s a bunch of other figurines and a couple of zines available so far from Pliibo at triplebummer.storenvy.com, too, so check those out.

HOLIDAY HIGHLIGHTS: The folks behind the annual hip-hop event IndieFest will present a huge showcase of Athens talent at The Foundry Thursday, Dec. 1. This night, billed as ATH All-Star Showcase 2016, is a really good reflection of its title, as there’s some real cream in this crop. Featured performers include Dictator, Tony B, Yung’N Restless, supergroup We’re Weird (Squalle, Blacknerdninja, LG and Profound), Ant Breezy, Milyssa Rose, Caufield and a rare live show from elder statesman Ishues. Additionally, there are planned special appearances from Life the Griot, G-Money, Stella Groove, SoHi, The Talented Mr. Winfrey, Ant Da Ripper, Ziggy RoxXx, Shania the Artist and Lah al a Bin. Montu Miller will host, and house music will be spun by Chief Rocka. This show is the perfect opportunity for newcomers to check out a high-quality selection of Athens hip hop and related styles, as well as a cool showcase for longtime fans to celebrate the scene. Doors open at 8 p.m., and admission is $5. Advance tickets may be purchased at thefoundryathens.com.