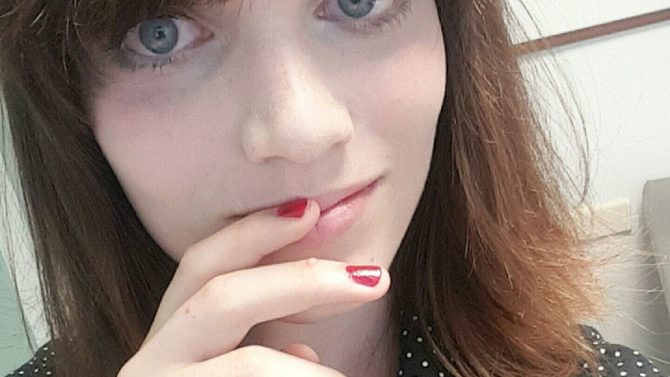 EBONY & IVORY: Athens pianist and composer Riley Findley has released three recordings since August, and they’re each marked with personality and texture. First, They Hear But Cannot Seem To Listen, Suite No. 1, Op. 1 is an exploration of styles that range from aggressively ambient to thinly present. The best one-two punch here is the pairing of “Thayer” and “Everything That Has Been Said Is a Lie,” which transitions forcefully from thoughtful but plaintive acoustic piano into a much darker electric-piano trip. Next is the 18-minute long A Requiem for Melody, Drone in Strings No. 1, Op. 2, which is true to both its title and self-proclaimed inspiration from Tangerine Dream but with more drone. It’s a nice piece to get lost in. Around the 8:30 mark, there’s a subtle sense of a scream coming from the background, but this may have been an auditory illusion on my part. Finally, last month Findley released Thayer Pt. 2: You Are My Sunshine, Piano Concerto No. 1, Op. 3. Reportedly, this seven-track album is a direct sequel to the aforementioned track “Thayer,” which, as a compositional feat, is impressive enough by itself. She reprises that tune on this, but surrounds it with a sense of deliberate love and friendship. The final track, “Black Dog,” is a lovely if brief rendering of the perennial favorite “You Are My Sunshine.” Check these out at rileysalbums.bandcamp.com.

HIGHWAY TO HULL: Have you ever walked down Hull Street on a Monday night, had your ears pleasantly shredded and woken up the next day thinking, “Wow! I’d like to relive that somehow.” Well, the good folks behind the Experimental Mondays series at The World Famous have you covered. These shows, for the time being, happen most Mondays around 9:30 p.m., and feature an open format featuring both veterans and newcomers in the Athens experimental and improvisational scene. To catch up, head over to experimentalmondays.bandcamp.com, where you’ll find performances from Dendera Bloodbath, Michael Potter, Killick, Echo Constant, Sean McDonald and many more.

WORDS OF A FEATHER: The latest instance of the New Town Revue, Athens’ regular literary meet-up, happens at Avid Bookshop from 6:30–7:30 p.m Friday, Nov. 18. Admission is free. Featured this night are poet Claire Cronin, musician Ezra Buchla (The Mae Shi, Gowns) and a special selection of readings from the late Jeremy Ayers‘ writing. Ayers was scheduled to read his own work at this event, but now, in tribute, his work will be read by friends Daniel Allen Nelson, Temple Crocker, Nico Isaac and Cal Clements. In related news, a memorial for Ayers has been scheduled at the Morton Theatre on Monday, Nov. 21 at 7 p.m. Friends, family and anyone who was impacted by his work are welcome to attend.

LEAN IN, INDEED: The debut album from Athens hip hop group UnderDogs! came out around the beginning of the month. At 17 tracks, the release is exactly as long and tedious as one might think. It’s positively dripping in clichés without angles, flat Chief Keef-style vocals and a general sense of irritating unpleasantness without any of the boyish prankster-y charm I think they’re going for. That said, MCs Steeze0, Q.Dot and Spike Spiegel occasionally pop out with a few funny lines, and their self-proclaimed offering of this album to “savages, outcasts, weirdos, hippies and all people of diversity” is nice enough. The beats for “Tommy Boxers (She Like)” and “Whoa!” are fairly solid, but, thing is, with vocals that are non-dynamic, non-melodic and delivered with more than a tinge of disinterest, the beats have to do the heavy lifting, and the majority of them just don’t. But congratulations on the debut! Stream it over at alldogsgotoheaven.bandcamp.com.