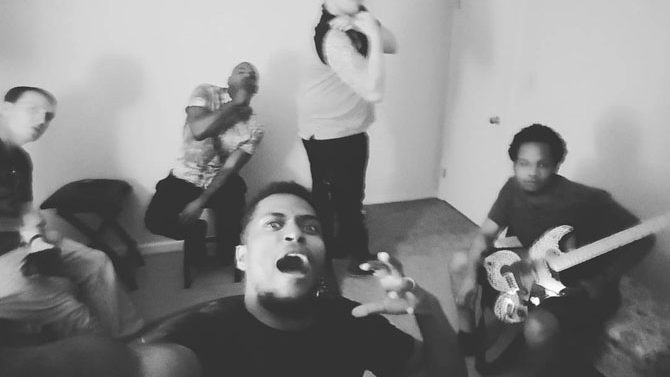 PREPARE FOR TAKEOFF: The first full-length release to come from exciting Athens hip hop collective Space Dungeon is out this week. This collaborative release is titled Spaceships & Beer, and is from members WesdaRuler (aka Wesley Johnson) and Lex Callahan. Johnson has been woodshedding and steadily releasing his own records throughout the past several years, and this new batch of beats features his signature boom-bap steadiness expanded by deft use of samples and melodic signatures (“Haudoken,” “Trash Can Cypher”). For his part, Callahan excels at his craft, especially when creating top-line melodies where none of them are obvious. You can score this download for a mere $3 starting Friday at spacedungeoncollective.bandcamp.com. Space Dungeon next performs live at the Caledonia Lounge Thursday, Sept. 1 along with Atlanta’s The Difference Machine and Savannah’s Dope Knife. Keep up over at facebook.com/spacedungeon.

HIT ME AGAIN: As threatened a couple of weeks ago, this week the new van-burner of a record from The Powder Room comes out. It’s titled Lucky, and as my personal luck would have it, the band slid me an advance copy. The thing about The Powder Room is you don’t have to worry too much when they’re coming at you full force. There’s a comfort within the heavy rock paradigm that dictates that when vocalist/guitarist Gene Woolfolk is screaming at you and driving mad riffage in your face, you’re roughly on the same page. But when the band gets into that slower, more guttural, throbby, driving groove (evidenced on the new album by the title track and “Black Dress,” among others) watch out, because that’s where it’s most surprising in terms of lyricism, melody and, paradoxically, punchiness. Honestly, between you and me, I think this slower stuff reveals more of the band’s personality. Bring your earplugs to the release show at the Caledonia Lounge this Friday, Aug. 26, and drive home with a copy. The record comes courtesy of Learning Curve Records, and you can sink your teeth into all things The Powder Room at facebook.com/thepowderroomathens.

DREAM A LITTLE DREAM: Athens vaporwave artist Jeff Cardinal (aka Vaperror) and producer Telepath (stylized as T e l e p a t h) will release their next collaborative collection of work by the end of the year, but are planning on taking pre-orders as early as October. The pair operates together under the moniker Televape, which unleashed a first album, Transcendental Love, last October. Incidentally, that release marked the beginning of the +100 Records label, and so the schedule for this new one is an anniversary celebration of sorts. With this sort of music, it’s easy to be essentialist and reductive to the point where the music takes a backseat to its presentation. And it’s true that +100 and both of these artists use a pastel palette, the Japanese language and semi-hidden identities to wrap around their electronic productions. And it’s also true that you could pick anything from the +100 Records catalog, keep it in the background and enjoy/ignore it at will. But, to paraphrase Brian Eno’s thoughts on ambient compositions, this is music that doesn’t require attentive listening, but rewards it. Televape employs what it calls “ambient jazz,” with slight amounts of funk and R&B and keyboard swells and washes, to wonderful effect. For the new record, Telepath is reported to have “[designed] roughly half of the synthesizers both from scratch and from DX7 emulators.” The first composition is titled “Beam of Love,” and you can catch that at soundcloud.com/vaperror. For further study, see plus100.bandcamp.com, facebook.com/vaperror and facebook.com/telepathicvapor.

WELL, HOWDY: There’s a new supergroup of sorts in town called Loose Knives. The kinda-dusty, kinda AM Gold band is composed of Christian DeRoeck (Little Gold), Brandon Page (Werewolves, Harsh Words), Maggie Blauvelt (Neighbor Lady) and Kiffy Myers (Roadkill Ghost Choir). The band’s debut show happens Wednesday, Aug. 24 at The World Famous, where they’re billed with Athens band Linda and Chicago band Animal City. Last Friday, the group released a debut single on MOEKE Records titled “Ice,” and it sounds exactly the way I described the band above. It’s a breezy, short number that fits as easily in between your Jayhawks and Uncle Tupelo records as it does somewhere in the unalphabetized stack that has your Gram Parsons and Buck Owens LPs. Find it at moekerecords.bandcamp.com.