Welcome (Back) to Athens, Y’all! 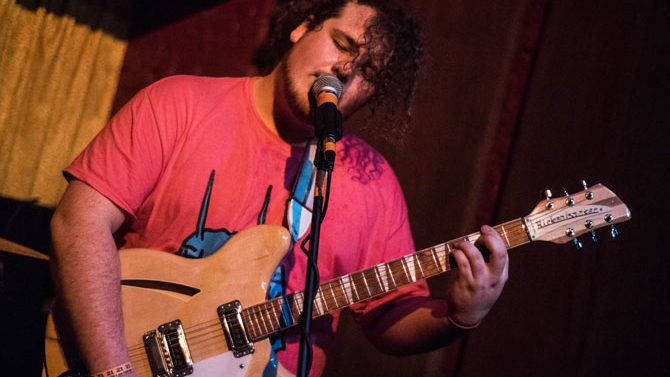 HOWDY: At this time of year, the start of UGA’s fall semester, I like to take a moment to welcome back those who’ve been gone and welcome home those who’ve just arrived in our city. This is that moment. Here’s the long and short of it: Athens can be magical. But it’s only as good as you are. If you want your time here to be filled with brew-soaked bros at some crummy meat-market bar, that’s what you’ll get. If you want a more fulfilling, life-enhancing trip through your late teens and early 20s, take a different road. Dive deeply into our music and arts scene. Get involved with local nonprofits. Go to the library and read up on the history you’re living amidst. To paraphrase a line from Breaking Away, most of you will only spend four years here. But to a lot of us, Athens is our home. So when I take the time to write this, I’m welcoming you to my home. Have fun, learn all you can, explore, start a band, make art, write poetry, be young, foolish and happy. Here’s to seeing you around town.

NOW STREAM THIS: Lo-fi chore boys New Wives just released their debut full-length. Hi I’m Alive is the first new music we’ve heard from the group in well over a year. That’s understandable, considering that two of the band’s three members, Drew Kirby and Matt Anderegg, are also in local juggernaut Mothers. They’ve been busy. The album is out on Kirby’s Marching Banana Records and runs nine tracks. Those are the hard facts. Here are some soft facts: This is the sound of a band in transition. It’s not that the band can’t decide on a direction but that it, admittedly, attempted to blend its softer and harsher sounds. To that end, certain tracks—“Til I Die,” “Laurels,” “I Will Not Be Free,” “Don’t Wait”—succeed in their tunefulness and grasp-ability. Others, like album openers “Fruit Strings” and “Painted Face,” feel less assured, even though they’re performed with dedicated forcefulness. I do really dig the slightly grubby and homespun texture of the thing. Take a spin over at newwives.bandcamp.com, and keep up at facebook.com/newwives and marchingbanana.bandcamp.com.

EARLY EDITION: Athens rocker Phelan LaVelle is hosting another instance of her Chillith Fair Sept. 10 at Go Bar. The feminist-oriented event features live entertainment and helpful information while benefiting other organizations. So far, Tunabunny, Shehehe and LaVelle’s own Shade are on board to play, and the beneficiaries are abortion-rights organization Magnolia Fund and the Athens Anti-Discrimination Movement. Why am I telling you all this so early? Because Chillith needs people to get involved as volunteers, and there’s an open call happening for all sorts of entertainment. Basically, whatever you can think of or whatever you already do is probably OK to present. LaVelle told me, “Anything goes! Puppets, magic, music, live sculpture, performance, poetry, whatever!” Drop a line to phelanlavelle@gmail.com if you’re game to participate or help out.

FOR ADDED EMPHASIS: Remember a few weeks ago when I alerted you to some mysterious and low-rumbling activity regarding Kindercore Records‘ social media accounts? The very day that news hit the street, the powers that be decided to launch both their website and new podcast. Web travelers heading over to the newly revamped site will find loads of rare, out-of-print stuff from the label. It was actually kind of cool to go through this list of material and see how many titles the label actually released (not all are still available). Word on the street is a new Grape Soda album is in the works, too, but no news yet on other releases. The new podcast is titled “Load In/Load Out,” and is produced by Bill Fortenberry and hosted by Kindercore co-founder Ryan Lewis and compatriot Cash Carter. The first episode features classic Athens band Pylon, and the second features classic former-Athens personality Jeff Tobias. Look for future episodes to appear regularly. Dig all this over at kindercore.com.

HATS OFF: Congratulations to Athens fiddler Jason Cade (Hog-Eyed Man) for bringing home the bacon in the solo fiddle competition held recently at Clifftop, WV’s Appalachian String Band Music Festival. Although the winners are not yet posted at wvculture.org/stringband, that site is a good way to get the look and feel of the competition, festival and culture. Cade competed against approximately 100 other players and bested them all.