Playground Hero’s E.M. Watson Gets His Solo On 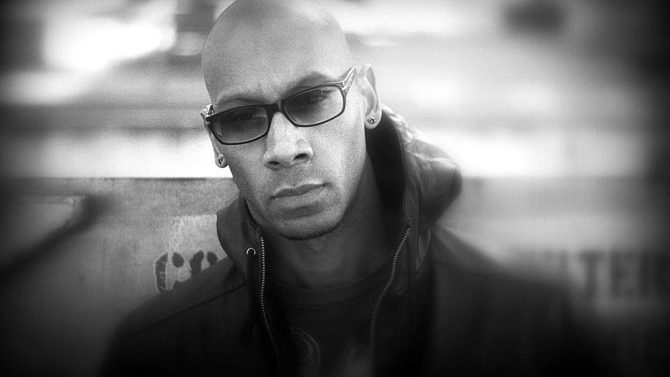 NOW WATCH THIS: Athens pop band Playground Hero is on the skids, or, rather, “on a hiatus for a while, if not indefinitely.” Alas, we hardly knew ye! Actually, this is fine, because the best part of Playground Hero was always its singer, E.M. Watson, who seems intent these days on making a solid go of it as a solo artist. His newest work is a single titled “Spaced Out,” and word is that its accompanying video is the first in what’s to be a nine-part release composed of videos and music. Because of this, I’m gonna reserve full judgement until he’s completed the entire thing. Musically, it’s a 180-degree split from Playground Hero’s safe rhythm-isms, but a completely logical progression from some of Watson’s other solo work. The video and song itself are pretty cinematic and ambitious, with the music landing, thankfully, just before the pivot point where it would become too much like Radiohead. Multiple listenings reveal a little Bowie in this, too. It’s supposed to tell the story of the protagonist’s breakdown and split from reality, but this first chapter reveals little towards that end. What it does do is further establish Watson as an artist who shouldn’t be slept on. I’m really looking forward to seeing this one play out. Props should be given heavily to video director Daniel Espeut (Espeuté Productions), who, along with several others, has helped guide the visual—and, by extension, emotional—impact of Watson’s music. See therealemwatson.com for all videos and music.

GRAND BAND DISCO: Former Athenian Justin Flowers (Long Legged Woman, CCR Headcleaner) makes his way back to Athens this week. This Friday, May 27, Flowers will play at Go Bar one of his Bay Area outfits, Life Stinks. Yeah! Anyway, they play kinda grimy, kinda indie-ish punk and should be worth a few hoots ’n’ hollers. Also on the bill this night are Athens hardcore blitzers Harsh Words and psychic boot-stompers Shade. You can get a taste of Life Stinks at soundcloud.com/life-stinks-sf, but the others you should already know about. This night costs $7, so plan accordingly and, before you ask, no, you can’t be on the guest list. Sheesh, people.

SUMMERTIME BLUES: Pretty damn new hardcore/noise band Tug—composed of scene folks Emmett Cappi, Dick Hunsinger and Garrett Burke—has a new EP that seems like it’s 99 percent ready to be released. They’ve got one song streaming now, a release date of June 1 listed and a promise that purchasers will have full streaming access and download rights “the moment it’s released.” What you can hear now is the pain wail and clash clatter of “Falling Through Webs.” It woulda been way rad to hear this in context of the whole EP—titled Cover the Earth, by the way—but I can break bottles against the wall and scream into the void to this one just fine. If you haven’t seen ’em yet, get thee to The Globe Sunday, May 29. They’ll be playing that night—duh—and Deep State and Philadelphia’s Pinkwash will join them. Check things out at facebook.com/tttuuuggg.

YOU CAN ALWAYS GO DOWNTOWN: Mark your calendars now for this year’s Hot Corner Festival. It’s happening June 10–11 right at the intersection of Hull and Washington streets downtown. For those who don’t know, this area of town is a historically black entertainment and business district, and the Hot Corner Festival is held both in tribute to that legacy and as a celebration of the Classic City’s current African American culture. To this end, the weekend begins on Friday evening at First AME Church (521 N. Hull St.) with the Gospel Extravaganza from 6–10 p.m. On Saturday the festivities run from noon–10 p.m. and include live jazz, gospel, hip hop and more, raffles, chess and checkers competitions, NAACP and voter registration, local authors and more cool stuff. This is a great event that has been steadily growing over the past few years to become one that lots of folks look forward to and multiple people help coordinate. It’s free and open to everybody. See facebook.com/HotCornerATH for more information.

THIS IS A PUBLIC SERVICE ANNOUNCEMENT: The Athens Area Arts Council is holding its annual membership meeting and party at Flicker Theatre & Bar Wednesday, May 25 from 5:30–9 p.m. The first hour and a half is dedicated to the business of introducing new board members, educating attendees on exactly what the AAAC does, announcing its plans for the current year, etc. After that, it’s party time with live music by Lovesongs and others. For more information, see athensarts.org and facebook.com/athensareaartscouncil.