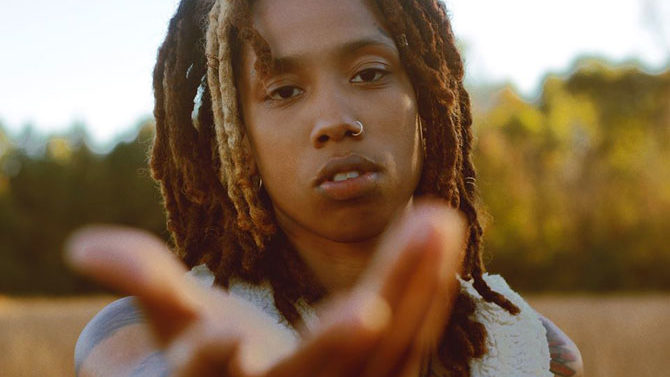 HOT FIRE: You’re gonna have to visit a few different URLs to listen in on everything Athens hip hop group Autumn Saints has going on, but I promise it’s worth the extra effort. This is some of the most creative and exciting stuff I’ve heard from a group of UGA students in a long time. First is the nine-track Phoenix Rising mixtape, available at soundcloud.com/saevon-springer. Second is the six-track entry Metamorphosis, posted at soundcloud.com/ahead-of-our-time. Both feature deftly intelligent beats made by Will the Producer and, with only marginal deviations, are perfect for fans of conscious-but-not-political hip hop such as Jurassic 5. Caveat: The casual misogyny-via-heartache on tracks like “Actin’ a Fool” is boring, obvious and stands out like a sore thumb. Member Chance Attipoe (aka Chancellor) has a new solo track named “Autumn Leaves,” as well as a bunch of older tracks and group podcasts, available at soundcloud.com/chance-attipoe. The podcasts are great, too, and provide essential insight into the group and its values, opinions and personalities. You can find everything mentioned above at that final URL, but I encourage you to explore the stuff available via all three links. Autumn Saints seems poised to be a newly foundational Athens collaboration, and any fan of Classic City hip hop will do well to catch up with them.

GOOD MORNING: Athens MC Cassie Chantel has gone through a few stylistic changes since her start, and it seems she’s totally come into her own. She released a new collection of songs a few months ago titled Free Vibes, which really punctuates her metamorphosis from a glossy pop-’n’-party oriented approach to a deeply personal and highly aware one. There’s still a street-level toughness on this new collection, but now the street also has a library and community center on it, not just a house party. I hate to make comparisons with regard to something so fresh and necessary in Athens, but for the sake of convenience, let’s say fans of Lauryn Hill, Black Star, Tupac Shakur and, to a lesser extent, A Tribe Called Quest will find a lot to like about this. Find her music, including some more recently released stuff, at soundcloud.com/cassiechantel, be a fan at facebook.com/CassieChantel1, and watch a bunch of stuff at youtube.com/CassieChantel.

NAME CHANGE: Songwriter Jianna Justice has retired her Penny Lame moniker and is now making music under the name Gal Pal. New recordings are in the works, and as soon as anything happens I’ll let you know. For now, fan up over at facebook.com/galpalmusic and dig her archives at galpal.bandcamp.com.

BREAKING RAD: Meth Wax just fired shots across the bow of every other aggressively tuneful guitar band in town. The Daniel Tanghal-led project (fleshed out with Tiger Li on guitar, Dylan Diener on drums and Ryan Taylor on bass) just released its newest full-length; it’s self-titled and clocks in at 12 tracks. The first two songs especially are a wake-up slap in the face with regard to their strict adherence to the two-fingered salute of pop-punk tradition (in this case more Angry Samoans than, say, Screeching Weasel). After these the record falls, with a couple of notable exceptions, into more traditional Meth Wax territory (i.e., hyper-melodic pop songs rendered in short bursts). Although I could do without the drunken Bob Dylan-isms—not to mention the ridiculously cringeworthy title “Sea of Blowjobs”—these are the only marked flaws in what is already a substantial Meth Wax catalog. Grab ahold of this at methwax.bandcamp.com.

PORCH PICKIN’: It’s time again for another installation of Kurt Wood‘s Front Porch Record Sale. This time it’s taking place Saturday, Mar. 26 from 9 a.m.–6 p.m. and Sunday, Mar. 27 from noon–6 p.m. The records are literally on his front porch located at 1080 Oconee St. (the part that shoots up Carr’s Hill where those dumb condos are now). As a special treat, visual artist Jill Carnes is having a pop-up show of her artwork at the same place and times. Wood has long been known as one of the most ardent record pickers in the nation, so it’s always a safe bet that the stuff he bothers selling is heads and tails above lots of other available stock.

GET THE DROP: Yatusabes Entertainment, coordinator Antenor Orrego and director Victor Brian Smith will present their film Shine On: A Documentary About Athens Electronic Dance Music Friday, Mar. 25 at Live Wire. The night begins at 11 p.m. and features a screening of the film as well as live performances from Will Weber, Andy Bruh and Robbie Dude. Shine On was shot at various locations, including the Counterpoint Music Festival, Terminal West and the Georgia Theatre, and is 35 minutes long.