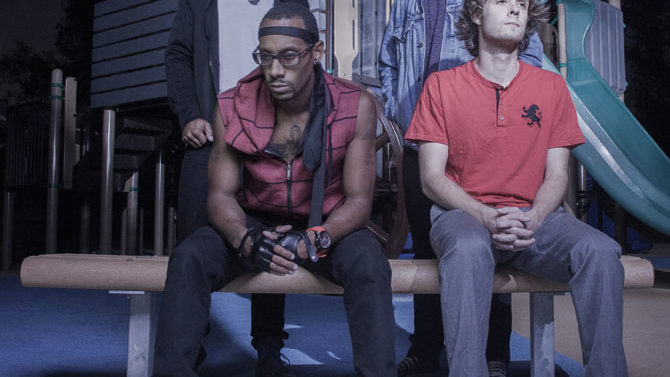 EVERYDAY HERO: It certainly took me long enough, but let me welcome Playground Hero to this column. The band, composed of vocalist E.M. Watson, guitarist Davon Watson, bassist Ian Rowland and drummer Wade Stephens, released its first full-length album, On Broad Street, in July. Although most of its 11 tracks are reminiscent of not much more than standard pop-rock/alternative fare—albeit decidedly guitar-based and deliberately played, with a dedication to clean execution—the draw for me is E.M. Watson’s voice, which maintains a solid, smooth and forceful command of the group, and especially shines on “Swing Away” and “Don’t Be Judgin’ Me.” The latter is also probably the best song on the record, too, and its video was recently recognized with two awards at the Gwinnett Center International Film Festival. Also, fans of old English indie band Orange Juice will find some affinity here. Stream the album at playgroundhero.bandcamp.com, and keep up at facebook.com/BeAPGHero.

MONDAY FUNDAY: The Slingshot Festival and Creature Comforts, in association with the folks from house-show organization Rowdy Dowdy, will host this month’s Industry Night Monday, Dec. 7 from 5:30–8:30 p.m. Stretching out their bill of entertainment to include three groups this time, they’ll present performances from Brooklyn, NY band Hank & Cupcakes, along with Athens’ own Chief Scout and The Hernies. As usual, this event is free for those who work in restaurant, bar or package sales establishments, so long as proof of employment is shown upon entering. Everyone else pays the normal tour admission. Any questions can be submitted to Katie Beauchamp at Creature Comforts via katie@ccbeerco.com, and for ongoing info on all things Slingshot, see facebook.com/AthensSlingshotFestival.

THANK HUGH: OK, this is a good ways off, relatively speaking, but it’s gonna sell out for sure. Graduate Athens and The Foundry will host chef Hugh Acheson Sunday, Jan. 10 for an evening of “Southern fare, live music and philanthropy” to benefit Acheson’s newly formed Seed Life Skills charity. This organization focuses on educating kids about food sustainability and is a really cool step into the gap left wide open by the gutting of practical-skills-based education at the lower levels. Live music will be provided by 6 String Drag, and the whole thing takes place from 5–8:30 p.m. Tickets for the concert event and family-style meal, which includes a three-course menu created by Acheson, are $75 per person. For those wishing to skip dinner and just catch the show, you can squeak by at $25. Tickets are on sale now, so head to thefoundryathens.com to purchase. For more information on Seed Life Skills, see seedlifeskills.org.

DO THE MOST GOOD: Congratulations are in order to local punks Muuy Biien on their recent signing to heavyweight booking agency The Billions Corporation. This is no small feat, and associated props should be given to their most recent label, HHBTM Records, for pushing the group’s profile well beyond the borders of Athens. Although currently label-less, the band is shopping its upcoming album around as we speak, and if things go well for them, you’re gonna have a hell of a time glomming onto their guest lists in the near future. To grab previously released material, head to hhbtm.com, stream via muuybiien.bandcamp.com, and keep relatively up to date at facebook.com/muuybiienofficial, even though they’ve not updated that page in almost two months.

DOUBLE VISION: There are two shows this Saturday, Dec. 5 that deserve your divided attention. First, legendary folk artist and musician Lonnie Holley will appear at the 40 Watt Club with John Fernandes and Alec Livaditis, Half Acid and Athens’ own Vernon Thornsberry, who has been graciously coaxed out of semi-retirement for this great gig. Right next door at the Caledonia Lounge will be the first Athens appearance of synth-driven Nashville, TN band Nightblonde, which features Ryan Breegle, who was once part of popular electro-duo The Lolligags. Psychedelic trippers Mind Brains and the genre-less Marshmallow Coast will also take the stage this night. Take a date! Go alone! The night is yours to miss!