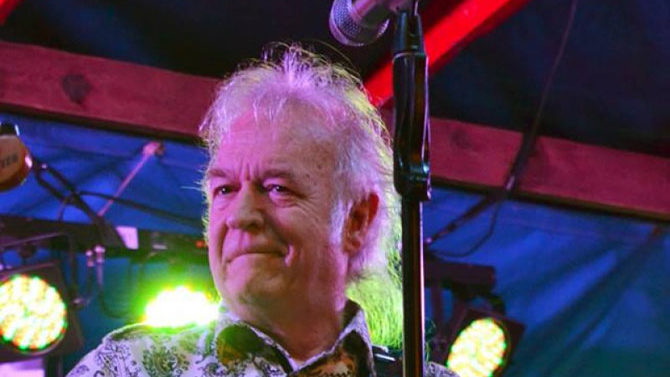 Hey everyone, it’s been a long while since this column started with an introduction. But seeing as how this is Thanksgiving week, I wanted to take a moment to impart my thanks to all of you for reading and to the Athens music scene for never running short of news to cover. The latter is the reason for this column’s existence, and the former is a weekly reminder that I can always do better. So, seriously, thanks everyone. OK, we’ve had our moment. Let’s get on with it…

PLEASE HELP: As reported a couple of weeks ago, Athens musician Michael Guthrie is deep in recovery mode following a significant medical situation that required immediate open heart surgery to restore blood flow through multiple arteries. His wife, Vanda Guthrie, underwent similar surgery in June and is still having several issues related to that, including a collapsed lung and ongoing physical therapy. The Guthries have been one of the first families of Athens music since the 1970s. A fundraising campaign for Vanda was successful, and now there’s one set up for Michael that’s just about halfway funded as of this writing. Please head to gofundme.com/es7utgf8 and know that any amount helps. Also, the music of the Michael Guthrie Band is available via iTunes and other digital markets, as well as cdbaby.com/artist/MichaelGuthrieBand. Gift-giving season is underway, so if it’s really the thought that counts, throw a thought their way.

HORNS OF PLENTY: Antlered Aunt Lord released its album Ostensibly Formerly Stunted (and on fire) via Athens own HHBTM Records last week. The band, a project of pop maestro Jesse Stinnard (who also handles drum duties in Tunabunny), has already released three videos for the record, and you can peep them at facebook.com/AntleredAuntLord, where you can also keep up with all things AAL. The album is available as an LP and digitally from the usual suspects. To be sure, Antlered Aunt Lord is weird in that same way Ween was once weird: Underneath its layers, it’s absolutely pure pop for now people. But it’s wrapped in a stylistic coat of many colors—a veritable orchestral onion—and will keep you guessing all the way, until you realize this album is simply really catchy and totally worth it.

IT’S NATURE’S WAY: Gary Grossman is a professor of animal ecology at UGA who has been using music in his classroom as a teaching tool; he even wrote an academic paper outlining his success with it. He’s recorded that music as a 12-track CD under the name Assorted Pieces, and it was composed and played by Grossman with help from Athens musicians Jay Gulley (Modern Skirts) and JoJo Glidewell (Modern Skirts, of Montreal). Grossman describes the album as covering “topics ranging from concepts (speciation, interspecific competition and the niche, foraging theory, natural selection, schooling, taxonomic hierarchy) to species (rat snakes, short-tailed shrew, northern cardinal, brook trout, red fox) to habitats (‘Piney Flatwoods Blues’).” Grossman envisions this album as a teaching tool for others to use in the classroom, too, and if you’re interested in buying one for that use, or having one for personal enjoyment, drop him a line via assortedpieces@gmail.com. Several songs, including lyrics, are available to enjoy over at youtube.com/AssortedPieces. Musically, I suppose these ukelele-based pop songs remind me of The Squalls more than anyone else. But lyrically, Grossman can go hardcore spittin’ truth. On “Interspecific Competition & The Niche,” he sings, “Competition means species must diverge/ Competition means niches shift to endure/ Competition means life never is secure.” Respect.

I AND I: The original lineup of Athens reggae band DubConscious will reunite at the Georgia Theatre Saturday, Nov. 27. The show is a benefit for the Carl Lindberg Memorial Scholarship Fund and the Carl Lindberg Legacy Fund. Multiple special guests are scheduled to appear, as well. DubConscious was most active between 2002–2012 and specialized in an authentic style of learned old-school-meets-new-school reggae and dub. Their most recent studio release was 2012’s These Days EP. Although the group’s entire catalog, which spans eight releases, is worth some deep digging, I think I’ll always be most partial to the track “Under the Weather,” from their 2003 debut, Mystery Dogg. That’s the tune that first turned my ear toward them, and, well, you gotta dance with the one that brung ya. For a truckload of listening pleasure, head to dubconscious20.bandcamp.com.