Exploring the World of MMM Sound and More Music News 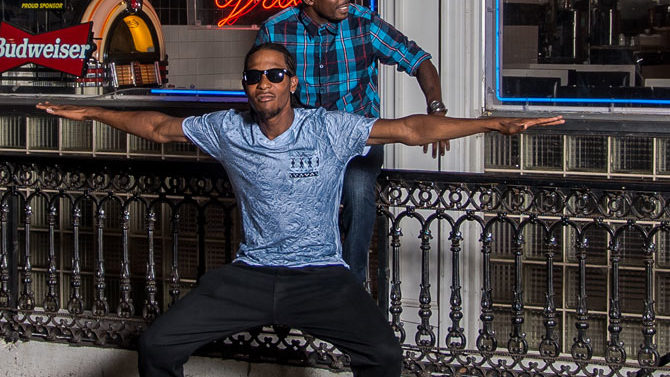 NONSTOP NIGHT: Athens hip hop artist Blacknerdninja, in association with AthFactor Entertainment, is hosting the second annual Athens Indie Fest Friday, Nov. 6. This year’s happening takes place at Vega Studio (2145 S. Milledge Ave.), and doors open at 7 p.m. The event will focus on food, fashion, music and community, and a solid nod should be given its organizers for putting it all together. The lineup is stacked with lots of Southeastern hip hop, neo-soul and even one slice of pop-punk. Featured performers include Dictator, Tru Thought, Billy D. Brell, Yung Cuz, Qwintis Senial, Tee-Roy 3Mil, Mica-Audio, Squalle, Atlanta-based gospel duo JusUs, Blood Brothers, African Soul, Chrismis, Sonny Bamboo, M. Lewis, Team SS, Socro, Profound, Blacknerdninja and LG and The Swank. House music for the night comes courtesy of tune spinner Chief Rocka, as well as The Tiny Jazz Arkestra. Advance tickets are a mere $4.07 (yep, four dollars, seven cents) at eventbrite.com. Just head there and search for IndieFest, and you’ll be all set. For more information, drop a line to Montu Miller via athfactor@gmail.com or Eugene Willis via everythingblacknerd@gmail.com.

AND ANOTHER ONE: Travis “Dictator” West continues his streak of well-produced, totally catchy releases with his new single, “Go.” It’s the first single off an upcoming mixtape that’s—for now, at least—simply referred to as Buddah. If it comes out by the end of the year, Dictator will have solidified his position as the most productive rapper in Athens for 2015. So, here’s hoping. Check out “Go” and a ton of other tracks over at soundcloud.com/dictatortharuler.

GOOD: A chance meeting with a label owner Sean McDonald led me into the world of the MMM Sound label. Although I was initially tipped to the news that his project Heat Sureens had just released its beauty-drone full-length Meet Quan Yin on vinyl (a CD-R version came out last year), I wound up listening to a whole slew of releases from the label. Especially inviting were a new solo track from McDonald named “Halloween: This Astroid Ain’t Going to Hit On You,” which clocks in at about 17 minutes and really feels like multiple compositions all bunched together, and the Transitions cassette by Germany’s Guenter Schlienz. For most of the artists on the label, you’ll need to do a little digging around to find out any info about them, but for me, at least, that’s a reminder not to expect everything in life to arrive instantly. Research is its own reward. Dig in at mmmsound.com and soundcloud.com/mmm-sound.

GRAB SOME: The Lamar Dodd School of Art at UGA has a great show coming up Wednesday, Nov. 4. It’s presented in association with Slingshot and Spotlight on the Arts and features New York’s long-running, nearly impossible to categorize experimental band Zs. Now, technically, it’s billed as “Sam Hillmer and Patrick Higgins of Zs,” but like Meatloaf said, two out of three ain’t bad. Besides, Hillmer founded the whole thing, anyway. Also on the bill this night is the duo of cellists Alec Livaditis and Chelsea Dunn. This free performance begins at 8:30 p.m., is open to the public and happens at the Dodd Galleries (270 River Road). In related news, Hillmer will give a lecture at 2:30 p.m. this same day in the art school’s room S150.

MOVIN’ ON UP: Local electronic composer Joseph Thrash, operating via his project Nifty Earth, released a new single last week named “The Breath” featuring vocalist Haley Hamblen (Space Mama). Overall, the track is a solid step up from Thrash’s already steady production and sensibilities. However, the main vocal melody is way too close to being a slowed-down copy of Ellie Goulding’s voice antics on Calvin Harris’ massive worldwide hit “I Need Your Love.” This criticism shouldn’t be taken as a slag on Hamblen’s actual voice, which is lush and dreamy and everything the track requires. The song is from an upcoming full-length release that Thrash is putting together with multiple collaborators and plans to release bit by bit, week by week, in early 2016. There’s a wealth of previously released material out on the web; check out everything so far at soundcloud.com/niftyearth, and follow along at facebook.com/niftyearth.