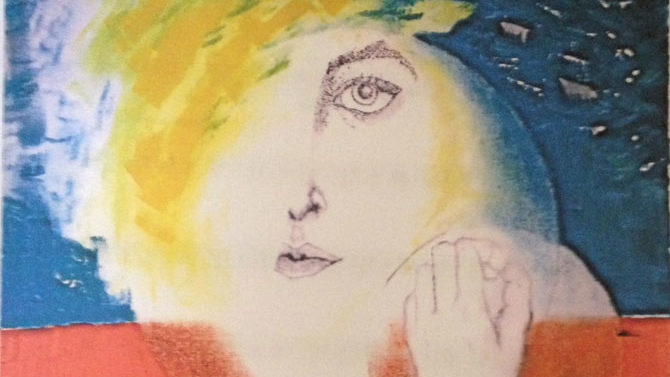 IT’S THE LITTLE THINGS: Remember when I mentioned that new album by Small Science last month? It came out right about the time it was originally mentioned, but I’m just getting around to really listening to it now. That’s actually just fine, because it’s not the kind of thing I’d have wished to rush through, anyway. The band is composed of Ben Turk, CJ Comp, Ryan Houchens and composer Maria Kindt. The self-titled record was recorded, mixed and mastered by Suny Lyons. Though its seven tracks span a variety of styles—acoustic goth-folk, drum and bass, American jazz, a variety of Latin styles and solid pop structuring—I’m mostly partial to the noisier/busier stuff here. To that end, I’d direct listeners first to the track “theoriesofdisplacement” and then have them explore the whole thing. Normally, I get pretty irritated when several styles are used on a record, but that’s because they’re normally all a’jumble with no taste or direction. Small Science seems to have plenty of each, though. Check it out at smallscience.bandcamp.com.

HEY, YOU, GET OFFA MY…: Cloud Recordings is hosting its annual festival Nov. 4–7 at the Caledonia Lounge, and the lineup this year is pretty stellar. There’ll be a total of 30 performances on two stages, and the selections run from the starkly experimental to the blissfully pop-oriented. Highlights include The Electric Nature, relative newcomers French Exit, Cult Fluorescent, Coombsbot, Naan Violence, Alec Livaditis (both solo and in duo with John Fernandes), the rarely seen Sea of Dogs, the even more rarely seen Summer Hymns, The Cryptides, The Shoal Creek Stranglers, Wanda and Cult of Riggonia, among others. Tickets are $7 at the door each night or $25 for all four nights. For more info, see cloudrecordings.com or facebook.com/cloudrecordings.

MALLIS’ PALACE: Athens pop maestro Nicholas Mallis has a new EP coming out next month, and he just released the first single, “A Song For Georgie Fruit,” this week. Of Montreal fans will recognize this as a direct reference to Kevin Barnes, and indeed, the song was inspired when Mallis was watching the oM documentary The Past is a Grotesque Animal. Although Mallis describes the song as “fan fiction,” which tends to be worshipful, it also doesn’t shy away from being critical where criticism is perhaps due. The most obvious nod to of Montreal, really, is the song’s musical structure and vocal phrasing. The new EP is named The Hobby Lobbyist, and though it’s still a few weeks until you can grab it, you can check out “A Song For Georgie Fruit” at nicholasmallis.bandcamp.com. Keep up with all things Mallis via facebook.com/nicholasmallis.

STOP THAT RIGHT NOW: Bombs Away Books is hosting a night named “Riot Grrrl and Rap for Racial Justice.” It happens Friday, Oct 30 and starts at 7 p.m. The idea behind the mixed-media event is to host an effort “to dismantle sexism, homophobia, ableism, transphobia, white supremacy, all racism and other unconsciousness of the 21st Century.” To this end, the night begins with a screening of Vega Darling’s Lost Grrrls: Riot Grrrl in Los Angeles, which came out this summer. Also up this night are Athens rapper Chrismis, organizer Stella Zine and Scottish activist/musician Ste McCabe, who really shouldn’t be missed if at all possible. For more information, see facebook.com/bombsawaybooks.

OLD TIME RELIGION: Rapper Donny Knottsville just released the final chapter in his “rock beats” trilogy, and it’s titled, appropriately enough, Rock is Dead. It’s produced by Knottsville, engineered by Joel Hatstat and has contributions from SOHI, Cubenza and Triz. This album features Knottsville-produced beats that pull samples from across a spectrum of rock music, where before he’s limited himself to a smaller pool of sources. For example, Hoof Beats, from February, featured only samples from long-running band Deerhoof. Anyway, his idea was to have this new record “harken back to the symbiotic, synergistic relationship rock and hip hop possessed throughout the 1980s.” Simply put, the 17-track album is the jam. It’s perfect for late-night cruisin’, daytime drinkin’, house partyin’, lawn mowin’ or whatever you like to do when listening to music. Knottsville’s lyrics are pretty damn rock solid, too, and worth more than a second listen. Dig it at donnyknottsville.bandcamp.com.