Summer is Over, and So is Summer Singles 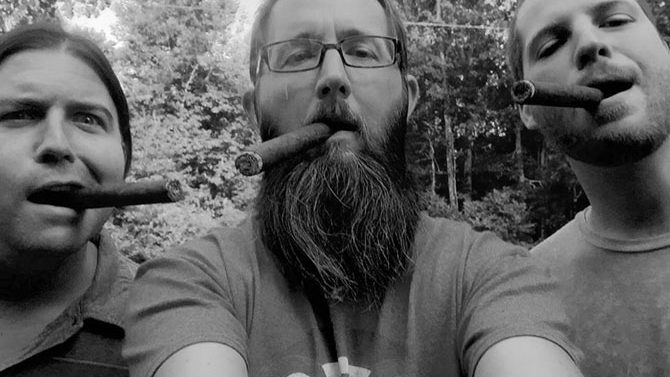 FINAL ROLL CALL: MOEKE Records wrapped up its Summer Singles series a couple of weeks ago. The three final tracks come courtesy of Junker, The Salt Flats and Tongues. Each was recorded in a single five-hour session at The Glow Recording Studio by label and studio head Jesse Mangum. The Tongues track, “Peels,” feels very off-the-cuff, the whimsical style the band excels at. The Salt Flats’ “Witch Hunt” is a great showcase of the efficiency of this recording process. It’s a large-sounding, mid-tempo rock dirge that sounds like it took much longer than five hours to record. Finally, Junker’s “Alabama to Athens” represents a welcome return to the local scene. The group has been out of commission for a long while dealing with serious health issues. The song is standard Junker fare—that is, it’s well equipped with telltale pedal steel, kinda sad lyrics and plaintive vocals. Grab ’em all at moekerecords.bandcamp.com.

IT’S TRICKY TO ROCK A RUN: The sixth annual AthHalf Half Marathon—what a mouthful, right?—happens Sunday, Oct. 25. Early registration is closed, but you may still register at the $90 rate through Oct. 24. New this year is a “virtual registration” option for those who want to run but won’t be in town. Yes, for $45 you can register online, run 13.1 miles anywhere in the world, submit your time to AthHalf officials before Oct. 27 and be listed as a participant with full T-shirt and medal privileges. I gotta declare—sincerely, even—that this is a brilliant approach for the fundraising event. But what I really want to tell you about are the live bands that will pepper the course. Dawgtown DJ will be at the starting line, then, at consecutive mile-markers, DJ Mahogany, Whacka Pets, Despicable Liars, Reverend Conner Tribble & the Deacons and Zenith Blue & Connor Byers. You’ll be on your own for a bit after that until you get closer to the finish line and are greeted by Timi Conley & Friends and The Welfare Liners. For more info, see athhalf.com.

FALL, Y’ALL: Even though all their artists aren’t from here, I’d be totally remiss if I didn’t give a solid shout-out to Athens-based Fall Break Records. They just released a massive, 22-track compilation named Legends of the Fall Vol. 1: A Jangledelic Compilation from the Artists of FBR, and true to form, the folks behind Fall Break are still well possessed of ears and taste. I’ve been a fan of the pop- and psych-focused label since day one. On this new comp, listeners get two tracks from 11 different artists; standouts include Dead Neighbors, Attic Fowler and Ardivan Walks. But the whole thing is a pretty neat listen. Dig it at fallbreakrecords.bandcamp.com.

LET’S GET CIVICAL: Two neat-o community events will happen this weekend. First, on Saturday, Oct. 10, Habitat for Humanity will host its Ride, Rock & Run event that features metric century (62-mile) and half century (50-mile) bike rides, a 5K, food trucks, a kids’ zone where, I guess, kids can zone out, and to-be-announced live bands in a benefit concert. This all happens at the Jittery Joe’s tasting room on Barber Street and runs from 10 a.m.–3 p.m. For more info, see facebook.com/athenshabitat. Then, on Sunday, Oct. 11, My Athens and Terrapin are hosting the Athens Taco Takedown, which features food from multiple Athens restaurants, beer from Terrapin, a taco art show that My Athens has been diligently assembling for weeks and live music. Tickets are $35 for those over 21 and $25 for those under. This happens at Terrapin HQ from 4–6 p.m. and also benefits Habitat for Humanity. For more information, see facebook.com/myathensis.

SATISFIED?: The Georgia Theatre is hosting a benefit for Family Connection-Communities in Schools. It’ll feature five bands playing selections from the same-named Let It Be albums released by The Beatles and The Replacements. Featured bands are New Madrid, Dana Swimmer, Oak House, Grand Vapids and PCI, which features members and former members of Modern Skirts, Futurebirds, Gift Horse and The District Attorneys (Phillip Brantley, Payton Bradford, Hunter Morris and Drew Beskin.) It’s happening Tuesday, Oct. 20 and will run you a mere $5. For tix and info, see georgiatheatre.com.