Tedo Stone Rubs Some Dirt On It 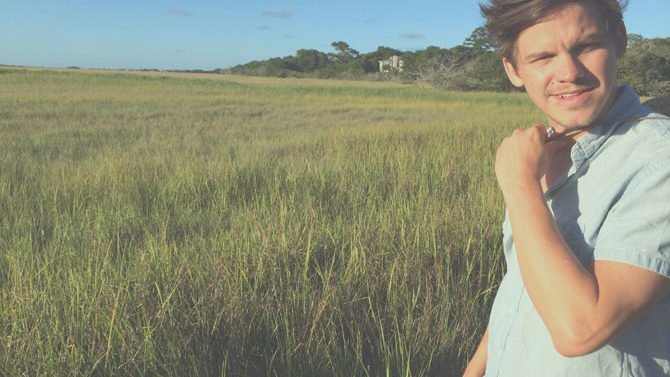 TIME MARSHES ON: Although he technically calls Atlanta home, songwriter Tedo Stone sure does log a whole lotta time in Athens. His upcoming album, Marshes, to be released in September by This is American Music, was recorded live to tape by engineer Drew Vandenberg. Stone’s live band and studio band are different, but the album includes several Athens luminaries, including McKendrick Bearden (Grand Vapids), Thayer Sarrano, Frank Keith IV (The District Attorneys), Matthew Anderegg (New Wives), Grafton Tanner and Clay Houle. The lead single from Marshes is called, appropriately enough, “To the Marshes.” I don’t really get the idea that this is supposed to sound like Dinosaur Jr. meets Neil Young, as the press release indicates. The first band that popped into my mind was Suede. Sure, a dirtied-up Suede, but I hear it nonetheless. Stone’s voice even warbles at times just like Marc Bolan. So, it’s kinda like Marc Bolan singing for Suede in 2015. But with some dirt on its face, because that’s the only way glam-influenced Americana is gonna make it outta the gate these days. It’s a dang fine tune. Check it out at tedostone.com.

BEDSIT MANNER: Approximately four minutes of “teaser” music from the cassette split release between Stay at Home Dad and Futo is now online. The actual tape features 10 minutes of music from each artist and is reportedly being issued in an edition of 10. As in, only 10 copies. I dunno, man: I dig both these artists a lot, and each adds a welcome breath of fresh, creative, new-wave-peppered air to the Athens scene. I bet they could have at least sold 15. Anyway, dig the samples over at 1800stayathomedad.bandcamp.com.

SAVE THE DATES: The fourth Athens Intensified festival will happen Oct. 7–10 at multiple downtown venues. Full disclosure: This is my event, but it’s also legit news, and this is the news column, so here we are. Lineup announcements will come soon, but go ahead and save the dates. For more information, visit athensintensified.com or facebook.com/athensintensified, and/or drop a line to director@athensintensified.com. Thank you.

ONE OF OUR OWN: Normally, this column only sings the praises of musicians, but now, I want you to pay attention to someone behind the scenes. Vanda Guthrie, wife of Michael Guthrie, mother of the late Jon Guthrie and sister-in-law of the late Herb Guthrie, has tirelessly supported, nurtured and acted as surrogate mom to many Athens musicians. She is, hands down, one of the most lovely and caring people I’ve ever met in Athens, and she needs our help. Last month Vanda, who cares also for the community at large via her leadership position at the Salvation Army, underwent heart surgery and will need at least two–three months of recovery time. A GoFundMe campaign has been set up and is doing fairly well, but could do better, too. Please consider giving what you can to help her during this time where no further stress is needed.

AND ANOTHER: The aforementioned Thayer Sarrano has a new album coming out Aug. 28. It’s titled Shaky, and its lead single is “Crease.” It’s a heavily layered track of the sort we’ve come to expect from Sarrano. Distinctly, though, “Crease” is the sound of urgency cuffed to its own reserve. When the song builds and builds and, at the 1:47 mark, the vocals double up in a reverb swell, it’s more like the emotion is collapsing in on itself, rather than bustin’ loose. Listen at least a couple of times to see what I mean. It’s a hell of an effect and makes for a very cool listening experience. For more information, see thayersarrano.com and facebook.com/thayersarrano.