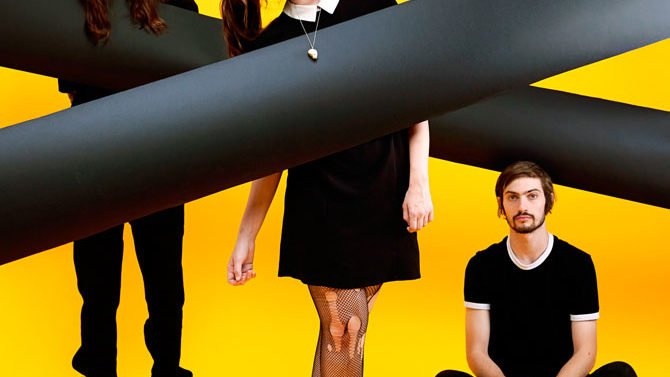 Hopefully y’all have recovered from AthFest and its attendant/requisite marathon of days. Now is the time to cool your skin, completely rehydrate and continue to do your part as a member of this scene. Carry on, troops.

PLAYIN’ IN A TRAVELIN’ BAND: By the time you read this, Monsoon will be out on the road for a pretty substantial month-long tour. They’re actually launching the thing in Brooklyn, NY, then winding back down the coast, hitting Mississippi, Kentucky, Alabama, Louisiana and North Carolina. They’ll return to Athens for one night to play the Georgia Theatre rooftop on July 23 before heading down to play Macon’s annual Bragg Jam. In other news, longtime Monsoon drummer Joey Kegel has vacated his throne. Picking up the beat is Emmett Cappi (Velocirapture). In even further news, the band’s single for the 2015 Moeke Records Summer Singles compilation is available to stream at moekerecords.bandcamp.com. Keep up with Monsoon’s whirlwind via facebook.com/monsoonathensga and monsoonband.com.

HOARSIN’ AROUND:  Experimental combo Crazy Hoarse has a new EP out titled Pseudo Dirkschneider. Like almost everything else founding member and multi-instrumentalist Killick Hinds touches, the title is a play on words. This particular play reaches back to the early 1980s, and it’ll be a lot more fun if you figure it out for yourself, so I’m not telling. But the cover artwork is a beautiful restructuring of the late Ornette Coleman’s 1961 sky-buster, Free Jazz. This recording features Killick alongside drummer John Norris. The group has featured other members in live settings, so it’s to be determined if this duo concept holds. The four-piece EP features the most aggressive drumming Norris has done with Crazy Hoarse, and overall, I found it unusually accessible and brightly tuneful. That said, Killick and company have never been known for setting their sails for mainstream waters, so mileage may vary for the uninitiated. Get initiated at killick.bandcamp.com.

BUZZ, BUZZ, BUZZ: There’s a small rumor going around in the music press that the new single by Cancers, the duo of Lenny Miller and Ella Kaspar, is reminiscent of the Jesus and Mary Chain, et al. That’s just plainly not true, unless, of course, you never heard J&MC, in which case I can understand your confusion. Putting aside the deliberate curiosity of pushing a B-side—sorry, it’s a “double A-side record”—to press (the new single is “Missed” b/w “Helpless”), it’s much closer to the truth to describe the song as unbelievably overdriven Swervedriver with really buried vocals à la Cranes. So, yeah, it’s punishingly loud, and the vocals are paradoxically congruent via their nice melody and understatedness. It’s a very different sound from the one on Cancers’ debut album, Fatten the Leeches. That record saw the band playing super-tight, ‘90s-style alternative-pop gems. The new sound—although it remains to be seen whether it’s a permanent change or a pathway to something else—is much closer in spirit and execution to my personal tastes. So, thumbs up, y’all. Staying true to the double A-side idea is a one-sided 7-inch record featuring both tracks that will come out on Debt Offensive Records next month. Until then, you can hear it at soundcloud.com/nothingmorenothingless.

AN HONEST TUNE: Known around the world for their live shows, it only seems fitting that Widespread Panic would finally record an album live in the studio. The upcoming release from the band is titled Street Dogs, and it’s slated for release Sept. 25 courtesy of Vanguard Records. The group’s last studio release was 2010’s Dirty Side Down. Athens producer-to-the-stars John Keane recorded and produced the album at Asheville, NC’s Echo Mountain Studios. Longtime drummer Todd Nance, who has been off the road since 2014, is planning to return to the band in 2016. Occupying the drum kit on the road and on the new album is the band’s everyday companion Duane Trucks. The closest Panic will get to Athens in the foreseeable future is when they hit Nashville on Sept. 5 and 6, but those are most likely going to sell out, so grab tickets soon if you wanna wrangle your space. For all other information, visit widespreadpanic.com.