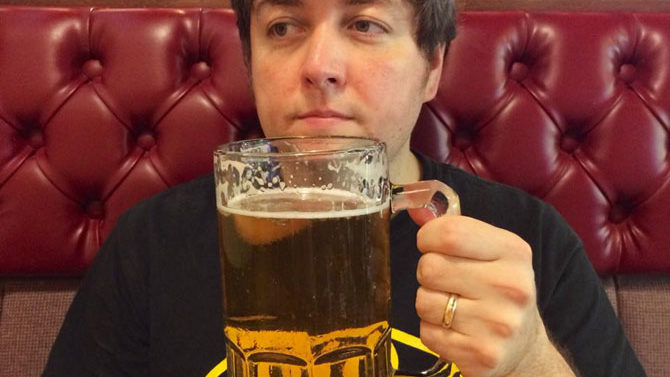 COAST ALONG: Longtime Athens musician Andy Gonzales has directed his almost 20-year project Marshmallow Coast through the distinctive lens of his multi-tentacled musical tastes. His newest album, Vangelis Rides Again, will come out May 5 on HHBTM Records. Moving away from the 1990s sound the project had for a long time, the new album also breaks entirely with the cloyingly twee kindergarten-isms that once defined the project. Twenty years is a long time, and Vangelis Rides Again is a smooth and thoughtfully moving album that nods nicely to its namesake.

YOU CAN BE HEROES: As previously reported, AthFest wristbands are currently on sale for $20 and will go up to $25 in May and $30 in June. (AthFest runs June 26–28.) Now, we know the funds raised from the event go to support AthFest Educates, but the money raised by the festival each year doesn’t cover all the work the organization does. So, if you wanna be a real hero, consider purchasing your wristband early via the newly launched “Superhero for AthFest Educates” deal, where packages for single wristbands are $25 and a pair is $50. Each package includes a copy of this year’s AthFest compilation CD. In addition, the purchaser’s name will be listed on a banner hung by the Hull Street stage. There’s also a recognition in the event program, and if you go for the $50 set, you’ll get an AthFest lapel pin. Think of it this way: You can slack and pay $25 or more per wristband with zero added premiums, or you can think ahead and spend the exact same amount of money (or less!), plus get bonus stuff. Be an American, dammit, and get more stuff! Because I can find neither hide nor hair of this fundraising effort on athfest.com, visit igg.me/at/athfest to purchase.

NOISE ANNOYS: Speaking of festivals, a one-evening experimental festival will happen at Go Bar on Wednesday, Apr. 29. The compelling and pretty neat-o lineup includes Virginia’s Nu Depth, Philadelphia’s 185668232, Baltimore’s Sick Lion, Atlanta’s Pamela_ and her sons and, from Athens, Wild of Night, Ginko, Cottonmouth, TV Head Guy and KUSA87, as well as visuals by Alessandra Hoshor and Pops Baron. Roll up at 8 p.m. and do this.

AND ANOTHER ONE: Keeping with this week’s theme, let’s go ahead and mention that the fifth annual Up Your Athens Punk & Ska Festival has gone Coachella-style and will occupy two weekends this year at the Caledonia Lounge: It’ll happen May 1, 2, 8 and 9. All told, 54 bands will play, and it’s still only $1 per night for people over 21 and $3 for those under 21. The entire thing is all-ages, too. This year’s event is dedicated to the memory of drummer John Barber, who passed away on Jan. 1. Barber played in Athens punk band Triangle Fire with Up Your Athens organizers Tandi Murphy-Hall and Nick Hall. There’s no dedicated website for the fest, but Facebook reveals all.

THANK YOU SIR! MAY I HAVE ANOTHER?: The 37th annual Athens Human Rights Festival is happening May 2 and 3 on College Square downtown. While the fest is dedicated to progressive and radical causes, and the sharing of information regarding such, the live music presented is a large draw. As of this moment, the only band totally confirmed to play is the classic Athens group The Squalls, but the festival’s website will have the full schedule as it develops. Organizers also host an annual battle of the bands as a benefit for the event, and the two winners (Judges’ Choice and Audience Choice) get a spot on the main stage. This year’s battle happens Apr. 25 at Nuçi’s Space. For more information, see facebook.com/AthensHumanRightsFestival, facebook.com/battleofthebandsahrf and athenshumanrightsfest.org.

IT TAKES TWO: The Athens Tango Project is taking a break from performing to work on its new album. The group will play its final show of the year May 2 at Hendershot’s Coffee Bar, where they’ll share the bill with vocalist Mary Sigalas. ATP has been working on new material that they report might just make it onto the new record, and you can preview some tracks at soundcloud.com/athens-tangoproject. For all other information, see reverbnation.com/athenstangoproject and facebook.com/athenstangoproject.