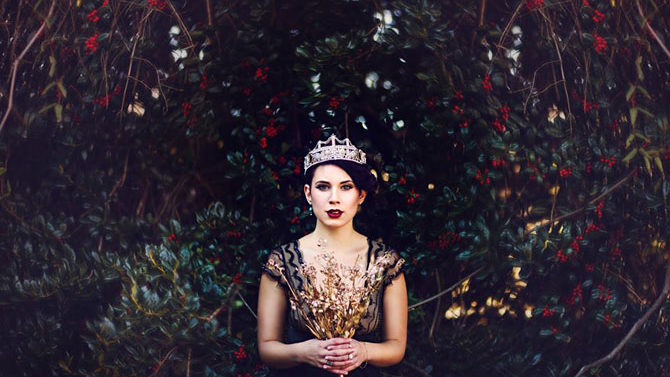 RISE UP: The OE85 Movement will host its next event, Feminenergy, at Hendershot’s Coffee Bar from 6:30–10 p.m. on Tuesday, Apr. 21. The idea behind this showcase, which includes an already-closed open mic portion, is to host a night of “female empowerment through the spectrum of the arts.” OE85, aka Onyx Echelon 85, was created by Akeeme “DJ BlacqueStarr” Martin, and he will host the evening. Featured performers include pop singer Milyssa Rose, Zale (aka Hannah Zale, ex-Boomfox), R&B artist Repunza, Powerkompany and soul vocalist Tashia Love. The open mic will include spoken word, poetry and additional music.

WHERE’S YOUR MODEST MOUSE NOW?: It’s submission time for the 10th annual Sprockets International Music Video Festival. Founded in 2004, it’s reportedly the longest-running film festival of its type in the world. While functioning as a great showcase for music videos, there are also three specific awards given for Best Music Video, Best Georgia Video and the Audience Choice Award. This year’s winners will receive a trophy built by Athens sculptor Mike Harboldt, of the St. Udio design studio. The early deadline is Apr. 15, with an entry fee of $27, and the late deadline is Apr. 30, with an entry fee of $37. There are some very specific technical requirements, so please read those carefully. All information can be found both at filmathens.net and the links that site points you toward. Break a leg, y’all! This year’s Sprockets happens July 24 and 25.

YOU’VE YET TO HAVE YOUR FINEST HOUR: WUOG 90.5 FM is hosting its annual Spring Thing on Friday, Apr. 17 at Go Bar. Featured bands are Athens’ own Saline and Meth Wax, as well as Atlanta band The Scraps. This is also the night when WUOG hands out its own awards to station staffers, so I guess there will be the thrill of victory and agony of defeat going on, too. The whole thing starts at 9 p.m., and DJ Mahogany will start spinning at midnight.

A LITTLE BIT SOFTER NOW: Drive-By Truckers are reviving their scaled-back live show project, The Dirt Underneath. The idea is to workshop new material and create different takes on existing work in a quieter, more intimate environment. Even so, the shows can wind up being at least a little electrified, even if they were conceived as acoustic affairs. Anyway, for Athens readers, this is all more rhetorical than instructional, because the April leg of The Dirt Underneath is concentrated on the Midwest and West Coast. However, Patterson Hood will play two solo shows in Alabama in May, and neither of those is too long a drive to seriously consider. For more information, see drivebytruckers.com.

YOU SURE DAN HARTMAN DONE IT THIS WAY?: Athens band Sumilan manages to hit every point of its new album, En Transit, with its use of the tag “ambient, electronic, progressive rock.” While tracks like “Escape Plan” mix the “ambient” and “rock” ideals too closely for comfort, if the band can stay on task with the mid-1980s soundtrack-esque stuff like “Ain’t Missing You,” it could totally nail a local R&B revival. And, to think, it never even used “R&B” as a descriptor. At any rate, the album came out last month, but the heavily touring band will play its hometown release show Apr. 24 at Live Wire. Also on the bill this night is Athens group Universal Sigh, who are planning an entire set of Led Zeppelin covers. Totally not kidding. Listeners can keep up via facebook.com/Sumilanmusic and sumilan.bandcamp.com.

GAME ON: Congratulations go out to Athens rappers Loyal (aka Justin Loyal Smith) and 3ft (aka Keefie Johnson), who each signed deals with Classic City Records last week. Their first upcoming project is actually a collaboration titled Tell ‘Em Naw, but no release date is available just yet. Satiate your thirst first by digesting Loyal’s Kuntry Coolin’, which came out this past January, via loyal706.bandcamp.com, and 3ft’s I Am Derrick (Flagpole review) via Soundcloud.