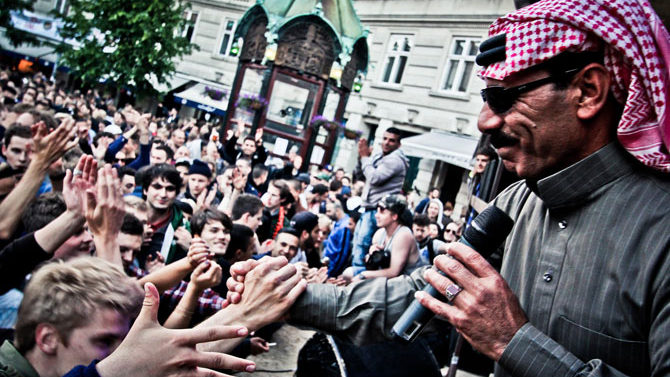 This week, Flagpole is in Austin, TX for South By Southwest. Thus, this week’s column is only gonna accentuate the positive. Why? Because we prefer to put our best foot forward when we’re guests in someone else’s town. So, if you’re wondering why the crappy record by your ridiculous band isn’t mentioned, that’s why.

AND ALSO: Our live SXSW coverage is over on Homedrone, and my more off-the-cuff remarks can be found via Twitter @gordonlamb.

SAY WHAT?: In related news, We’re hEAR For You co-founder and executive director Katie Carmody will appear at SXSW as part of the moderated panel “Be Hear Now: Hearing Protection Is Music’s Future.” WHFY is best known locally for its canisters of free earplugs at local music venues, but it’s also a steadily growing nonprofit with a presence at several major festivals and other cities around the U.S. The panel happens Wednesday, Mar. 18 in room 10A of the Austin Convention Center. Hearing loss is an important issue for regular gig-goers. For those in Athens wanting to check out exactly how much damage they may have done over the years and how to prevent more, the UGA Speech and Hearing Clinic has you covered. They’re conducting free hearing and speech screenings Friday, Mar. 20 from 9 a.m.–noon. They’re located on campus at 593 Aderhold Hall (110 Carlton St.), and can be reached by phone at 706-542-4598.

HELTER SKELTER: The quickly approaching Slingshot Festival, which runs Mar. 26–28, has released single tickets for its headlining shows. Added together, they’d total $142, which should make the full-on passes—priced at $70—a lot more attractive. But, if you insist on doling out your cash piecemeal, far be it from me to stop you. The  shows available for now for purchase are James Murphy, DJ Windows 98 and Michael Lachowski ($30); Jamie xx ($20); Reptar and Skylar Spence ($20); Nosaj Thing, Clark and Rival Consoles ($15); Andy Hull, Ryley Walker and Roadkill Ghost Choir ($15); Omar Souleyman ($15); Japan Nite! headlined by Peelander-Z ($15); and Single Mothers and Monsoon ($12). These seven shows, as stupendously great as some of them are, are also only a tiny slice of everything happening with Slingshot. Spend some time over at slingshotathens.com and explore some of the incredible offerings.

RULER REPRESENTIN’: Hard-hitting Athens rapper Travis “Dictator” West released a new track last week named, appropriately enough, “Concrete.” It was produced by Red “BeatMan” Johnson for Official Productions. Coming just a few months after his last track, “Watered Down,” it’s both more club-oriented and more hardcore. Dictator’s vocals come at a rapid-fire pace, but avoid being so fast that there’s no way to distinguish the lyrics. All in all, it’s a fine slice of Athens hip hop that will hopefully lead to a new full-length album soon. Dig it at soundcloud.com/dictatortharuler.

BITS-N-BOBS: Although generally a little too heavy for the “dream-pop” tag, Fake Flowers may be able to sneak through its back door with their new single, “Don’t Cry, Kiddo.” It’s the first track off a new upcoming EP titled Wonder Wave that’s supposed to come out this week. Check it on Homedrone… Yet another happening has been added to the weird world of Mr. Blank, and this time it’s an afterparty—two weeks later, mind you—to his just-wrapped Carnivale of Black Hearts double feature event. This party happens at Flicker Theatre & Bar this Saturday, Mar. 21. It’ll feature a presentation by the organizers of the in-the-planning-stages Classic City Fringe Festival, plus live performances by iNTELLi G, Mr. Blank, PsyleNts and the aforementioned Carnivale’s own Weird & Wandering Sideshow. See facebook.com/carnivaleblackhearts for info.