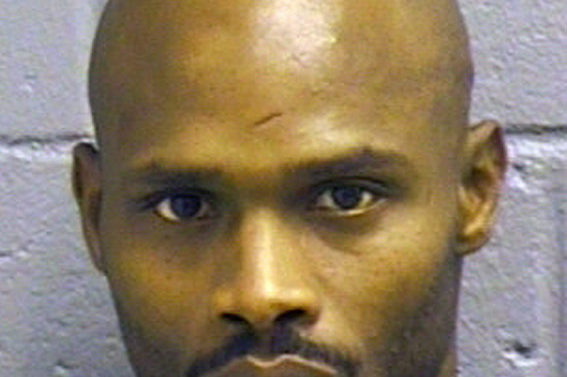 Admitted cop-killer Jamie Hood is finally going on trial in June on 70 charges, including two counts of murder during a crime spree in 2011 that drew national attention. It’s going to cost us.

Clarke County court officials recently asked the Athens-Clarke County Commission for $308,393 to pay for the eight-week trial. That figure includes money to select a jury in Elbert County and feed and house them while they’re sequestered in Athens, as well as additional security at the jury’s hotel and the courthouse.

Commissioners are scheduled to discuss the request at 7 p.m. tonight at City Hall and will vote on it Apr. 6.

Hood stands accused of killing ACC public works employee Kenneth Omari Wray in December 2010. Three months later, authorities say, he kidnapped a witness to that killing who later escaped out of the trunk of a car. During the ensuing manhunt, Hood shot and killed Officer Buddy Christian and shot Officer Tony Howard (who survived) in the face after they stopped an SUV he was hiding in at a Sycamore Drive apartment complex.

Hood went on the run for four days, finally surrending after taking hostages in a house off Commerce Road and a tense standoff that ended with him confessing on live television that he’d shot the officers.

Since his arrest, Hood has been kicked out of court for outbursts, run off one set of lawyers and tried to fire another public defender. He’s also sought to have his trial moved out of Athens, but a judge opted to import a jury instead.

In order to avoid giving the defense any potential grounds for appeal because they knew Howard personally, two judges, Lawton Stephens and David Sweat, have recused themselves from Hood’s case. It’s now being tried by Superior Court Judge Patrick Haggard.