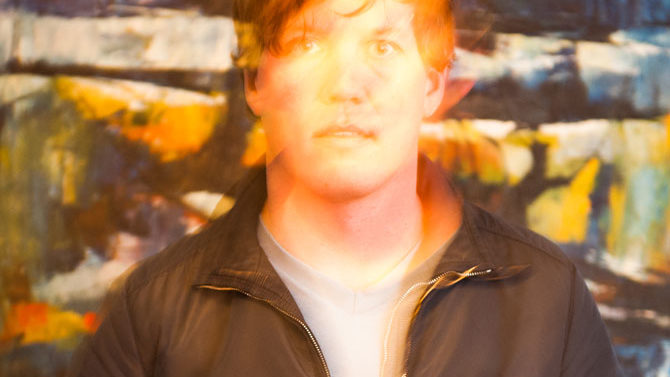 AS I LAY CRYING: It feels like a personal victory for me to declare that Blue Blood will finally celebrate the release of its debut album, This Is the Life, Apr. 28. It comes courtesy of pan-Southeastern label This Is American Music. The 11-track album covers the whole breadth of Blue Blood’s styles, each of which is complementary. With a herculean twist of skill, the group manages to combine shoegaze, guitar-oriented indie rock, pastoral melodies and a slight touch of roots-country and folk with modern production techniques. This Is the Life is a shoo-in for my top-10 list of 2015, and it’s only February. For the most part, the band has played all these songs live for a while, so fans will surely recognize them. If you don’t know them yet, get to the Georgia Theatre Thursday, Feb. 26, when Blue Blood opens for Futurebirds. For more info, see facebook.com/bluebloodtheband, bluebloodtheband.com and thisisamericanmusic.com.

SO MANY THINGS: Due to the (reportedly temporary) shuttering of popular party depot Max, promoter Mux Blank has moved his two-night event, “A Carnivale Double Feature,” to the newly minted Lumpkin Street Station (the former Green Room.) It happens Friday, Mar. 5 and Saturday, Mar. 6. Night one features the Carnivale Talent Show Contest, the Tinderbox Circus Sideshow, multi-faceted “electro-swing” act Vourteque and the Blue Moon Circus, and costs $5. Night two is a massive bill starring the Coney Island Rock n’ Roll Roadshow, which is currently composed of the Jesse Ray Carter Trio, Deadly Lo-Fi, the Cut Throat Freak Show, “pin-up-fetish model/horror geek/tattooed freak” Scarlett Storm and emcee Daddy Stitches. This night will run you $8. There are way too many details to go into here, but trust that if you’re at all into tattoos, sideshow antics and performance, this is how you should spend your weekend. It’ll also probably be a blast to catch the reaction from the Lumpkin Street crowd as all this happens smack dab on their stomping ground. For more information, drop a line to Blank via blankbooking@gmail.com.

LET’S GO DEFENSE: The 2015 Protect Athens Music Conference is happening Tuesday, Mar. 3 from 4:30–7 p.m. at the 40 Watt Club. A production of the Sports and Entertainment Law Society at UGA, PAM is coordinated by law student and SELS vice president Payton Bradford, who has a decade of Athens music under his belt via his tenure in Ice Cream Socialists and, more recently, Futurebirds. The two featured panels are “What’s On Your Sleeve: The Role of Record Labels Today” and “Do It Yourself or Go With The Pros: Publicity in the Internet Era.” UGA Music Business Program director David Barbe will moderate the first, while former Flagpole music editor, current 3L and SELS president Michelle Davis will moderate the second. It’s all free and open to the public, so don’t feel like you’ve gotta ask a whole bunch of questions.

OH, ATHENS, GA. SO MUCH TO ANSWER FOR: Have you walked past Manhattan Cafe recently and overheard the sad, lonesome sounds of sentimental journeys? Well, that’s DJ Nate from Wuxtry (aka Nate Mitchell) slogging tunes. He does it every Tuesday night beginning at 9 p.m. and spins until “last call” is called. He describes it as “maudlin music for melancholy people. The perfect weekly refuge for local lonely hearts who prefer to drink solo whilst ruminating about what could have been. The experience often borders on the cinematic.” These evenings are called Loungey Tuesday, because of course they are.

IT TAKES TWO: The Reverend Conner Mack Tribble will be joined by bluesy vocalist Jaclyn Steele in a performance of duets they’re billing as Jaclyn Steele and the Reverend. It’ll happen at Tribble’s regular spot, Office Lounge, on Saturday, Feb. 28. Unlike nearly every other gig in town, it’ll kick off at 8:30 p.m. If you want to check out Steele, head to jaclynsteele.com.