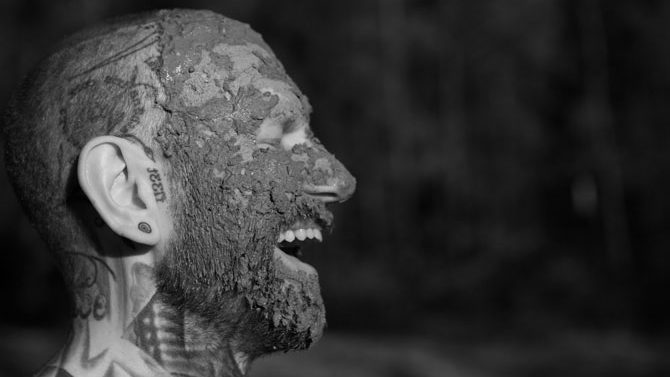 NOTHING SHORT OF TOTAL WAR: The last time I mentioned multi-talented multi-instrumentalist Killick in these pages was Nov. 12. At that time, I was writing about his two-record punch that had just come out. Since then, he’s released a mind-boggling five additional recordings in what can only be assumed is his personal quest to become the Robert Pollard of difficult music. These new records are as follows:

There’s a whole world of things to be written one day about Killick—his methods, mindset and endless creativity—but I feel like I’ve said enough for now. Catch up before the next batch arrives via killick.bandcamp.com.

(EDITOR’S NOTE: In the few days between the filing of this column and its publication, Killick has uploaded two more recordings to Bandcamp. Go figure.)
NO EXPIRATION DATE: Although this is coming a bit late, and might seem a little off-kilter, a record just crossed my desk that I’ve got to tell you about. The annual Christmas program at Redeemer Presbyterian Church, “Lessons and Carols,” happens (obviously) each year, but the church recently uploaded the recording of its 2013 performance to Bandcamp. It’s a really great presentation suitable for fans of folk, chamber and small orchestra. I’ve no idea who is actually performing on it, but the group is particularly strong on the ancient (circa 275) “Let All Mortal Flesh Keep Silence” and the relatively modern (i.e., 16th Century) “Lo, How a Rose E’er Blooming.” You can hear it at redeemerathens.bandcamp.com, where you’ll also find a recording of the 2012 program. For more information, see facebook.com/redeemerathens.DETAIL DEPARTMENT: The initial lineup of the 2015 Slingshot Festival was announced last week, and now we’ve got a few additional details for you. A select number of VIP passes are on sale right now at different price points. For $70, you get access to every Slingshot tech, art and music event; for $80 you get the aforementioned plus entry to the festival’s comedy night. If you only want to laugh, you may purchase a single VIP comedy ticket for $20. Although the term “VIP” is most usually associated with a higher price level, these tickets are actually the least expensive option for exploring Slingshot. The VIP status is meant to reflect the guaranteed access granted to purchasers, including headlining music shows, so long as you arrive at the venues within half an hour of doors opening. (After that, VIP passes will allow for priority but not guaranteed entrance.) Organizers report that there will most likely not be individual tickets available for shows, but that there will soon be day passes for sale for something like $35. VIP ticket-holders will also receive a $20 credit for using the car service Uber during festival dates. At present, Slingshot has 12 downtown venues booked. You can order passes and get more information at slingshotathens.com.BITS-N-BOBS: Hats off to Chase Park Transduction for its inclusion in a list of “15 of the World’s Most Legendary Recording Studios,” published by travel journalism school Matador University. The list places the Athens fixture alongside New York’s Electric Lady, England’s Trident and Abbey Road and Atlanta’s Dungeon, among other highly notable locations… Vintage and consignment store The Pope On Prince will host an instrument swap meet the first Thursday of every month beginning Feb. 5. It runs a full working day of the store’s hours of 11 a.m.–7 p.m. Everyone’s welcome to bring what they got, wish for what they want and “haggle, argue, hug and swap.” See facebook.com/thepopeonprince… WUOG 90.5 FM Local Music Director Alec Livaditis has quietly been curating some very cool free-form/experimental shows lately under the moniker Ensembles. The next is Friday, Feb. 6 at Go Bar, and will feature Richard Hunsinger, poet Hannah Lawless, Chelsea Dunn and Grace Thornton, as well as as free-improvisational trio Kindt/Williams/Turk. It starts at 10 p.m. and is donation-based for those 21 and older and $3 for 18–20.