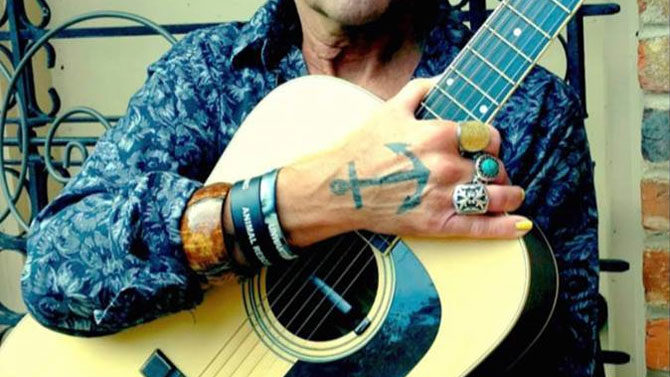 It’s been a good while since this column had a proper introduction, but seeing as it’s Thanksgiving and all, this is a good time to do such. Although T&P isn’t really known for its, uh, sentimentality, it should still be mentioned that this column simply wouldn’t exist without you: readers, in general, and the Athens music scene in particular. I want to personally thank each person who reads this every week and all those who keep our scene vibrant. All of you are part of what makes Athens such a wonderful place to live, work and create. Happy Thanksgiving, y’all.

Triple Play: Drive-By Truckers ended their current tour last week by playing three nights in a row at legendary San Francisco venue The Fillmore, and the band reports that Athens engineer David Barbe and musician son Henry made the trek out there to record the shows for a live DBT album. These were the last full-on Truckers shows for a good while, but you can still get your solo fix: Both Patterson Hood and Mike Cooley are heading out for a string of solo gigs. Hood will appear closest to Athens when he plays Decatur venue Eddie’s Attic on Dec. 4 and 18, and Cooley will be right here in town at the Melting Point Dec. 5. For more information, see drivebytruckers.com.

The People’s Choice: Nominations are now open for the third annual Athens Hip Hop Awards. Conceived, promoted and produced by Chocolate City Live/United Group of Artists founders Knowa and Mokah Johnson, this awards show has gained both steam and recognition. The nomination period runs through Dec. 31, and the field of categories includes a wide range of activities and ventures (hairstylists, business leaders, etc.) in addition to music. Performers interested in playing live at the awards show, which is slated for February 2015, can audition for a slot during the Athens Hip Hop Open Mic & Industry Night Saturday, Dec. 13 at Max. Auditions will run from 9:30–11 p.m. For more information, see chocolatecitylive.com.

Don’t Trad on Me: Rob McMaken (Kenosha Kid, Dromedary) has made solid critical inroads with his new two-man project, Hog-Eyed Man. The Appalachian traditionalist—they say “revivalists”—band features McMaken on lap dulcimer and mandolin, while Jason Cade plays fiddle. The early press on Hog-Eyed Man’s debut self-titled album is encouraging, praising its unpretentious singular commitment to the style, and honestly, I gotta agree. It’s a pleasure and a treat. Interested parties can explore this on their own Sunday, Dec. 7 when Hog-Eyed Man shares the bill for a double-release party with dream-makers Honeychild, who are releasing their sophomore album, Surrender. It all happens at Hendershot’s Coffee Bar, and it’s an early one, at 6:30 p.m., but the sun will already be down, so it won’t actually feel very early. Until then, you can sample Hog-Eyed Man over at soundcloud.com/hog-eyed-man.

Monday Night Live: Creature Comforts Brewery, still wiping its brow after the explosive and overwhelmingly positive reception of its populist accomplishment of putting beer into cans, will host its Industry Appreciation Night for December on Monday, Dec. 1 from 5:30–8:30 p.m. Live music will be performed by k i d s and Tedo Stone. All bar, nightclub, restaurant and off-premise (i.e., package sales) service employees are welcome to attend for free by flashing proof of employment upon arrival or securing one of the coveted attendance cards that management has distributed around town. Regular folks can attend, too for $12. All attendees will receive the full brewery tour, a souvenir glass and a bit of food. All joking aside, it’s been very cool to witness the return of an actual manufacturing concern to downtown Athens, and I wish Creature Comforts much continued success.

Clockin’ In: To legitimate old-school Athens music folks, the name Reverend Conner Mack Tribble needs no explanation, but let’s do it anyway. Since making his initial mark on our scene way back in the ‘70s via his Zambo Flirts combo, the Athens native has played the earth far and wide. Lately, he’s been back in Athens, showcasing his distinctive and truly creative guitar styling over at the Office Lounge each Friday and hosting an all-star jam there each Thursday. And on Friday, Nov. 28, Tribble will debut his new band—Rev. Tribble & The Deacons—at the Office at 8:30 p.m. The Deacons are composed of similarly revered Athens folks Greg Veale (Normaltown Flyers) and Deane Quinter (Randall Bramblett). Chances are good you have the night off, so why not?