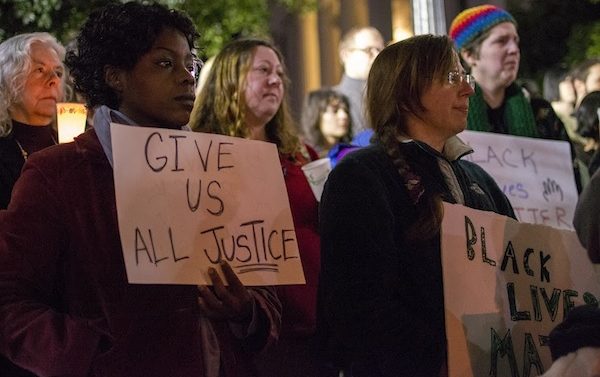 All photos by Randy Schafer

There were no riots, no overturned cars or burning storefronts. No marchers blocking the interstate. Nobody throwing rocks through Five Guys’ windows or carrying crates of vinyl out of Wuxtry. No police in riot gear, throwing smoke bombs. Just 200 or so people gathered at the Arch on Tuesday night, holding signs and speaking from the heart about their frustration with a St. Louis County, MO, grand jury’s decision not to indict Officer Darren Wilson in the shooting death of unarmed black teenager Michael Brown. 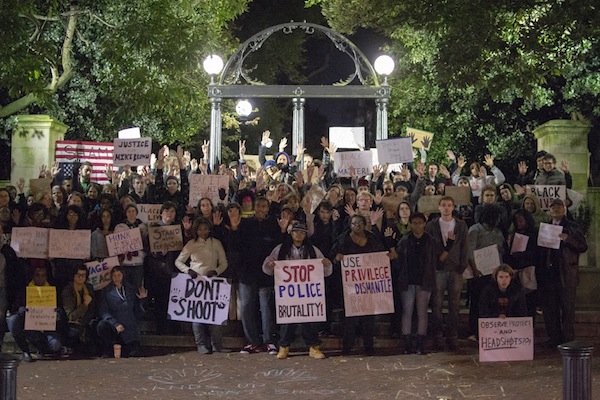 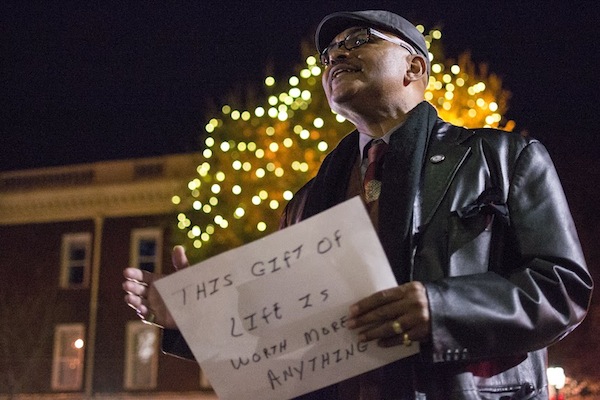 Many expected that Wilson would go free. “I was not surprised at all,” local NAACP leader Tommie Farmer said. “It has been happening all over. It happens all the time. Police officers feel like because they have a gun, they can do whatever they want, and that’s not right.”

Black and LGBT activist Ricky Roberts said she was “disappointed” in the lack of an indictment. “I was more disappointed by the response, that the people didn’t respect the wishes of the family and maintain peace,” she said. “I understand the frustration, but I think the violence was inexcusable.”

Sheats explained the riots and looting elsewhere as “a pressure cooker being relieved.” People are desperate because they can’t find jobs or feed their families, he said.

Linda Lloyd, head of the Economic Justice Coalition, pointed out that Athens has a 38 percent poverty rate. “When you look at the things that made Ferguson happen, that could be us,” she said.

For-profit prisons are a big part of the problem because they have an incentive to keep young black men locked up, Sheats said. “We thought we got rid of slavery during the Civil War,” he said. “It’s come back in a different form.” 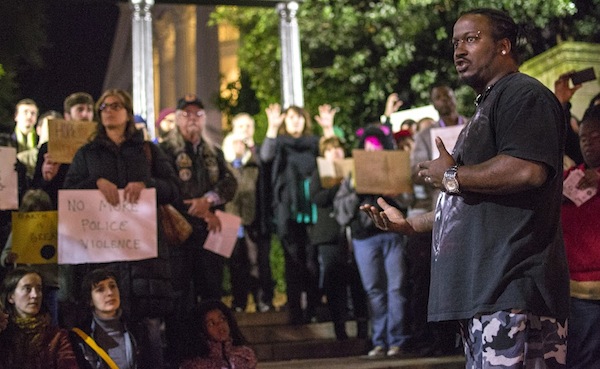 Athens rapper Versatyle tha Wildchyld (above) related his experiences in prison before turning his life around. “I was at a prison where there were no black people in the county,” he said. “I was spit on, I had feces thrown at me in my sleep, my food was spit on. I had to endure that for nine months.”

It was a rare moment when people spoke the raw truth about race. White protesters pledged solidarity and said they’ll use their privilege to help, while African Americans spoke of their desire for a colorblind society—as well as more complex emotions. 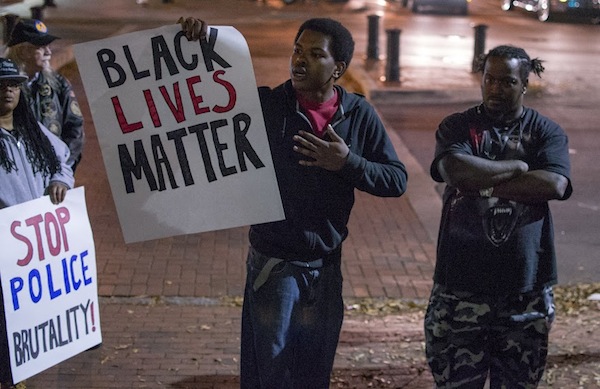 “We’ve been living in fear our whole lives,” said another local rapper who goes by the name Southpaw (pictured above). “What we’ve been taught is don’t trust the police. You can be friends with white people, but don’t get too close. They’ll betray you.” That’s a view Southpaw disowned.

Still, there was a hopeful tone. Donna Faye Jackson noted that her 106-year-old grandmother never expected to see a black president. “It’s a slow process,” Jackson said. “But it will happen. Maybe one day, we’ll be able to see that justice.”

Versatyle said the focus should be on making the world a better place, not revolting against the system. “It takes this type of travesty in our culture to make us stand up,” he said. “When are we going to do this on a daily basis?

More of Schafer’s photos from the protest are below. 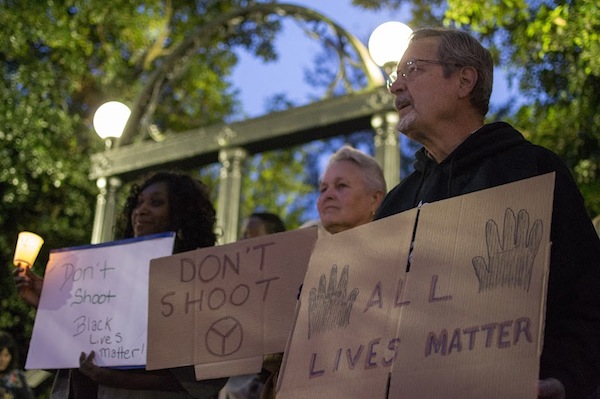 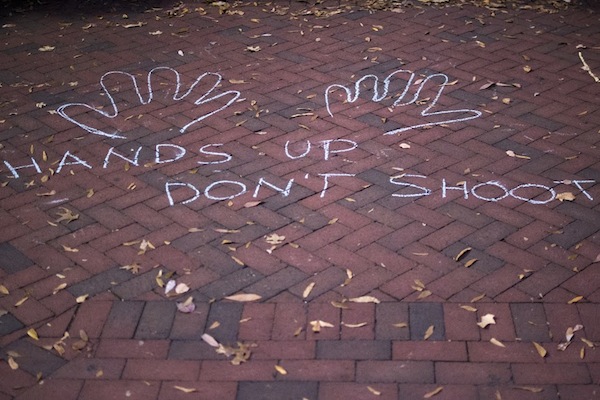 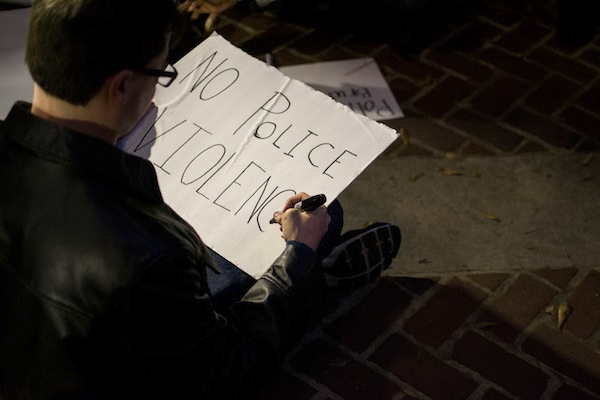 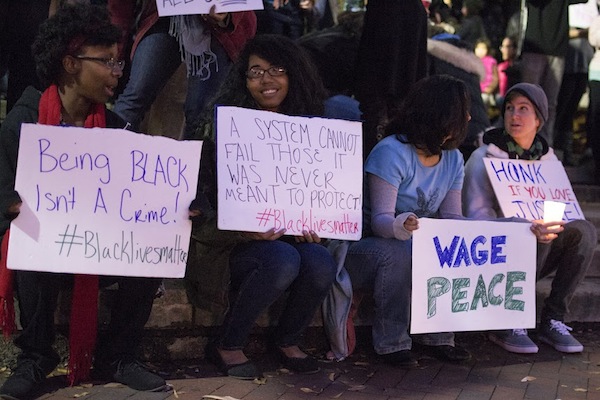 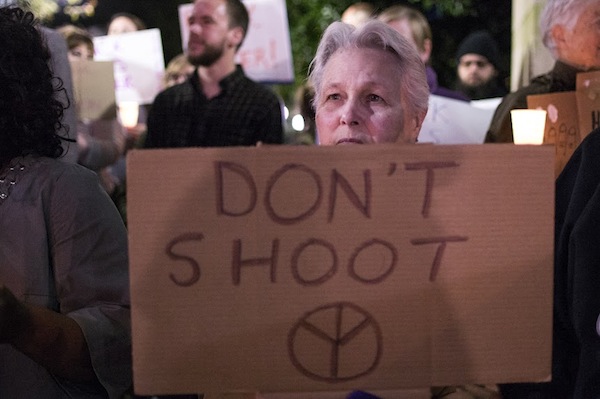 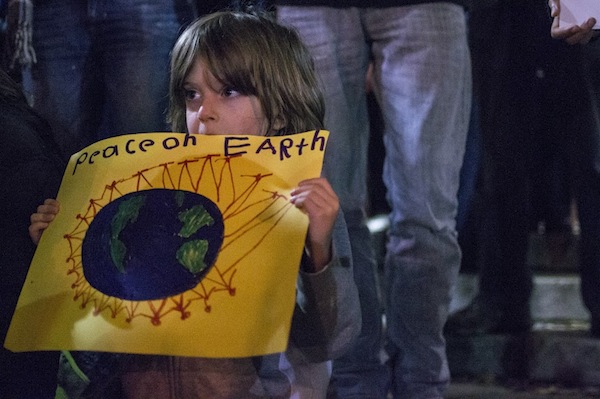 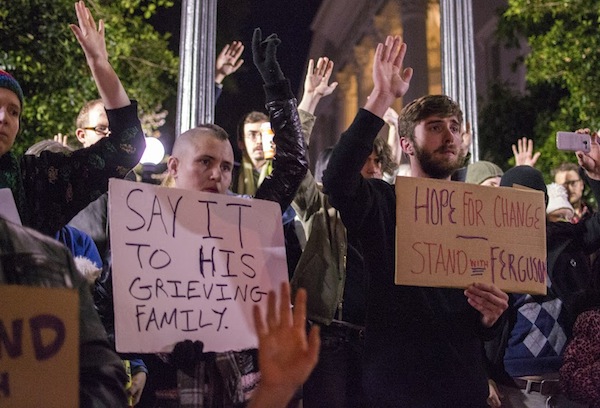 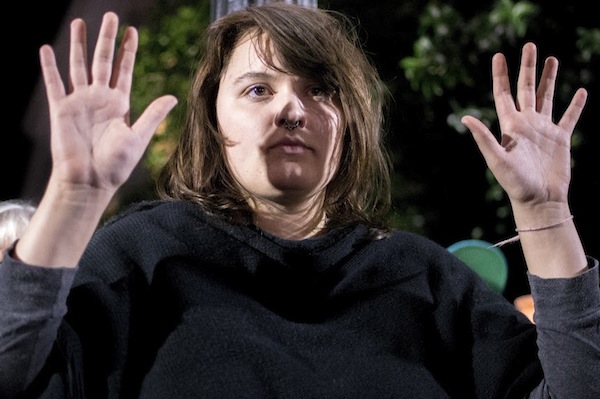 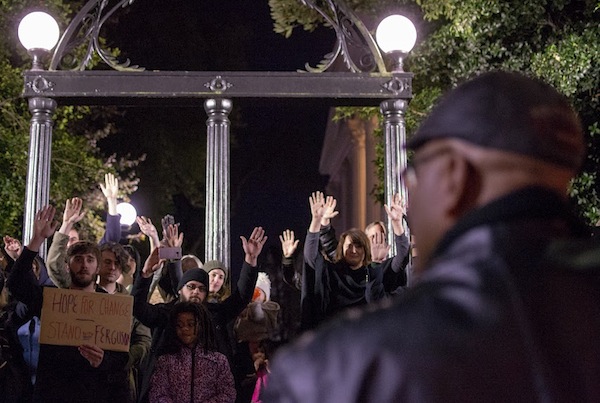 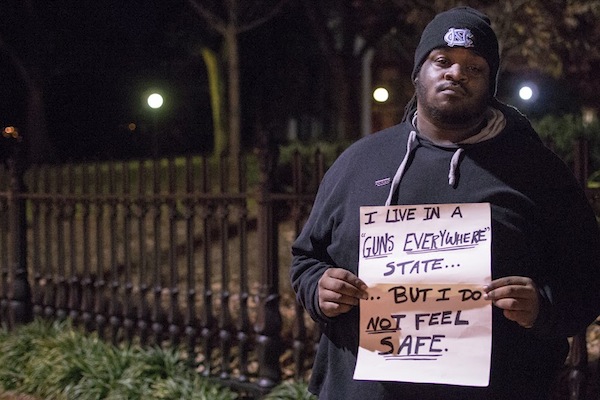 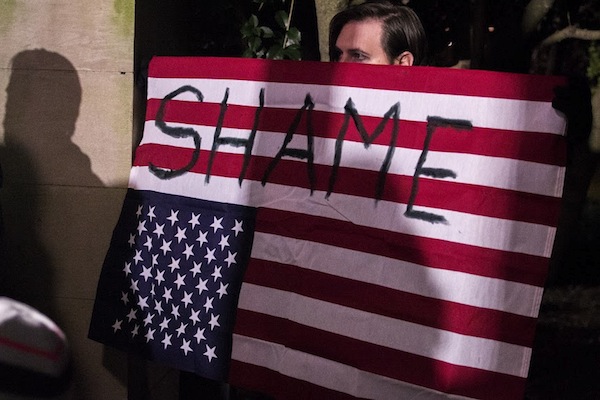 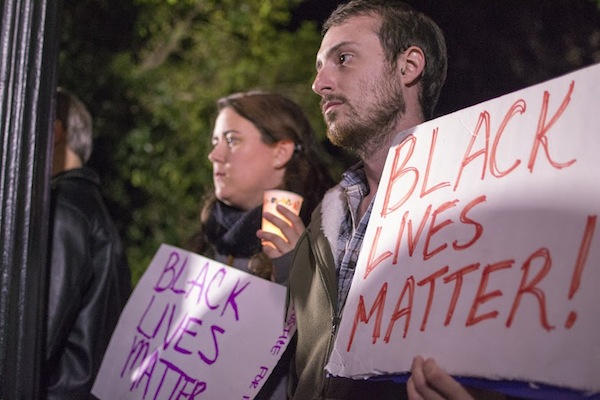 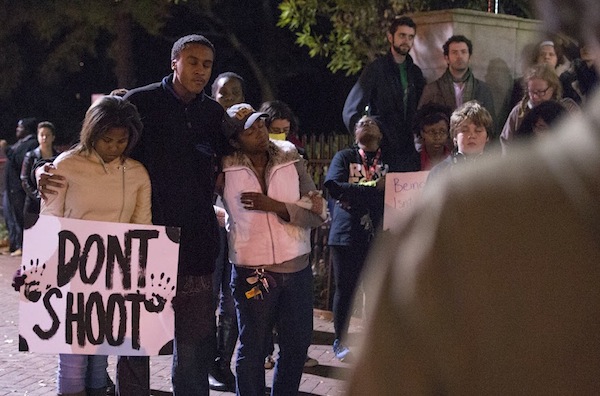 Get the Greenway Off My Lawn