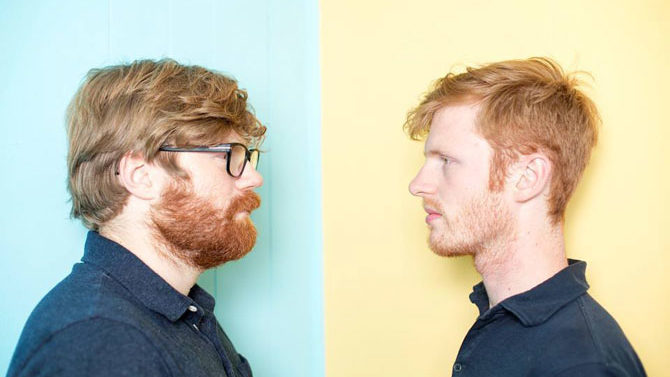 Two in the Hand: The soundtrack to your winter season will have a worthy addition via a new release from Semicircle. The band, composed of Reptar members Andrew McFarland and Ryan Engelberger, has slowly developed an identity completely separate from their other band’s danceable, angular pop-rock, and their efforts are not unappreciated. Their debut full length album is titled Blown Breeze, Grown Grass and We are Part of the Earth, and the debut single, “Mechanism of Erasure,” is a champ of a guitar-driven track, if that term was used more to describe, say, Pinback as opposed to Pantera. It’s hooky and even, and I’ve had it on repeat for at least a week now. Path Semicircle’s trajectory via semicirclemusic.bandcamp.com and get ongoing information at facebook.com/semicirclemusic.

Spare A Dime?: Carnival owner and sound machine Mr. Blank (aka Mux Blank) is hitting the road this week with Pride the Lycan. Although the handful of dates scheduled around the state seem completely manageable, they’ve reached out to fans and supporters to raise some necessary funds before heading out. Any donation over $10 gets a set of six buttons designed by Mr. Blank himself, and anything over $20 gets buttons and a special tour edition of the upcoming Mr. Blank EP, Say Nothing of What We’ve Discussed. If you’ve got the change and are so inclined, you may PayPal money for the “Blank Tour Fund” to blankbooking@gmail.com.

Get Inside: A five-track EP release by electronic project Nifty Earth came out last week. The seamless, utterly pleasurable listen flows easily throughout and feels like the work of several people, but it’s really just one. Well, possibly two, if you include Nifty Earth’s own Joseph Thrash along with mastering engineer Joel Hatstat. The best thing about this record is it’s so far from all the super-trendy electronic messes invading every corner of the listening sphere these days. It just does what it does very well, and that is incorporate elements of traditional dub, ambient works, trip-hop and other deep-listening genres into a mix that honors each and betrays none. Dig it over at niftyearth.bandcamp.com, and keep up via facebook.com/niftyearth.

Last Night: As of right this minute, there are still tickets left for Widespread Panic‘s annual New Year’s Eve show. There’s no telling what the next minute will bring. This year’s show is in Charlotte, NC at the Time Warner Cable Arena, so if you’re planning on going, you should make your plans now. First, this will most assuredly sell out, and, second, Charlotte’s a hell of a commute, and you’re gonna need a hotel. Tickets are $70 for general admission floor access and $65 for reserved seats. For more information and to purchase tickets, see widespreadpanic.com.