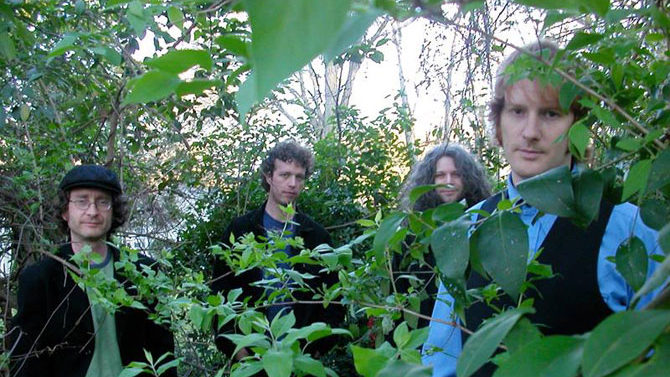 Picture Pages: Over the summer, two tributes to the late Bill Doss (The Olivia Tremor Control, The Sunshine Fix) popped up on Facebook courtesy of longtime Sunshine Fix webmaster and close friend of Doss’, Tricia Soglin. The first is pretty much a normal band page with a bunch of photos, music and the like located at facebook.com/thebilldoss. The second is a group page, at facebook.com/groups/billdoss, open to the public, where anyone can add anything they’d like relating to Doss, his work and life. Doss passed away suddenly July 30, 2012. His indomitably positive outlook and endless creativity are well remembered on these two portals, and fans and friends will find much to dig through.

Turn it Up: Decatur, GA-based nonprofit Poverty is Real will host its annual series of concerts benefiting Family Connection-Communities In Schools. This series happens Sept. 2, 4 and 5 and is presented under the name Amplify Athens. Tuesday, Sept. 2 will feature a multi-band Neil Young tribute show titled, appropriately enough, Goldrush. It happens at the Georgia Theatre and features Dead Confederate, Blue Blood, Buffalo Hawk, New Madrid and all-star group Stray Taters, composed of members of Futurebirds, The District Attorneys and Woodfangs. Thursday, Sept. 4 will see Moon Taxi playing an acoustic show at Green Room ahead of a full-on band set at the Theatre later that same night. The series will finish off Friday, Sept. 5 at the Melting Point with Shawn Mullins and Connor Pledger. Tickets for these shows are $5, $8 and $17, respectively, and are available through each venue’s website. For more information, see amplifyathens.org, fc-cis.org and povertyisreal.us.

What’s In a Name?: The debut by hot-to-trot duo Cancers is now totally streamable online, even though it won’t be out until Sept. 16. Head to soundcloud.com/noisyghostpr to hear all 10 tracks of the band’s grungy blush-pop album Fatten the Leeches. Lots has been written, even in this column, about how 1990s it all sounds, but no one has yet mentioned that there was an actual Athens band in the actual 1990s named Cancer. Yeah, it’s a one-letter difference, and the earlier one eventually changed its name to Bliss, which was equally non-unique, so I digress. I suppose in the end the big wheel just keeps on turnin’. Follow Cancers on their trip to stardom via facebook.com/cancersband.

In the Shadows: In the fight between obscurity and nothingness, the hands-down winner for this month is the semi-mysterious Meth Wax. That’s the recording name for musician and UGA student Daniel Tanghal. His newest album is titled Horse Placenta, and I’ll climb right out on a limb and say I’ve been enjoying it easily as much as I ever did Guided By Voices‘ Vampire On Titus. It’s the fourth Meth Wax release in the past 13 months: The EP-length Robotripping For the Kids only has six tracks, as does the self-aware Sukululu EP, but the massive December 2013–January 2014 clocks a full 40 songs. Horse Placenta is a reasonable 11 tracks of total lo-fi garage-pop a la Sebadoh, the aforementioned GBV, Ween, etc. A quick dig through our archives reveals pretty much a total dearth of live performances, so who really knows what his immediate plans are. But you, readers, should plan on spending some time soaking this stuff in. Listen in at methwax.bandcamp.com, and be a fan of the photo-only methwax.tumblr.com and the minimally updated facebook.com/methwax.

Echo Back: Longtime Athens-based songwriter Coy Campbell dispatched to Savannah a couple of years ago. Since that time, he has driven back to Athens on the weekends to record an upcoming album, Bell Rope, under the band name Nightingale News. Although all the songs were written between 2008–2012, it took a while for this self-financed recording to come to fruition. Campbell worked with engineer Suny Lyons, who also played guitar on the album. Other players on the record include John Neff, Jacob Morris, K.C. Commander, Lemuel Hayes, Marie Davon, Nick Goodson and Adam Poulin. Although it’s a cliché to describe songs as deeply personal, there’s that special, I dunno, “something” on this record. Lyons is a great engineer, and the crack team of players Campbell assembled is certainly enviable. It all comes together best on the track “Wheat Penny,” where it sounds as if Campbell’s earth was hollowed out and filled with ice water. The long winter’s nap of a track is fitting for an album that won’t come out until Oct. 28, but you can preview a few tracks over at nightingalenews.bandcamp.com.