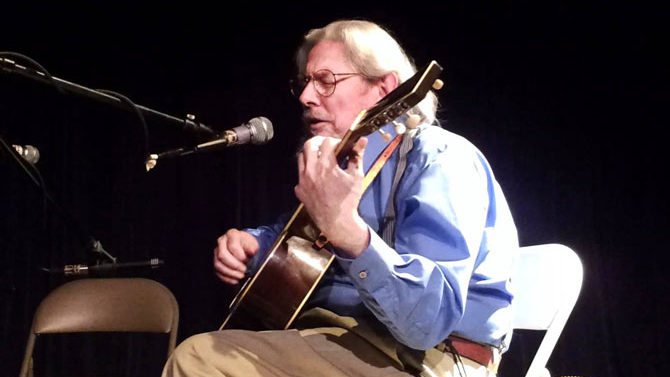 First Up: It’s been a good while since I mentioned The Hoot, so now seems like a good time. For the uninitiated, it’s a monthly variety show of folk, bluegrass, old-time and other roots-type music (including R&B and soul) hosted by the Athens Folk Music & Dance Society. The next installment happens Monday, Aug. 11 at the Melting Point and will feature the soulful Kelvin Armstrong and the buttered Dylan stylings of Sam Burchfield. The whole night will be hosted by Ansley Stewart, who will also open the show. To learn more about The Hoot and the Athens Folk Music & Dance Society, see facebook.com/groups/athensfolk and athensfolk.org. Good folks, these are. Support ’em.

Speaking of Which: I guess I could have included this in the paragraph above, but it deserves to stand alone. The lineup for the 30th annual North Georgia Folk Festival was released last week, and fans will be edified to note the exciting news of a rare appearance by the legendary Norman Blake. Although Blake is no stranger to touring, he hasn’t done a lot of it lately, and his return to Athens is a very special one. This year’s festival happens Saturday, Oct. 11 at Sandy Creek Park. The event is a celebration of all folk arts and includes kids’ activities and storytelling, too. Other featured performers include Bonnie Loggins and Mary Lomax, Phil Tanner and the Skillet Lickers, Marion Montgomery and Glyn Denham, Stone Mountain Wobblers, The Folk Society Band, Pat Shields, Emerald Road, BlueBilly Grit and Atlanta Hair of the Dog. Advance tickets are $14 for adults, $7.50 for students and kids under 12 are free. Pick up yours at athensfolk.org.

One Thing at a Time: Although it’s too late to get your band included in the series, it’s not too late for your ears to enjoy the fruits of Jesse Mangum‘s labor. He is, of course, the head dude at The Glow Recording Studio, and the series I’m talking about is MOEKE Records‘ “Summer Singles,” in which a song is released each week until the end of summer to form a complete digital compilation. So far, there are songs by Four Eyes, New Wives, Tongues, Night School, Los Cantares, Chief Scout and Adrienne Hamil. Upcoming bands include Monsoon, Jacob Morris, Gumshoe, Deep State, Mothers and Semicircle. Give it a click over at moekerecords.bandcamp.com and be a pal via facebook.com/moekerecords.

Theatre of Pain: Although they don’t really claim to be an Athens band anymore, I still give death-art-rock band Entertainment the benefit of the doubt. No one in town has come close to matching the batcave-ish menace of the group’s debut, Gender, and it came out over six years ago! Anyway, the news today is that that four songs from that album have been incorporated into an experimental ballet titled Penumbra, which is to be performed at the Vox Populi Gallery in Philadelphia. Word is the show has been in development for several years but will only be performed once on Aug. 9 (“under the Capricorn moon,” say the organizers). So, damn, we’ll all miss it! Entertainment’s sophomore album is titled Horror, and should be released sometime later this year. But as much as I dig this band, I wouldn’t hold my breath—even though that would be a totally death-rock thing to do. Listen at entertainment.bandcamp.com and like ’em over at facebook.com/TheOfficialEntertainmentPage.

Portraits of Present: New screamo band Under A Sky So Blue released its first demo a couple weeks ago, and fans of 1990s screamo—admittedly an irritating genre splitter of a term that helped no one but sold a truckload of hand-printed rag patches—will dig it the most. It features four tracks of worshipfully faithful chug-‘n’-wail, and there’s even a limited-edition CD complete with a brown chipboard cover and a blotchy typewriter font. I wish UASSB had been around when Athens really had an embedded scene for this kind of stuff, but here’s to the outliers, the town criers and young sires. Stream the record via underaskysoblue.bandcamp.com and visit facebook.com/underaskysoblue.