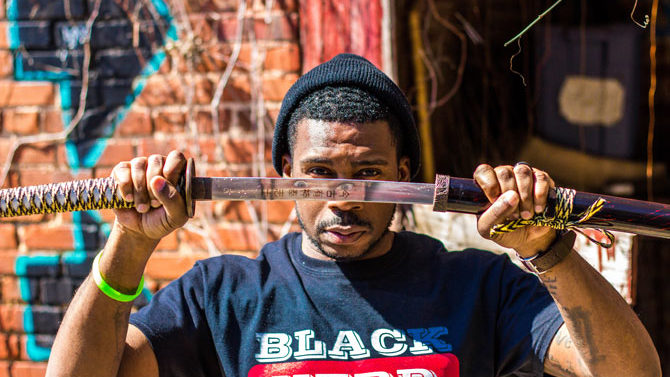 Three Chords Good: Onetime (and then a couple of other times) Athenian and Chapel Hill, NC jukebox hero Dexter Romweber is bringing his Dex Romweber Duo to Little Kings Shuffle Club Friday, June 13. The former Flat Duo Jets frontman is now joined on drums by his should-be-equally-known sister Sarah (Snatches of Pink). Their sound is infectious and rousing swamp-stomp reminiscent of the time when rock and roll was still dangerous, something of which your mom totally wouldn’t approve. The duo has a new LP, Images 13, out on Bloodshot Records, and Friday night’s bill is rounded out by Nate and the Nightmares and The 8-Track Gorilla. Showtime is 9 p.m. and it’ll run ya a mere $8, with the first 75 patrons getting a limited-edition button to boot. For more info, see ruraltone.com/dex.

One Night Only: In case you forgot, the 2014 Flagpole Athens Music Awards show kicks off AthFest Thursday, June 19 at the Morton Theatre, and in addition to announcing the winners of all 20-odd categories, we’ve arranged for a pretty stellar lineup of live music, if we do say so ourselves: Jay Gonzalez, Family and Friends, Monsoon, Blacknerdninja, Four Eyes and Hand Sand Hands will all perform. The tall and lovely Thomas Valadez will be your host for the evening. Tickets are only $8 in advance and $10 at the door (or $5 with an AthFest wristband), and that is just a gosh-dang bargain for the amount of good stuff you’ll get in return. Keep an eye on Homedrone for more. [Gabe Vodicka]

Get On the Bus, Russ: Mux Blank, heretofore referred to as Mr. Blank, will populate the stage at Hendershot’s Coffee Bar Sunday, June 15 with his newly re-concentrated noise/performance art theater. This show is part of the venue’s Experimental Night series. Most recently, Mr. Blank has been living out of a converted school bus that also serves as his studio and practice space, but he has had to locate it outside of Athens, as he just can’t seem to find any place to park the thing that doesn’t irritate those who see it. For this show, attendees can expect some ear-twisters via his newly crafted circuit-bent and handmade instruments, but beyond that it’s anyone’s guess as to what the nonstop performer and artist will do. Smokedog and roHIt will warm you up first. So, clean your ears and check out facebook.com/muxblank and mrblank.bandcamp.com for more info.

Home Team: Longtime Athens hip hop impresario, supporter and promoter Montu Miller, via his ATHfactor Entertainment Group, will present a very nicely curated show during this year’s AthFest. The showcase happens Saturday, June 21 at Ciné and runs from 9 p.m.–2 a.m. Featured performers include Tony B, Noár, Blacknerdninja, Big Body, Razzi King, The Swank and a post-show “mega-mix” set of music running the gamut between classic and contemporary hits spun by DJ Chief Rocka and Miller himself. If you’ve neglected to check out the steadily growing Athens hip hop scene to this point, this would be a great first lesson.

Fangs for the Memories: As mentioned a couple of weeks ago the now-defunct Incendiaries released its Joel Hatstat-recorded EP, The Firestorm, on the occasion of the group’s final performance. If you happened to miss it, or want to grab a digital copy of your own, head to thisisincendiaries.bandcamp.com. It’s a bit more subtle in its forcefulness than the band’s 2011 full-length debut, Give Me a Reason, but there’s still plenty of intricate guitar work and jagged melody to please all fans.

Everything is Parenthetical: The ever-evolving Future Ape Tapes just released an audio snapshot of what it’s like to experience the band in 2014. (â€‹(â€‹(â€‹(â€‹(â€‹Live @ The Caledonia Loungeâ€‹)â€‹)â€‹)â€‹)â€‹), recorded by Southern Shelter main man Sloan Simpson, is now available. It pulses and drones and clicks and waves and basically all-around rules. It documents the group’s Apr. 4 performance, and its personnel for this trip ‘round the moon is composed of B. Wood, Q-Tar, Tom Visions, Michael Lauden (Scab Queen) and D*. Yeah, I know, pseudonyms get ridiculous after a while, and these are pretty ridiculous indeed, but let the music matter more and dig in deeply over at futureapetapes.bandcamp.com. And always remember to check southernshelter.com for continually updated live recordings.

A Nod is as Good as a Wink to a Blind Horse: There’s a time for willful obscurantism just as surely as there’s a time for clarity, but in the world of deep-in-their-head local band Shade, it’s only ever time for the former. Now, it’s completely understandable that after taking on a pretty unsearchable band name the group would want a unique URL for its social media presence. So, I guess facebook.com/worldwar420 is as good as any. Further, finding the band’s latest release, the legitimately entrancing and eminently creative Pipe Dream, should be a cinch for casual surfers, because who wouldn’t have imagined that it could be located at musclemilk.bandcamp.com? Seems simple enough to me. In other news, keep your ears peeled for more performances from Shade’s Phelan Lavelle and Gripe’s Brandon Goss, who have teamed up under the moniker Dosed (nope, not touching it) and have been bashing out what has been described as “garage-metal, sweaty-Sabbath shit.” While you’re already thinking about it, go ahead and catch Dosed Wednesday, June 11 at Go Bar with New England punks Worms, new-ish Athens band The Quick Wizard and DJ Hot Wax.