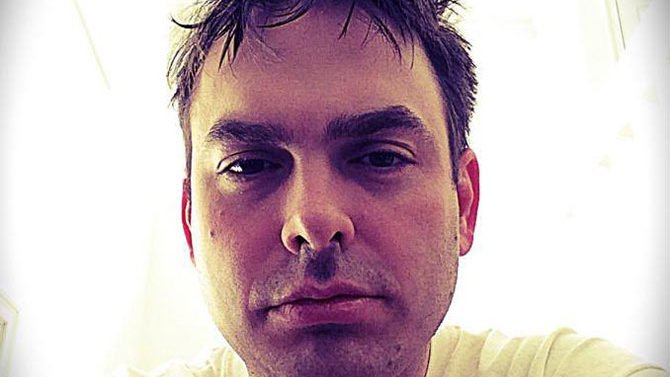 Hot Black Summer: Athens impresario Beau Tepper reports that things are trucking right along for his new label, Hot Grits. The imprint is releasing the album from New York’s post-punk-y, goth-sludge-y What Moon Things—mixed in Athens by Scott Nicholas at Skirt Space and mastered by Jesse Mangum at The Glow Recording Studio—and will re-release New Madrid’s debut album, Yardboat, on CD and limited vinyl this fall. Both bands are also part of the Left Brain Management stable, which Tepper runs with master of the universe David Barbe. What Moon Things will play Flicker Theatre & Bar Friday, June 6 with Uncle Dad and Dosed. See Calendar Pick here, and keep up with Hot Grits over at facebook.com/hotgritsrecords.

Pop Bucks: Got a potential song title just taking up extra space in your brain? Wanna make a cool 50 bucks for very little effort? Well, thinky, Brian Mullis has just the thing for you. His project By Small Ruin has been moving along steadily, and he has decided to have a “fan appreciation” contest. If your song-name idea is chosen as the best—it doesn’t have to be related to anything; just make up a good title—Mullis will slide you $50 cash and you’ll be credited on the next By Small Ruin album. By Small Ruin released its debut, Year of the Bull, last year. Mullis played every instrument on the 10-song album, and in the process did a fine job of splitting the difference between Bryan Adams and Matthew Sweet. To enter the contest, drop him a line through the “contact” page at bysmallruin.com.

Hope For AnEarlySummer: If you wanna get a jump on celebrating this year’s AthFest, head to the Melting Point on Monday, June 9, where the Athens Folk Music & Dance Society is dedicating its regular occurrence of The Hoot to presenting an “AthFest sampler.” Featured performers include Hope for Agoldensummer, Lowdive and Athens Tango Project. At the show, you can also purchase AthFest wristbands, pick up AthFest compilations from previous years and grab a sign for your yard. Admission to this show is free, and it all starts at 8 p.m.

Twentieth Century Vintage: The late 1990s were a weird time in Athens. On one hand, there was the requisite aping of all things Elephant 6 in that time-worn way of bandwagon-jumping that seems old pretty much as soon as it starts. On the other hand, a lot of bands seemed to be in a race to out-twee each other as quickly as their snagged cardigan strings could be pulled. To this end, the relatively short-lived Rock and Roll Summer released an album in September 1998. The band, led by Wes Whitener, populated the kind of sincere middle ground between earnestly propagated indie-pop and non-traditional, non-proselytizing Christian witnessing. The record, The Wedding Album, was as much about Whitener falling in love and meting his future bride as it was—according to the liner notes—about “Christ and his church.” Before you start thinking, “No way did this happen,” let me assure you that the Athens twee scene was all over these guys at the time. The Wedding Album was re-released online a couple of weeks ago. Check it out over at weswhitener.bandcamp.com.

Pay Now, Buy Later: Ever-evolving local group k i d s is still taking pre-orders for the white vinyl version of its newest psychedelic gem of an album, Take Forever. The cassette version is available now in a limited run of 50, so jump on that if you really need a tape. The LP runs $17 and includes a digital download code. You can stream two tracks already at k-i-d-s.bandcamp.com, and I think you’ll be impressed by the guitar heft of each. I certainly was. Pre-orders are supposed to ship on or around June 15.

Some Say the End is Near: Athens’ premier—and only—Tool tribute band, Ænemic, is closing up shop because member John Daniels is moving to New Orleans. Daniels has also played for years in The Suex Effect and, more recently, with hardcore upstarts Capital Will. The group’s final show happens at the Caledonia Lounge Saturday, June 7, where it will share the bill with 10 Fingers Strong and Wicked King. We reported a few weeks ago that there was a shakeup in the Capital Will camp, hot on the heels of that group finishing its debut EP, but things seem to have coalesced such that a new lineup is in the works. To check out Ænemic, see facebook.com/AEnemic.