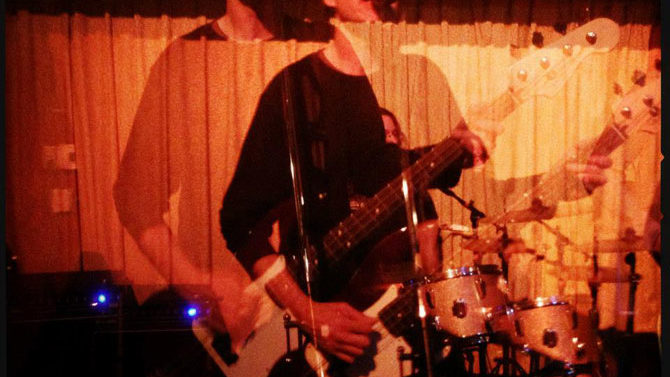 Rest in Peace: The sad news came in last Friday afternoon that longtime Athens musician and scene fixture Brian Crane had passed away. Crane was most recently known for playing with The Starlite DeVilles and North Hollywood Model Search. He had long before solidified his presence in town by pounding the drums for The Sugardaddys, working for over a decade at the Georgia Theatre, working with The Cramps and Flat Duo Jets and, by all accounts, being a great friend and gracious human being. All told, his history in Athens music reaches back over 30 years, and he was truly one of our own. Our hearts go out to all of Brian’s friends, family and loved ones.

If You Only Knew: Back in the latter days of the 20th Century, Atlanta’s The Rock*A*Teens spent so much time in Athens that they were basically, although not definitively, one of ours. (Truth is, they were core to the then-rising Cabbagetown scene.) Even so, more than a handful of Athenians that previously drank at the group’s reverb-soaked altar will be edified to know that Merge Records is re-releasing the band’s final album, Sweet Bird of Youth, as a double-LP. Purchasers will also receive a bonus download of an entire 16-song performance from Dec, 30, 2002 at the Caledonia Lounge, which just happened to be the Teens’ next-to-final show. Until now, that is. The band (whose current lineup features former Flagpole music editor and current contributor T. Ballard Lesemann on drums) has regrouped to play the Merge 25 event on July 24, and is touring on either side of that date. It will hit Athens on June 12 at the 40 Watt Club. For more information, see mergerecords.com/the-rockateens.

Triple Threat: The new-ish trio composed of Killick Hinds (acoustic guitar synthesizer), John Norris (percussion) and Brad Bassler (keyboards) will perform the music for the “Interior/Exterior” exhibit at ATHICA Thursday, Apr. 17 at 6:30 p.m. The group is named Thunder O(h)m, and it most recently played as part of the Slingshot Festival. Norris advised me that Killick is playing the newly invented Vo-96 acoustic guitar synthesizer—invented by Paul Vo, whose technology underlies both the Moog lap steel and the Moog guitar—and that his instrument bears serial number 0004. This should be significant to all you instrument hounds out there. Killick and Norris also form the backbone of muscular experimental duo Crazy Hoarse but report that Thunder O(h)m is “a bit more atmospheric.” I’ve not yet been able to see them, so vaya con dios on this, but if you’ve never seen Bassler play, then get thee to ATHICA this night and enjoy a rare treat from one of the most thoughtful and full-on musicians I’ve ever known.

Return to Goon Island: Athens label Mazarine Records is re-releasing the totally worthy self-titled album by The Goons this week, and the band is celebrating with a show at Flicker Theatre & Bar Friday, Apr. 18. Also on the bill that night are Claire Campbell (Hope for Agoldensummer) and Honeychild. Originally released in 2012, The Goons features playing by head Goon Joe Rowe (The Glands) as well as Derek Almstead (Faster Circuits), Emily Growden (Faster Circuits) and Andy Gonzales (Marshmallow Coast). It’s a coolly unclassifiable, largely guitar-centered set of pop tunes and can shift on a dime from plucky optimism to stare-down darkness, so pay attention. For more information, see mazarinerecords.com, and enjoy the record over at thegoonsband.bandcamp.com.

I Need That Record: Forget about chocolate, forget about eggs and forget about bunnies. If you’re trying to make non-religious plans for Easter weekend, and you’re a bonafide vinyl hound, you’d do well to haunt the crates at Kurt Wood‘s Front Porch Record Sale. Wood is a decades-long Athens fixture and musician, but he’s also known all over the U.S. as one of the most ardent and distinguished record collectors out there. A couple of times a year he holds a sale on his front porch. Thus, the event’s name. Said porch is located at 1080 Oconee St., and it’ll run Saturday, Apr. 19, 9 a.m.–6 p.m. and Sunday, Apr. 20, noon–6 p.m. Tens of thousands of LPs and 7-inch singles are for sale, and prices start at a mere dollar. See feature here.

Athens Eye and Ear Control: The Experimental Mondays series at The World Famous will continue through the month of April. Curated and presented by Madeline Hassett (Tonda), the lineups thus far have been great. Next up, on Monday, Apr. 21, is The 19th Brood (Don Chambers and Lucas Kane), the shiveringly gorgeous Wild of Night and Asheville/Athens duo Doom Ribbons. Monday, Apr. 28 will feature the aforementioned Thunder O(h)m as well as modular synthesizer pieces from Terminals and a set of self-described “exploratory noise art” from Scab Queen’s Michael Lauden. The quality of stuff going on here is mind-boggling, and the deeper you let yourself get into it, the further it will take you. Shows cost a mere three bucks and start at 8 p.m.