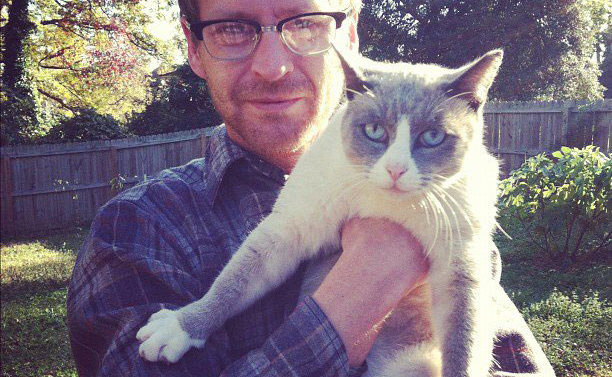 Be Well Now: As we reported on Homedrone last week, former Athenian, friend to many and incredible pop songwriter Bren Mead (Masters of The Hemisphere, Still Flyin’) suffered a massively injurious fall while hiking in his new home of New Mexico. While none of Mead’s internal organs were damaged and he miraculously suffered no internal bleeding, he broke several ribs, shattered his pelvis and suffered chest and shoulder injuries after plummeting approximately 20 feet and becoming trapped underneath a boulder. The rescue took approximately six hours, as winds in the area made it impossible for a helicopter to reach him sooner. Mead is on a slow mend, and has already undergone the first round of several surgeries. Mead was an instrumental part of the indie-pop sound that swarmed over Athens in the 1990s, and his music was among the first released by the then-burgeoning Kindercore label. Friends worldwide started sending up prayers, good vibes and well wishes as soon as this news hit the web (a fundraiser to help offset some of Mead’s medical costs has been established), and I’d like to personally send every good wish possible his way, too. Bren, if you see this, know you’ve always got a place to land here in Athens. We’ve left the light on for ya.

Old School: The Art Rocks Athens Foundation has launched a fundraising campaign for its premiere events scheduled to happen this May. The ambitious project is seeking a hefty $31,500, and the campaign will run until Saturday, Apr. 19. The nonprofit foundation is formally dedicated to the “preservation and celebration of art in Athens and its influence on music.” This type of relationship used to be taken for granted in Athens, and, with charming regularity and youthful exuberance, still is. But as our music scene grows bigger and gets older, there’s an increasing need to document and preserve both memory and artifacts. The video explaining the fundraising effort—and the specific events and exhibits it will fund—features Love Tractor’s Armistead Wellford, who does a fine job of explaining everything. See facebook.com/ArtRocksAthens for more information.

Sing a Song: New West and Normaltown Records have a brand-spankin’ new spring sampler for you. Physical copies were passed around town a few weeks ago, but if you’d like a download, they’ve got you covered, too. The free 16-track release features tracks from Athens homeslices New Madrid, Yip Deceiver, White Violet, The Whigs and Ruby the Rabbitfoot, as well as tracks from out-of-town New West artists like Robert Ellis, Wild Moccasins and Young Rebel Set. It’s a hefty and overall solid taste of what each label is up to, and you you can grab yours over at newwestrecords.com.

New School: The seriously indie rock band Uncle Dad is playing all the time these days. I’d been casually avoiding the group because of its name but finally saw it a couple of weeks ago. While I wasn’t totally floored, the band’s hooks are pretty undeniable, and my ears kept perking up and noticing them more as the set went on. The thing is, you’re gonna need to see ’em live, too, because the one song Uncle Dad has available online doesn’t do it justice. You can go listen to that track, “Location,” at musicbyuncledad.bandcamp.com, but to get the full effect you’re gonna have to head to the 40 Watt Club Saturday, Apr. 19. And get there early, too, because Uncle Dad (along with Programs) is an opener. The Whigs headline. Keep up via facebook.com/musicbyuncledad.

Sound on Sound: Local native Kris Barratt (Spring Tigers, The Capes) launched his new label a couple of months ago. It’s named Klang Tone Records, and thus far its Bandcamp page features the digital versions of its various cassette releases, including two demos from Barratt’s current band, Haints, the five-track Verstärker EP and the massive, 17-song Clearing House, which features a decade’s worth of formerly abandoned songs recorded in England and Athens. The label also took over the release of Je Suis France’s Coleslaw III Drymouth after that band’s deal with a Polish label fell through. Although, to date the label has only released cassettes, there are plans to move quickly into short-run lathe-cut vinyl. Aesthetics are both key and cornerstone, too, and Barratt is keen to make each release very good-looking. Stylistically, Klang Tone is a little scattered, because it’s basically comprised solely of Barratt and his friends—including the wildly unpredictable Magic Missile—but its founder has his eye on the artier edge of punk and, as he puts it, “interesting electronic music.” Check the progress over at klangtonerecords.bandcamp.com.