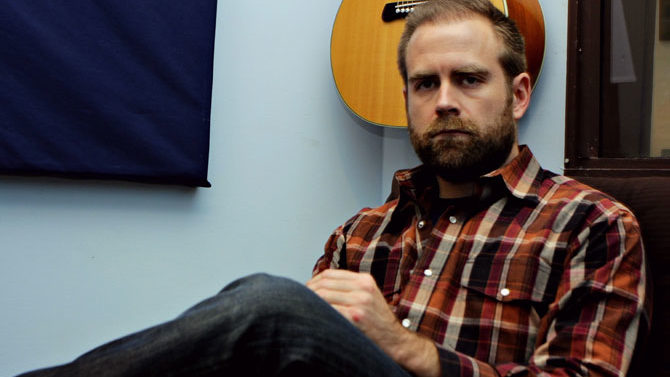 Heart to Heart: The new record by Emergent Heart comes out Tuesday, Feb. 4. It’s titled The Sheffield EP and is the third release for the group, whose focus and purpose are to raise money for suicide prevention. Spearheaded by longtime Athens musician Luke Johnson, who recently relocated to the Leesburg, VA area, the collaborative project has had a constant local buoy in engineer and player Suny Lyons. Other players on this particular release—some local and some from the northern Virginia area—include Mary Simmons, Matt Killion, Aaron Estes, Matt Wooley and Ryan Monahan. As with other Emergent Heart releases, this one will come out on Athens label Mazarine Records. Since this is a completely collaborative endeavor, the songwriting varies in style, but everything is very well-recorded and played. The track from the EP that’s grabbed me most is “Lost Dreams Fade,” which has a dark electronic backbeat and layers of New Order-ish moodiness. Your mileage will vary, of course, but check out more via emergentheart.com.

Do You Remember: The Art Rocks Athens Foundation will host its first big event Friday, Jan. 31 at the 40 Watt Club. Featured acts are The B-53’s (Athens’ own B-52’s tribute band); a Big Star tribute band, cleverly named Piggly Wiggly; DJ Kurt Wood; the Athens Showgirl Cabaret; and to-be-announced special guests. The purpose of the concert is to promote the upcoming series of Art Rocks Athens events coming this summer. Those will include exhibitions of art and film, as well as music and dance performances, illuminating the history of art and music in Athens from 1975–1985. See artrocksathens.com for more info.

Give a Care: A very special event is happening Friday, Jan. 31 at Hendershot’s Coffee Bar. It’s the annual Love Notes for Lukas benefit, which is coordinated by Lukas’ Fund, whose mission is “to help meet the physical needs of infants in the neonatal intensive care unit (NICU) and the emotional and educational needs of their parents.” The fund and benefit are named after Lukas Willem Bierema Ebell, who was born at Athens Regional Medical Center in November 2002 and passed away a little over a month later. The open mic-style event is from 5–7 p.m. and open to all performers between kindergarten and 12th grade, who may perform whatever they like, including original music. The call has also been put out for local musicians interested in judging the event or playing some songs with the kids. If you’re into either of these things, drop a line to coordinator Jennifer Fleece via jenfleece11@gmail.com, or call 706-247-4135. For more information on Lukas’ Fund, see lukasfund.org.

Everything Louder than Everything Else: As reported last week, Athens math-rock agitators Cinemechanica are headed back into the studio to record a new full-length album. Here are some deets: The band will enter Louisville, KY’s La La Land Studio with owner and engineer Kevin Ratterman (Maserati, My Morning Jacket) this week for a two-week recording session and presumable bro-down. The band reports that it’s got no title for the new album, nor any idea of a release date beyond the vague goal of “late spring.” It’s been eight years since Cinemechanica’s last album, The Martial Arts. I’d lead you toward the band’s website for more information, but I swear to God that if you look there all you’ll see is a message in plain text that says “Recording of the new record begins 1/27/14,” and I literally just told you all that. So go look at facebook.com/cinemechanica instead. If you wanna know more about where the group will be gettin’ down to business and making the magic happen, see facebook.com/lalalandaplace.

Eight Arms to Hold You: The tenderly melodic Four Eyes will release its new album Our Insides Friday, Jan. 31 at Flicker Theatre & Bar. (See Calendar Pick.) Known primarily as the songwriting outlet for founder Erin Lovett, Four Eyes works really well when expanded to its full-band configuration, which includes Lucas Jensen, Lauren Gregg and Ryan Gray Moore (of Brothers). The audience this night will also be treated to sets by Steven Trimmer (Glasscrafts), Sea of Dogs and Jensen’s long-running but often dormant project Big Gray. If you missed the EP Lovett released under the Four Eyes moniker this past Christmas, it’d be a good idea to give it a listen as soon as you read this. Head to foureyesathens.bandcamp.com to get your ears back in favor. For all other information, see facebook.com/FourEyesAthens.

Bow Wow Wow: Local publicist Michelle Roche sends word that she is organizing a series of “Doggy Happy Hour” concerts at New Earth Athens on the first Wednesday of each month from 6–8 p.m. The first one will take place Wednesday, Feb. 5 and feature music from Ken Will Morton. Attendees are encouraged to bring their furry friends and take advantage of drink specials. These events will run you $5 at the door (or $10 per family), and all proceeds will go to Angels Among Us Pet Rescue and the Athens Area Humane Society‘s Spay & Neuter Center. Roche is looking for bands interested in playing; anyone who wishes to donate their time can contact michelle@michelleroche.com. [Gabe Vodicka]