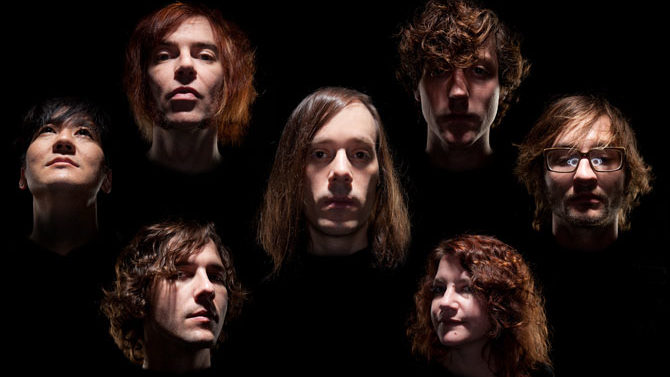 In Memoriam: The public memorial service for local musician Herb Guthrie has been scheduled for Saturday, July 20 at 2 p.m., and will take place at Redeemer Presbyterian Church in downtown Athens. Guthrie passed away last month after a car accident in Uganda, where he had been on a trip with the missionary organization Church Planting International. Read more details about Guthrie’s work in Africa, as well as the circumstances surrounding his death, on Homedrone.

Duty Now For The Future: Tickets are on sale now for Drive-By Truckers‘ return to Athens. The group will play back-to-back shows at the Georgia Theatre Aug. 23 and 24. Tickets are $25. Find ’em at drivebytruckers.com. And if you happen to find yourself in Los Angeles on July 19 or 20, you can catch Patterson Hood playing a double bill of solo shows, with T. Hardy Morris opening. Their respective tours collide at this point, and what a nice bit of serendipity. In related news, Morris’ solo debut LP, Audition Tapes, keeps getting lots of well deserved attention (see Flagpole‘s review). For more information, you can head to t.hardymorris.com.

Right Round: What do you get the of Montreal fan who has everything? Well, how about a dang picture disc of the band’s 2004 LP, The Sunlandic Twins? The band’s label, Polyvinyl, is releasing the album in a limited edition of 535, and is taking preorders at polyvinylrecords.com/sunlandic. If you really just want to wait until there’s some new music to inhale, stick around until the fall, when the 11th of Montreal album, Lousy with Sylvianbriar, is slated for release (hear the first single on Homedrone). Of course, if you’re not even a fan but would like to bone up on your vocabulary, just find the band’s discography and start reading song titles. Oh, my, my, my. For all other info, see ofmontreal.net.

This Room Is Occupied: The annual Camp Amped program at Nuçi’s Space is underway, and this means that the practice rooms are closed to the general public Monday–Friday until 6 p.m. for the duration. Normal hours resume Monday, July 22. Please note that all other services provided by Nuçi’s Space will run as normal. The Camp Amped Grand Finale show will happen Saturday, July 20 at 7 p.m., and it’s free and open to the public. Go give the kids a hand and encourage the next generation of young Athens rockers. For more information, see nuci.org.

Correction: I’d like to take this moment to publicly apologize to Derek Almstead and his project Faster Circuits, which made its live debut July 3. Due to an error on my part, I reported prematurely that the show had already happened. In the interest of y’all—and me—being able to keep better pace with the band, let me shout out again that you can find their sweet experimental psychedelia streaming at soundcloud.com/fastercircuits, socially network with them via facebook.com/FasterCircuits and find their debut album, Tunes of Glory, on iTunes and other major digital retailers.

Pro Tip: By the time you read this, Karbomb will have returned from a quick jaunt up the East Coast, taking their boys’ noise to any place that would have them. Although known colloquially as pop-hardcore, I’ve noticed a distinctly rougher edge around the band lately, as well as around compatriots Burns Like Fire, who have reworked some of their arrangements away from speedy pop-punk and into 1990s emo territory. For the uninitiated, it wouldn’t hurt you at all to check either or both out via facebook.com/karbombmusic and facebook.com/burnslikefiremusic.

Summer Sweat: Hardcore metal lords Grim Pickins & The Bastard Congregation have undergone some changes recently, and are now to be known simply as Bastard Congregation. The current lineup features the all-powerful Zack Hembree, as well as D. Wayne Slocum, John Macbeth, Parker Bradshaw and Christopher Parry. In other news, Hembree’s other band, For The Vulture, made everyone smile wide and shake a fist or two with its Motörhead-inspired rock blasts a couple of weeks ago. If this is your bag, head to facebook.com/ForTheVulture and be a pal.

Both Ears Open: All-star shapeshifting musical project Emergent Heart released its full-length album via Mazarine Records back in May, but there’s now a way for you to stream it pretty easily. All the tracks have been uploaded to youtube.com/EmergentHeart and soundcloud.com/emergentheart. The contributing members number up to 24, and the whole thing is the brainchild of Luke Johnson (The Premonitions). The goal of the ongoing project is to promote suicide awareness and prevention. Musically, it’s all pretty dreamy, droney and blissful, so throw on your headphones and enjoy. For more information, head to emergentheart.com and facebook.com/emergentheart.

The Last Word: Word came down this week that Athens hardcore powerhouse Gripe is officially closing up shop. Since forming almost three years ago, the band has not only become a staple in the Athens grindcore/powerviolence community (and quite often its only member), but has attained enthusiastic acclaim across the globe via the underground blogging community. This past spring, the band put the finishing touches on what will be its final release, In His Image. No news yet as to when that will see the light of day. Gripe plays its final show this Friday, July 19 at Max. Also on the bill are Macon’s Grinchfinger, Milwaukee, WI’s Falter and Harsh Words (featuring members of Shaved Christ and Gripe). Relive the memories via gripe.bandcamp.com and facebook.com/gripecore.