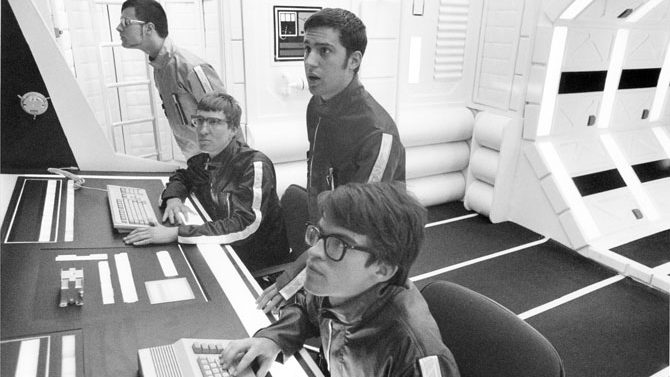 Complaint Department: Nihilistic hardcore powerhouse Gripe finished up recording its new album last week with engineer Mike Albanese (Maserati, Cinemechanica). Titled In His Image, the album is being pressed in an edition of 350 courtesy of North Carolina’s Hygiene Records and as a cassette tape from California’s DIY Noise. Ridiculously named French label Witch Bukkake Records will handle international distribution for the LP (the first 50 copies will be “cop blue with blood splatters”). Most notably, however, this release features both of Gripe’s vocalists from the past three years, DJ Pommerville and Jordan Scott. In true train-hopper style, Pommerville hitchhiked back to Athens from his new home in West Virginia to handle his recording duties. Keep the crust thick at gripe.bandcamp.com, facebook.com/gripecore, witchbukkakerecords.blogspot.com, hygienerecords.storenvy.com and facebook.com/DIY.Noise.

Keep It Smooth: Jazz-pop vocalist Marty Winkler is fresh from performing at The Living Room in New York City, a trip that also saw her attending the Peabody Awards with her husband, television critic and Peabody Awards Public Relations Coordinator Noel Hoston. That’s a nice little bit of Athens in the big city, if I do say so myself. Which I guess I just did. What a lot of folks in Athens might not know is that before Winkler called the Classic City home, she spent almost two decades in Minneapolis, working with her a cappella group The Collective. She recently headed back out to Minneapolis for a rare performance with that group, but not before appearing at the Melting Point for a Georgia Women of Song concert with Kyshona Armstrong and Caroline Aiken. Keep up with Winkler, her concert updates—including her Living Room series—and all other stuff at facebook.com/MartyWinklerMusic.

Going To A Go-Go: While poking around online last week I stumbled upon DJ Romeo Cologne‘s podcast page, where he’s got several of his sets archived. Longtime Athens and Atlanta music fans recognize him on the street as David Pierce (Oh-OK, Buzz of Delight), but he’s been doing this Romeo Cologne gig for almost 20 years longer than he ever did those two bands. Back in the colloquial day, he regularly spun tunes in Athens, but he has been doing a regular gig at Atlanta’s Clermont Lounge for as long as I can remember. Anyway, get a taste of his fabulously funky mixes over at romeocologne.podomatic.com.

We Have Lift-Off: Instru-surf fans are rejoicing now that the new Man or Astro-man? album has dropped. Titled Defcon 5…4…3…2…1, it’s the band’s first album in a dozen years, but there were several years of total inactivity during that time, so don’t harsh them too much. The 12-track record is a split release between Alabama’s Communicating Vessels and Chunklet Records, with the former handling the CD release and the latter handling the LP, which comes in both standard black and, for you saucy folks, clear vinyl. Man or Astro-man? just completed a run of shows out west and will tour the Midwest, East Coast and Canada through June. For more data, see communicatingvessels.net, chunklet.com and astroman.com.

On The Scene: The eighth annual Sprockets Music Video Festival has been kicked into high gear. Word is that the number of international entries is higher than ever before; this year’s event will feature a total of 26 videos representing six countries (including Iran, Hungary and England) and 15 cities (including Atlanta, Athens and Norman, OK). The Sprockets Music Video Show, where all the videos will be screened, is Saturday, June 15 at the 40 Watt, when attendees will vote for the recipient of the Audience Choice award. The winner of that award and the Best Music Video winner will be announced, and the winning videos screened, at the 2013 Flagpole Athens Music Awards ceremony at the Morton Theater on Thursday, June 20. On Saturday, June 22, from 5-7 p.m., Ciné will host the Sprockets Local Showcase, a repeat performance of favorite local music videos. It’s a free event for those with an AthFest wristband and a mere $5 for those without. For all other information concerning this and the ongoing happenings of Sprockets coordinators Film Athens, see filmathens.net.

Speaking of AthFest wristbands, don’t forget that those suckers are still on sale for the bargain price of $20 and can be purchased at AthFest.com or at participating venues during the festival, which happens oh so soon (June 19-23, to be exact). ‘Bands give you free access to all AthFest happenings, and there are several wristband-only shows—Flagpole‘s Friday Georgia Theatre showcase, featuring Reptar, Yip Deceiver, The Dream Scene and a host of other awesome acts among them. Of course, there’s fun to be had without a wristband: in case you missed it, AthFest’s free outdoor lineups this year will be headlined by Modern Skirts on Friday (final show!), Ghost Owl and Zoogma on Saturday and Patterson Hood and the Downtown Mystic Rumblers on Sunday. Stay tuned for more. [Gabe Vodicka]

What The World Needs Now: Athens noisemakers Tunabunny and Monsoon will host Cardiff, Wales band The School at the Caledonia Lounge on Saturday, June 8. The School ostensibly resides in the indie-pop category, and I suppose speaking strictly from an economic, not an aesthetic, standpoint, that would be true, but I’m so sick of that indie-pop term I hesitate to use it. So, let me just tell you that if you’re inclined to bliss out to authentic 1960s-era Burt Bacharach, soft melancholy that only touches the edges of whimsy and the teenage gospel that 99 percent of all emotions can be dealt with through song, then you don’t want to miss The School. I can almost promise you that a single listen will change your entire summer soundtrack for the better. This is also the group’s first U.S. tour, thanks to the magic hands of HHBTM Records chief Mike Turner, so be there and brag later. For more information and song samples, see elefant.com/bands/the-school.