Get Lost in The Dream Scene’s Future-Pop 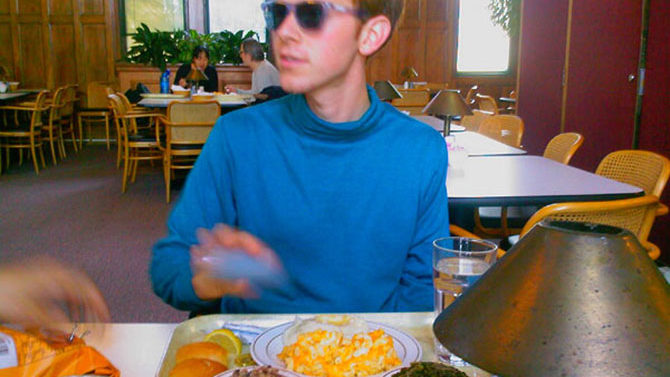 Aw, let’s just jump in on the deep end this week, OK? I mean, it’s not like we haven’t already met…

Pencils Up: The UGA Law School and the Music Business Program at UGA will host the third annual Protect Athens Music Conference on Wednesday, Feb. 27 at the Melting Point. The event takes place from 3–7 p.m. and features three panel discussions: “Legal Careers in Entertainment,” “The Business of Music” and “The Artists Panel: Writing, Recording and Touring.” Moderators for each, respectively, are law professor David Shipley, Bertis Downs and David Barbe. Panelists include lawyers John Seay (an erstwhile Flagpole scribe), John Strohm (Blake Babies), Liz Wheeler and Shawn Nolan, as well as Alyssa DeHayes (Team Clermont), Peniece LeGall (SESAC), Patterson Hood, Dottie Alexander (of Montreal), Julian Dorio (The Whigs), Ryan Engelberger (Reptar) and Dead Confederate manager Dawson Morris. I can say without hyperbole that this event is going to draw a sizable audience, and if you’re interested in attending, just temporarily forget that you’re an Athens musician and plan to show up on time. Early, even. For more information, drop a line to protectathensmusic@gmail.com, or see facebook.com/ProtectAthensMusic.

Data Dump: It’s been a while since I mentioned anything about the Oompa Loompas over at Party Party Partners, but suffice it to say that Mercer West and company have been steadily pumping out the new jams. To wit, a long-dormant and recently re-energized YouTube channel now features previews of new records by Bubbly Mommy Gun and Lord Scrummage as well as some plain old curiosities. There are also a bunch of tracks, old and new, from various associated acts over on Soundcloud. But what I really want to focus on is the mastery of Javier Morales, also known as The Dream Scene. Find tunes at soundcloud.com/thedreamscene, and don’t be surprised when you stream everything and start searching for more—for example, the handful of videos over at vimeo.com/thedreamscene. Morales writes pop music for twilight sleep and futuristic Olympic games. Find The Dream Scene directly via facebook.com/TheDreamScene and maybe you’ll be able to grab one of Morales’ very limited-edition cassette tapes that just came out.

Go Lefty: Just waking up from its fall/winter nap, Lefty Hathaway formally recognized the existence of the 21st century and started a Facebook page. In other news, the boogie-woogie jamsters in the band are working on a new album titled Fleas, Flies & Fodder, which is being recorded at Full Moon Studios with engineer Jay Rodgers. By the way, Lefty Hathaway is both the stage name for band member Paul Karjian and for the band itself. Confused? Don’t be. Just let it go. Namaste.

What’s Five Bucks, Anyway?: The debut album from Dana Swimmer came out on Feb. 1. It’s titled Veloce, which can only be read in this context as intentionally ironic, due to the nine-track album’s mid-tempo pace. Its release comes courtesy of label This Is American Music, and you can stream it all over on Bandcamp. Man, I dunno. For all the lip service the band’s bio gives to such iconic and divisive cultural touchstones as Elvis Presley, skateboarding and Patsy Cline, this sure sounds like pretty run-of-the-mill Dad rock to me. But the group does a fine job of aping Reptar‘s vocal style, and the meaningless yet brightly colored album artwork is suitably 21st-century indie, so there’s a fighting chance this record will slip past the discernment chamber of casual listeners and sell a few copies.

A Mean Twitch: Totally legit country-blues quintet The Darnell Boys released the first video for a tune from an upcoming album, which will soon be out on Orange Twin Records. The song itself, “You Got the Devil,” slipped out late last year, but the video just hit the streets a couple of weeks ago. It was shot on the Orange Twin Conservation Community property and directed by Jeff Reynolds. Now, truth be told, I’m not crazy about the masks and face paint, but I gotta admit there’s something really unsettling about the whole thing. Which is, most likely, the point. Catch it at themdarnellboys.blogspot.com.