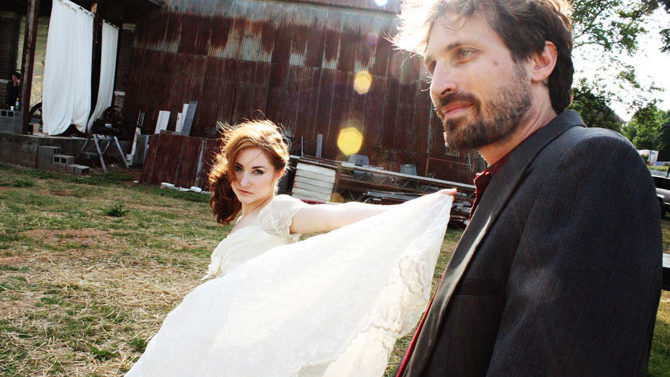 Well, spring has sprung, and I know everyone out there is huffing more pollen than should be legal, but in between doses of Benadryl and Neti Pot sessions you should glance down at this page and see what’s up. Don’t worry. I’ll wait. OK, I waited. Now it’s your time to read…

Leave a Light On: Powerkompany released a seven-song compilation of remixes last week titled Pulse. The remixed tracks were pulled from the band’s release from November of last year, Comfort. It’s available for streaming or purchase at www.powerkompany.bandcamp.com. The remixes succeed in a way the proper album tracks don’t, in that the electronic manipulations serve the presentation of the songs. On the original tracks, the bloop-bleep of electronics kind of feels pasted on and after-the-fact, even though they’re intended as a core element of the self-described â€œacoustic/electronicâ€ combo. All of which is to say, you should head over to that website and check this out because it’s really together on this one. Keep up with the band itself via www.facebook.com/powerkompany.

For Grads and Dads: Tickets are on sale now for the 11th Annual Amberland Arts and Music Festival. The event, founded by Perpetual Groove, takes place at Cherokee Farms in Lafayette, GA, May 25â€“27. Featured artists include The Heavy Pets, Consider the Source, Moon Taxi, Under the Porch and, of course, Perpetual Groove. Saturday and Sunday night feature special dress-up themes, Brock Butler will perform his traditional two-hour Sunday morning acoustic set (â€œBrockfastâ€), and just in case you get all bunged up, Amberland XI offers Saturday and Sunday morning yoga sessions. Tickets for the weekend are $75 and currently available at www.amberlandfestival.com. Unlike many other similar events, these tickets include camping costs and showers as well as access to all Amberland activities.

Local Dude: Grant Parker released an EP last week titled The Vampire Gumshoe. He describes the music as â€œpiano-driven blues,â€ but to my ears it’s more piano-driven pop. That’s not necessarily a huge difference given the history of pop and blues, but far enough that I thought I should mention it. Parker wrote all the lyrics and melodies, but other players on the recording are Caleb Yarborough, Eric Shekarabi and, on one track, Mark Maxwell. You might remember Parker from the news last year. He was the guy behind the popular and enthusiastically received UGA performance Zelda: The Musical, which was based on the Nintendo 64 game Legend of Zelda: Ocarina of Time. Lyrically, The Vampire Gumshoe is spread a little thin and tends to focus on the mundane, but there’s an undeniable sweetness in â€œFor Mom,â€ and that’s reason enough to listen all the way through. Check it out over at www.grantparker.bandcamp.com.

Up on the Roof: The Georgia Theatre has become a real â€œplayerâ€â€”is that the right word?â€”in the world of dance music productions. Just look at the venue’s schedule! More locally, though, they’re hosting a new series of rooftop dance parties each Tuesday and have already featured DJ sets from Tumbleweed Stampede and Reptar. Upcoming Tuesday night sets include Cherub (Apr. 10), Millionyoung (Apr. 17), Gringo Star (Apr. 24) and Reptar again (May 1). The series is called â€œGet Up, Get Down,â€ so just follow the instructions and you’ll be fine. The sets start at 11 p.m. and cost two bucks. Within an hour the roof was already at capacity for Reptar’s debut DJ set, so get there early if you want in!

Good Company: Congratulations are due to NuÃ§i’s Space for being awarded a $25,000 LUV Grant from Southwest Airlines. This is a significant amount of money for the local musicians’ resource center, and it represents a real effort on the part of NuÃ§i’s Space’s supporters, who voted on its behalf. Southwest Airlines selected six winners based on the size of their annual operating budget, and NuÃ§i’s Space was one of two winners from the â€œUnder $999,000â€ category. The other winner in the category was Good Mews, a Marietta, GA-based no-kill cat shelter and rescue. Not bad company to be in at all. For more information on NuÃ§i’s Space, please see www.nuci.org. And, heck, why not visit Good Mews, too, via www.goodmews.org?