The Darnell Boys: Workman’s Will Review 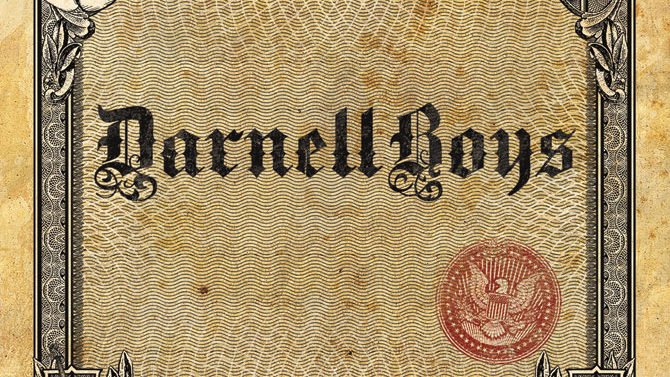 (Independent Release) The Darnell Boys’ über-reverent brand of old-time Americana is, by nature, not particularly subject to change, but there are some subtle shifts afoot on Workman’s Will, the sequel to the band’s 2013 self-titled outing. The new record is fuller, more immediate, due largely to the increased roles of bassist Elijah Neesmith and percussionist Patrick Weise, who add a punkish presence to the three Darnell brothers’ whiskey-worn, backyard blues groove.

The opening title track vibes out of the gate with an uptempo swing, as a bright electric guitar noodles tastefully over a minor-key acoustic progression. It’s infectious, as is the next track, “Lazy Little Hound Dog,” a chooglin’ tune about a no-good canine companion. Like most of the Boys’ original material, as well as the best Southern roots music of yore, the song is both fiercely literal and slyly suggestive.

At 50 minutes, the album drags a bit (though the presence of a ‘90s-style “secret track” is a fun throwback) and in rare moments it can feel awkwardly appropriative. But songs like the Waitsian “Late Night Crooked Promenade,” a Latin-tinged trip through a damaged mind’s back alley, and its follow-up, “What She Ain’t,” a lonely, lovely ditty about troubles of the heart, are radiant reminders that these Boys are among the most talented in town.

The Darnell Boys play the Caledonia Lounge on Friday, Apr. 10.