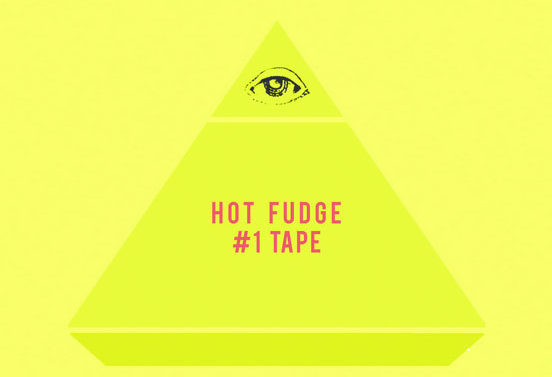 “Every day was Y2K/ And it was World War 3 every night/ And now I’m free, ’cause I can finally see/ That it’s safer in the dark than the light.” This lyric, from #1 Tape‘s rocking opener “I Had the Fear,” sums up the M.O. of Athens/Atlanta band Hot Fudge, which features members of psych mainstays Dark Meat, Never and Garbage Island.

Though the group has been a fixture on the live scene for some time, #1 Tape is its recorded debut, and it sounds like an album long in the making. Everything is well placed and carefully considered; no guitar solo runs on too long, no wah pedal overused. Some of the credit for the record’s tightness should go to engineer Derek Almstead, whose debut last year as Faster Circuits—not to mention Circulatory System’s recent double-LP—reminded us of his formidable studio chops.

Of course, the band members themselves are no slouches, as they remind us throughout, offering up cheeky classic rock tributes (“Fleetwood Gas” gives more than one melodic nod to its namesake band; “Other Side of the Gates” is a convincing study in King Crimson-esque prog-psych) and short bursts of power-pop goodness.

#1 Tape shies away from exploration; at times the album can feel inveterate and claustrophobic, a shut-in record collector’s jumbled fever dream. At its best, though, like on manic nugget “To Be One Ask One,” the band transcends its influences with infectious delight. 3 out of 5.