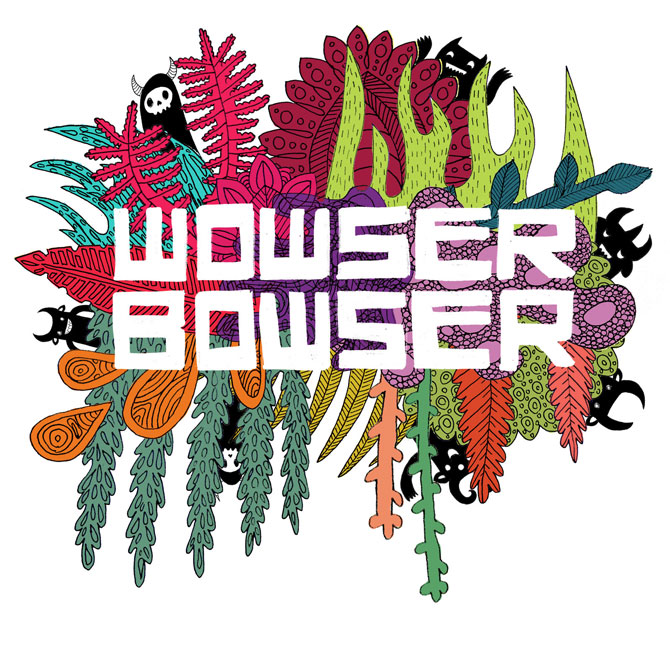 Atlantaâ€™s Wowser Bowser has divided its self-titled album into eight songs and one remix, but each of those tracks is really its own matryoshka doll set. â€œThe Gardenâ€ tells a never-ending, dream-within-a-dream sequence in which vocalist George Pettis either takes listeners into successively deeper rabbit holes or brings them closer to wakefulness: â€œI was asleep in the garden, when somebody woke me/ Yes, somebody woke me/ to tell me that I was asleep in the garden, when somebody woke me to tell meâ€¦ â€ That Wowser Bowser sometimes recalls a British band called â€œEverything Everything,â€ introduces and reintroduces synthesizers and guitar riffs in hypnotic polyrhythms and delivers calls and responses in thick, nearly indistinguishable layers is really just the icing on the cake (within a cake).

Wowser Bowser sounds playful and kaleidoscopic, but the band obviously worked hard to deliver its carefree feeling. â€œWater Storyâ€ begins with programmed drums that punch like a typewriterâ€™s keystrokes, and the melody initially mirrors that of â€œMy Turn,â€ a Basement Jaxx and Lightspeed Champion collaboration that is, at least by Basement Jaxxâ€™s standards, pretty spartan. When Pettis sings â€œWhere is my little boat/ that which I had made to float,â€ however, Catherine Quesenberry joins the search, and their chorus builds before breaking in an ecstatic â€œwah-ah-ah-ah-ah-ah-ah-ah!â€. â€œWater Storyâ€â€™s repeating voices and melodies go to an even bigger height later, and almost all of Wowser Bowser stays true to its well woven range of patterns. The album combines the pleasures of hearing beautiful sounds and their echoes, forgetting which came first and wondering why that distinction ever mattered.

Into the Tie-Dyed Belly of the Bonnaroo Beast: Day One