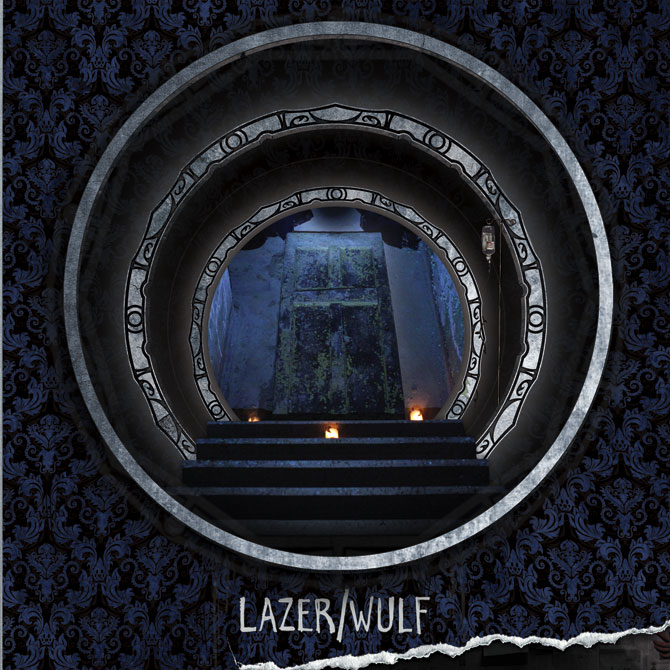 Lazer/Wulf can play their instruments. This much has always been clear. From the tense, finger-tapped opening bars of â€œWe Will Meet Again,â€ the first track on the groupâ€™s ambitious new EP reaffirms their status as maniacal, prog-obsessed precisionists. But this only tells half the story. The thing that has characterized the Athens-cum-Atlanta actâ€™s music from the start, the quality that has always served to save it from the hardhearted tech-rock doldrums to which so many like-minded acts fall prey, is a manifest humanness, a fleshy counterpart to the harsh and unyielding steel. L/Wâ€™s music is often machinelike, true, but it isnâ€™t, in fact, the sound of machines as much as the sublimative and unpredictable sound of the mad scientists operating them.

And L/W are madmen. Look above: I described this EP as â€œambitious.â€ Weird, right? For an extended play (this one clocks in at a laughably terse 12 minutes), There Was a Hole Here. Itâ€™s Gone Now is ridiculously far-reaching, a psychotic compendium of four interwoven movements that induce exhaustion and exhilaration in equal measure. TWAHHIGN is the sort of record thatâ€™s almost too much to take. Listening to it over and over, I veered back and forth between wanting to term it the best thing ever and a distended, unendurable mess. But the reality is, itâ€™s neither. Itâ€™s untamable, unknowable: the sound of a band that can sure play its instruments but also refuses, to its everlasting credit, to play by the rules.