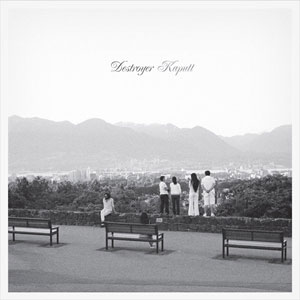 If Silver Jews’ American Water was the pinnacle of indie rock in the ’90s, Destroyer’s 2006 album Destroyer’s Rubies was the high point of that decade. Both David Berman and Dan Bejar seem the kind of songwriters who are content to work in established genres, for whom songwriting itself is a matter of expediency, as if they could just as well have written books. For Berman, that was in fact the case, and it came as no surprise that Silver Jews after American Water were marked by a gradual waning in immediacy.

After 2008’s Trouble in Dreams, it looked like Destroyer was on the same arc—the songs were similar to the previous album’s, good but not as good. In the three years since, Destroyer has released two 12-inch EPs. He has dabbled in disco, courted ambient collaborators. And now he’s released Kaputt, a synth-filled, Brian Eno-infused curve-ball.

The same Destroyer tropes are there—few write lyrics so wholly their own as Dan Bejar; no one has his delivery. The dexterity with which he has reinvented his sound on Kaputt is staggering at first, but this effect fades after repeated listens as Bejar’s signature begins to emerge, all the more vital for its new surroundings. Destroyer isn’t waning at all.