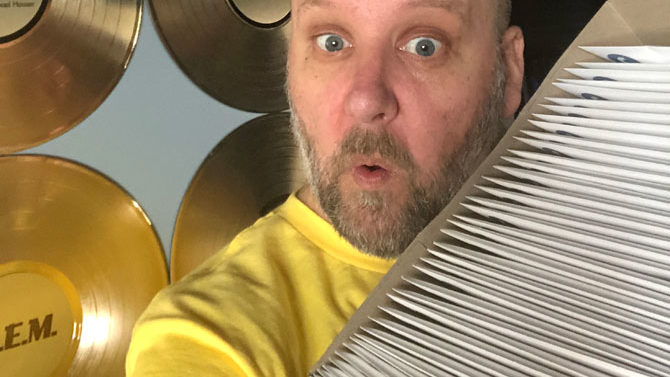 As the coronavirus pandemic sweeps across the country, leaving event cancellations, business closures and a decimated economy in its wake, music communities find themselves in a particularly vulnerable position. Given the seasonal nature of touring, as well as Athens’ role as host to a large university with students who will not be returning this spring, even under ideal circumstances it will still be months—at best—before things could possibly start returning to normal.

Though Nuçi’s Space has temporarily closed its doors to the public, the mental health resource center’s staff members have continued to champion local musicians and behind-the-scenes industry workers by reestablishing the Garrie Vereen Memorial Emergency Relief Fund. Offering direct financial support, the fund attempts to compensate for the lost income of musicians, crew and venue employees most affected during the economic shut-down.

Named in memory of Garrie Vereen, Widespread Panic’s equipment manager of 20 years, who died by suicide in 2011, the fund recognizes people who, like Vereen, are essential to the operations and success of the music scene. Understanding that the entertainment industry relies on the skills of many more people beyond those present on stage, the fund extends its focus to road and stage crews, music instructors, live sound and studio engineers, lighting techs, booking agents, bartenders, janitors, security guards, graphic designers, photographers—essentially anyone who helps make the music world go round and may now be at risk of falling through the cracks of traditional relief channels.

“We’re trying to stay in touch with who makes this community special,” says Bob Sleppy, executive director of Nuçi’s Space. “The glue of the town are the ones that we don’t see every day.”

Despite the difficult decision to cancel this summer’s AthFest Music and Arts Festival due to the pandemic, the board of directors for AthFest Educates—the nonprofit that organizes the festival as part of its mission to support music and arts education for local youth—swiftly reexamined how best to support musicians during this critical time. Recognizing the importance of sustaining both musicians’ livelihoods and the entertainment industry’s infrastructure as a whole, the nonprofit made a $10,000 donation to the Garrie Vereen Fund.

“It’s part of the mission of AthFest Educates to show young people the value and validity of a career in the arts,” AthFest Educates Executive Director Jill Helme said in a news release. “Supporting those individuals who devote their lives to their music so that others may benefit from it seems paramount to that mission at this time.”

AthFest Educates’ donation more than doubled what the fund had raised on its own at the time of the announcement and further elevated the visibility of the campaign. Within the first five days of its launch, the fund managed to raise a total of $28,685—with financial assistance requests growing just as rapidly. As of Apr. 6, Nuçi’s Space processed 220 requests and distributed $64,000 in financial aid.

While many grants and financial aid applications require exhausting processes of submitting support documents and otherwise jumping through hoops, sending a request to the Garrie Vereen Fund is remarkably simple. The online form begins by asking applicants to state their position within the music industry, and this invitation extends beyond brick-and-mortar businesses to include freelancers and the self-employed, as well as musicians who earn the majority of their income by performing non-musical labor.

Using the honor policy, applicants are given space to describe how COVID-19 has affected their regular income and to estimate their degree of urgency. Requests are reviewed by a committee on a rolling basis, with the goal of distributing checks within a week of approval. These mini-grants can be offered up to $599 per individual in the year 2020 and are envisioned to serve as immediate assistance until unemployment benefits kick in.

Nuçi’s Space itself is not immune to the common hardships this pandemic has caused, and it has had to suspend rehearsal room rentals, cancel fundraising functions and alter how support group meetings are held. Realizing how poorly depression and anxiety mix with social distancing, Nuçi’s Space is now offering public Zoom sessions every weekday at 2 p.m. for people to check in with each other and virtually hang out.

Financial request forms, as well as information on ways to donate, can be found at nuci.org. Staff is also working to create a comprehensive list of additional resources potentially available to community members.