New Music to Dig if You Love the Grateful Dead 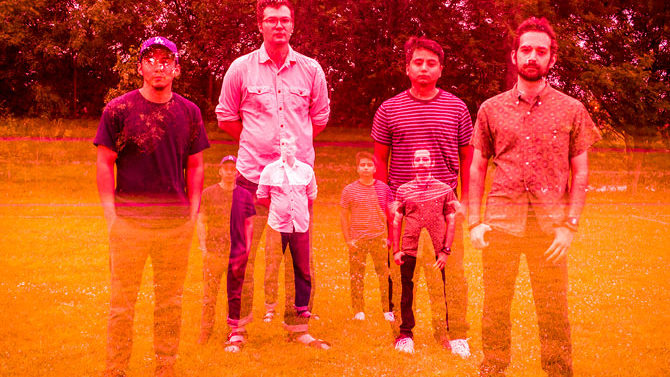 Editor’s note: In the summer series Classic City Deadheads, Athenians are celebrating their love of the Grateful Dead and reflecting on some of their favorite Dead (or Dead-inspired) recordings. This week’s head is Alyssa DeHayes, music publicist and Arrowhawk Records owner.

I owe my musical attention span to the Grateful Dead. I tuned in at around 15 years old, my mother tolerating my burned CD-Rs in the minivan to and from school. The Dead primed my malleable young brain for other long-form, improvisational and experimental music I wouldn’t encounter until my 20s. From krautrockers Faust to free-jazz originator Ornette Coleman or stoner-rock megaliths Sleep, to Ravi Shankar’s meditative ragas, to the patience to crate-dig, the Dead warmed me up for things I’d love later on.

Most importantly, being a Deadhead taught me the joy of sharing music, and experiencing it communally. We share live tapes, stickers, set lists, tents, tailgates, anecdotes and urban legends.

Folks often associate Deadheads with stereotypes—see the dichotomy of the Co. Bros/Old Dusty meme—and at the Dead and Company show in Atlanta on June 29, I saw a little tension between fans old and young. By many metrics, the Grateful Dead is America’s biggest band. When a movement is that big, you have a lot of every kind of fan. Old hippies, frat bros, artists, doctors, pushers, shovers, conscientious lovers, givers, takers—you name it. But the kind that disappoints me is: the Gatekeeper.

The Gatekeeper asks about your favorite show as a test, not to relate, and shuts you down with, “Are you even old enough to have seen a Jerry show or to know who this is?” If you don’t share their stance on Donna or studio albums, you aren’t a real head. The Gatekeeper can’t stand young or casual fans.

It’s all very self-serious and antithetical to the themes of playfulness, mischief and ego death that surround the Dead. What I’ve taken away from every documentary and article is that Jerry despised seriousness. It seems very funny for me in a scene created by weirdos, for weirdos, to be competitive or exclusionary about the right way to enjoy it.

I understand that when something is precious to you it’s just that—precious. But unless you were on the scene since 1965, we are all playing catch-up and educating ourselves in some way. Isn’t it exciting when there is always more to know? Another show you haven’t heard? Something left to experience?

I know it would be crazy to get all peace-and-love over the Grateful Dead, but I’m excited for new fans and hold so much respect for heads before me who share their encyclopedic knowledge.

In that spirit of sharing, here’s some current music you may dig if you dig the Dead: the not-so-subtly named Garcia Peoples, the “Touch of Grey”-like opening of Los Colognes’ “Working Together,” the melting melodies of Kikagaku Moyo—whose lyrics are heavily filled with nonsensical scat, reflecting the Dead’s fun and mischief, since listeners often assume every song is in Japanese—the Skiffle Players’ laid-back “Friend of the Devil”-esque ditties, and more.

These bands are continuing the story, showing that the Gatekeepers are missing the point: This culture is still elastic, still developing and, most importantly, still shared.