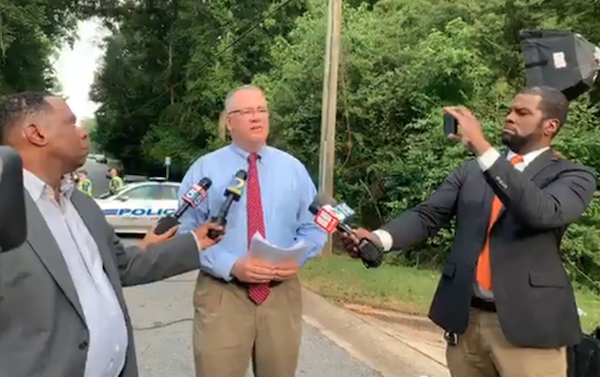 An Athens woman was shot and killed Monday night while walking outside with her three-year-old son.

Athens-Clarke County police received a call about gunshots fired at the Clarke Gardens apartment complex off Barnett Shoals Road at 9:37 p.m. Monday. When they arrived at Carriage Court, they found 24-year-old resident Auriel Callaway on the ground, bleeding.

Police provided first aid until EMS arrived to transport Callaway to a local hospital, where she died. Callaway was four months pregnant, according to police, and the fetus she was carrying did not survive. Her son was unharmed and is staying with relatives, police said.

Police have not said whether they believe Callaway was targeted or the victim of a random shooting. Her sister, however, told the Athens Banner-Herald that she was killed by crossfire from a neighborhood fight while shielding her son.

ACCPD obtained warrants to search several apartments at Clarke Gardens on Tuesday and detained several individuals for questioning. They were released later that day.

Georgia Museum Highlights New Deal Art, And ‘Color, Form and Light’ Gets Down to Basics