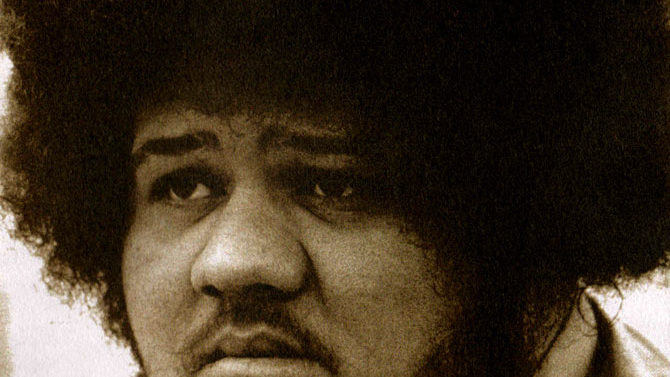 In its 11th year, Record Store Day is officially an international affair, with hundreds of independently owned stores in dozens of countries worldwide listed as participants on the event’s website. Here in Athens, two longtime local shops will be open from 8 a.m. slinging lots of exclusives, plus their normal stock. Wuxtry Records, at the corner of College and Clayton downtown, will serve up free doughnuts and coffee for early birds, while Low Yo Yo Stuff, a few blocks west on Washington Street, will feature guest DJ sets throughout the day, plus $1 deals on hundreds of records and cassettes.

One Athens store, however, is opting not to participate. Chris Razz, the owner of Secret Sounds, says he decided to skip this year’s RSD because the 2017 event left a bad taste in his mouth.

“In my opinion, the RSD thing has outgrown its usefulness and purpose,” says Razz, echoing  critics who say that, in addition to clogging up vinyl pressing plants, the event offers little to no financial benefit for smaller stores. “No store can afford to buy all those titles on one day… I am still sitting on unsold non-returnable inventory from last year. So I have decided not to participate this year. I will be on the beach instead.”

Planning to hit up participating local shops Saturday? It’s probably best to make a plan going in. With dozens of special releases available locally and crowds set to swell early and often, you wanna know what you’re looking for to avoid being overwhelmed by the crush. We polled several employees to ask which of this year’s RSD exclusives are most worthy of your hard-earned bucks.

The Legendary Marvin Pontiac: Greatest Hits There’s nothing like an elaborate, intriguing “outsider” backstory to lure in jaded hipster scum (err, excuse me, “connoisseurs”), even if said story is constructed out of 100 percent phony baloney. The real story (spoiler alert!) is this RSD item is the first-ever vinyl pressing of the 1999 vocal debut of Lounge Lizard John Lurie, giving us smooth, smoky, laid-back grooves garnished with a speak/sing baritone timbre à la Morphine’s Mark Sandman, F. Zappa or L. Cohen. I’ve loved this mostly overlooked album for a long time, and am excited that interest is finally renewed, bunk backstory or no.

Wipers: Live at the Met Also excited to see this live album release by Greg Sage and company, recorded in their hometown of Portland, OR on New Year’s Eve 1982 circa the Youth of America tour, but also peppered with prime-era material from 1980’s Is This Real? and the upcoming Over the Edge. Nirvana was the band that brought me to Wipers, and the line segment that connects Cobain’s songcraft to Sage’s might be even slightly shorter than the one that leads to the Pixies. One of the Pacific Northwest’s finest, these songs continue to endure.

King Black Acid: Sunlit Speaking of Portland, here comes the two-LP vinyl debut of this slept-on, sprawling and sleepy “dreamcore” gem, originally appearing as a small-run CD back in 1996. Following a similarly languid pace set by seminal shoegazers like Slowdive, these songs are a wee bit closer in psychedelic spirit to Mercury Rev or Brian Jonestown Massacre, but with some notable dark, dirge-y riffage enfolded in the mix for good measure.

Todd Ploharski and Michael Levasseur (Low Yo Yo Stuff)

Tom Waits: Orphans: Brawlers, Bawlers and Bastards An amazing collection of songs from the master of weirdness himself. Available as standalone albums for the first time.

Johnny Mathis & Chic: I Love My Lady In 1982, Mathis got together with Nile Rodgers and Bernard Edwards to record an album of disco-funk and bossa nova, but Columbia shelved it—until now!

Beaver and the Trappers: “Happiness Is Havin” b/w “In Misery” 7-inch Sundazed always puts out cool stuff, and we try to carry as much of their catalog as possible. They’ve pulled this crazy gem out of their hat for RSD 2018. Jerry Mathers played the Beav on the hit TV show “Leave It to Beaver.” In 1966, he also recorded these garage-rock jams with his band the Trappers, and it’s awesome! This one will only be available in super-limited quantities, so hopefully we’ll get a few.

Linda Perhacs: I’m a Harmony Psych-folk chanteuse Perhacs returned to recording after the resurgence of interest in her 1970 album Parallelograms gained her a new following and cult status. She released I’m a Harmony in 2017, but only on CD. This will be a very limited edition run on vinyl.

Phish: Billy Breathes First time on vinyl for this jam-band classic from 1996, with remastered sound in a limited-edition numbered run.