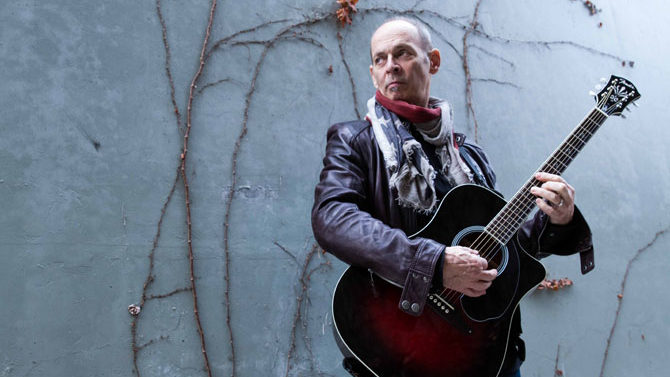 Wayne Kramer—best known as the wild-haired guitar player for Detroit-based proto-punk outfit MC5—laughs when mulling over what it means to have been involved with philanthropy, in one form or another, for some 50 years. Be it through the explosive, free-jazz-inspired guitar assaults in songs such as “Kick Out the Jams,” “Rocket Reducer No. 62 (Rama Lama Fa Fa Fa)” and “Teenage Lust,” which brought far-left frustrations in the ’60s and ’70s to a fine point, or providing guitars to inmates via the Jail Guitar Doors organization, Kramer is an agent of progressive change through music. “Anything I can do to help make a difference in people’s lives is always a good thing to me,” he says.

At 69 years old, there is warmth and sincerity in Kramer’s voice that reflects a lifetime of highs and lows: nearly achieving superstardom in the ’70s followed by public battles with drug addiction, a two-year prison bid for selling cocaine to an undercover officer and finding success as workaday musician, composer and producer.

In a phone conversation from his home in Los Angeles about his anticipated trip to Georgia this weekend, Kramer moves seamlessly into talking about the work of the Athens-based Artist2Artist nonprofit, which hosts fundraising parties, concerts and other events to help artists, musicians, actors and other creative types pursue their craft during times of financial need. The organization also focuses on bettering the community at large. Such is the case on Saturday, Aug. 5, when Artist2Artist hosts CBGB Athens, a benefit show at The Office Lounge to help Athens-area homeless veterans.

Saturday’s lineup features classic jangle-pop, post-punk and rock and roll and will be headlined by Kramer, backed by Atlanta musicians Shannon Mulvaney on bass, Adam Renshaw of The Forty-Fives on drums and Adam McIntyre of The Pinx on guitar. Other performers include Television guitarist Richard Lloyd and his band, Peter Holsapple of The dB’s, Dashboard Saviors with Dana Downs, Michael Guthrie and Cortez Garza.

Artist2Artist co-founder Lisa Mende invokes the organization’s catchphrase when she says it will be a night of “partying with a purpose.” Proceeds from the show will be donated to the Veterans Relief Fund, to help veterans who require assistance paying their rent, security deposits, utilities and other living expenses.

“Homelessness in America is to our great national shame and international embarrassment,” Kramer says. “To see the way that the wealth in this country is handled—hedge fund managers, big pharma and real estate developers are reveling in massive amounts of money—and to see this while we have veterans living out of doors is unconscionable.”

It’s a sentiment that Lloyd underscores, speaking from his home in Chattanooga, TN. “Artists and veterans are both dealt a pretty harsh lot in life,” he says. “You don’t hear a lot of stories about plumbers and doctors living in their car or sleeping on the street while trying to support their craft. Organizations like this provide support for people who need it, and that’s important now more than ever.”

Artist2Artist was co-founded in 2016 by Mende, who serves as president, and Jean Biddle, the group’s secretary-treasurer. Alongside them are Vice President Danna Whaley and board members Brigitte DeSimone and Burton Hood.

Mende is an actress, best known for her role as the “Seinfeld” character Carol. She also appears in Gremlins 2, “Sex and the City” and, most recently, Adult Swim’s “Your Pretty Face Is Going to Hell.” She lives in Athens now, but knows Kramer from her days of working in Los Angeles.

Mende and Biddle have a history of pairing up for themed nights involving music, starting with a benefit for Project Safe’s Dancing With the Athens Stars. “Jean was the head of the fundraising committee for that night, and we discovered that we’re really good at throwing these extraordinary parties,” says Mende. That first event was dubbed Fillmore Athens, for which local musicians formed Kinks, Zombies and Yardbirds cover bands to recreate the legendary East Village rock venue Fillmore East.

Since then, Artist2Artist has experienced a swift ascent amid Athens’ many nonprofits, and CBGB Athens pushes its growing concept to the next level, while staying focused on improving the community one show at a time.

“These kinds of challenges don’t change in a year or 10 years or even in a lifetime. We’re working toward the kind of changes that come over a millennium,” Kramer says. “Health care will happen nationally. Probably not in my lifetime, but we’ll get there. All of this is the stuff of democracy and the stuff of civilization-building. The wheels turn slowly, compared to a human lifetime, but if we look at it in the big picture, we’re doing great.”