Here’s Who’s Playing Athens in Austin, and What You Can Expect 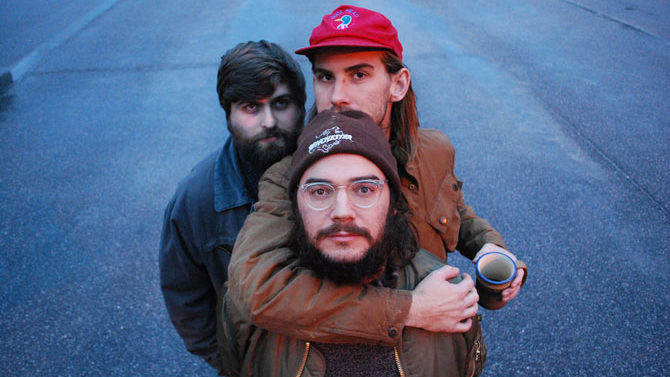 Among the most anticipated unofficial day parties during Austin, TX music-industry behemoth South by Southwest is the annual Athens in Austin showcase, presented by the Georgia Theatre and a bunch of other Athens businesses, including Flagpole. This year’s event—happening Saturday, Mar. 18 at downtown watering hole The Side Bar (602 E. 7th St.)—will be the 11th, and it’s appropriately titled “Athens in Austin Presents: To Eleven.”

The concert is free, though it’s popular and space is limited, so get there early. Here’s a rundown of who’s playing, and what you can expect:

The band’s spaced-out debut, Cavern Of—largely the solo effort of frontman Jack Cherry—was one of the most buzzed-about Athens records of 2015. Its follow-up, recorded with the full band and due later this year, is said to have been influenced by first-wave emo and 1970s punk.

Former Athenian Emily Braden’s music is airy and wistful with a vintage country vibe. Her Atlanta-based group, which features members of Dana Swimmer and Reptar, knows just when to strut its stuff and when to let Braden’s captivating songwriting shine.

Nobody’s hotter right now than Athens punks Deep State, whose label debut is coming in April. The band has been touring steadily leading up to that album’s release, so expect a frenzied and ludicrously tight live show.

This indie group, like several bands on the bill, splits members between Athens and Atlanta, and blends ATL swag with Classic City pluck in a brash, booze-saturated package. Get your fill of high-flying guitar riffs, then settle in for…

…whose shoegaze-soaked rock tunes are redolent of a Southern Mazzy Star. (Mostly) slow and steady, Sarrano’s music, as heard on her latest, Shaky, also draws from ’90s grunge and ’70s SoCal psych.

The road-warrior duo recently became a trio, adding Jesse Stinnard (Tunabunny, Antlered Auntlord) on bass to round out the group’s already huge slack-rock sound. If you weren’t already wearing earplugs—you probably should have been—put ’em in now.

Mothers’ sound is ever-evolving. Athens’ most notable recent export started touring in advance of its acclaimed 2016 debut, When You Walk a Long Distance You Are Tired, and hasn’t stopped since, crossing the globe in both headlining and high-profile supporting roles.

Nate Nelson’s brooding indie-pop outfit is in the midst of an experimental release strategy for its newest full-length, AGES. The group has released three of five two-song digital volumes so far, writing and recording as it goes, and will drop the whole thing on vinyl when it’s done.

Anticipation is building for the Athens/Atlanta post-rock band’s upcoming LP, Hot or Mood, out Apr. 7. The group’s is a kaleidoscopic sound with fresh instrumental flavors reminiscent of OK Computer-era Radiohead.

A steadfast Southern rock act from Birmingham, AL, Bains and the Glory Fires draw on the politically charged tradition established by Athens buds Drive-By Truckers, albeit with more of a punk edge.

These rabble-rousers graduated from basement-show standouts to main-stage must-sees with last year’s outstanding Age of Uncertainty. The group updated its doomy, gloomy post-punk by incorporating a weirdly effective, sex-addled groove.

Another living testament to the current shape of Alabama rock and roll, Tuscaloosa’s Dexateens are playing a bunch of dates at SXSW with copies of their latest and, arguably, greatest, Teenage Hallelujah, in tow.

After releasing a surprise EP, Supernatural, on Feb. 28—her 60th birthday!—the B-52s’ Cindy Wilson hits Austin for a string of shows. The Athens legend’s new sound is an updated version of her famous band’s revolutionary dance music: Supernatural is a slinky, synth-y delight.