Loud and Proud, SlopFest Returns for a Seventh Year 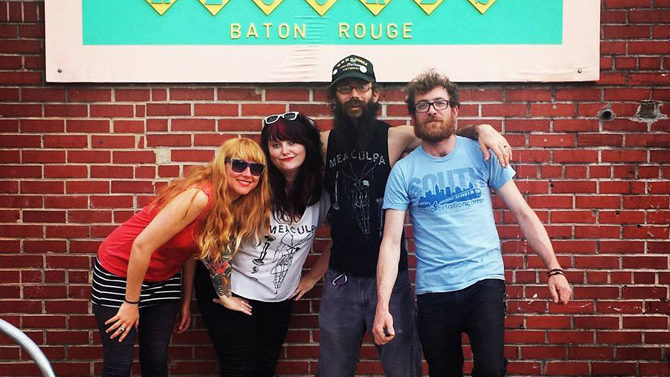 This weekend, SlopFest celebrates its seventh turn around the sun. As it has since the beginning, the DIY-inspired music festival features a varied lineup of raucous regional rockers, with an emphasis on what’s new and next. Founder Derek Wiggs, who plays bass with local punk outfit Shehehe, says the event was designed to fill in for another, now-defunct local festival.

“To me, it’s still a tribute of sorts to PopFest, or the fun I had at those shows when I first moved to town,” says Wiggs. “The year PopFest didn’t happen, I read about it in Flagpole at Little Kings. Too many beers had been had by that point to think that it was a bad idea to try a one-day replacement.”

That one day at Little Kings grew into two, then three. This year, there will also be a bonus fourth night of music at Hi-Lo Lounge in Normaltown—“a wind-down afterparty of sorts… for people who [have] to work Friday and Saturday,” says Wiggs.

“Sometimes I wonder how SlopFest is different from any of the other numerous fests that go on during the year,” Wiggs says. “Every year, though… I hear particularly from the service industry crowd—who often miss most of AthFest—that they look forward to the show[s].”

This high concentration of industry folks looking to blow off steam means SlopFest tends to get, well, pretty sloppy. But Wiggs says he has made efforts to rein things in.

“I’ve tried to have the show[s] start later and end earlier,” he says. “The first few years started around 5, I think. After hearing many near-vomit stories from friends who played some of those outside sets and almost melted, it’s gone to [a] 7 p.m. start.” Likewise, he adds, “Having the music end around 1 a.m. lets the DJs have at least an hour to themselves, and avoids the ‘bands over, lights on, get out’ scenario.”

As SlopFest has grown up, it has stayed true to its roots. Rather than try to court big-name out-of-towners, Wiggs takes the opportunity to showcase some of his favorite up-and-coming local and regional bands.

“I’m excited about Mouth,” he says of the recently formed crust-punk supergroup on this year’s lineup. “Which is a gross sentence, and I wish they’d change their name, so I could avoid sounding like a pervert when telling people about them. Ex-local Chris Ingham is playing twice, which I couldn’t be happier about, also.”

Wiggs, who says he doesn’t worry much about the future of his festival, also stresses that folks will be getting sloppy for a good cause: “I like that it has settled into being a fundraiser for [Girls Rock Athens], and I’d like to keep that growing with each year.”