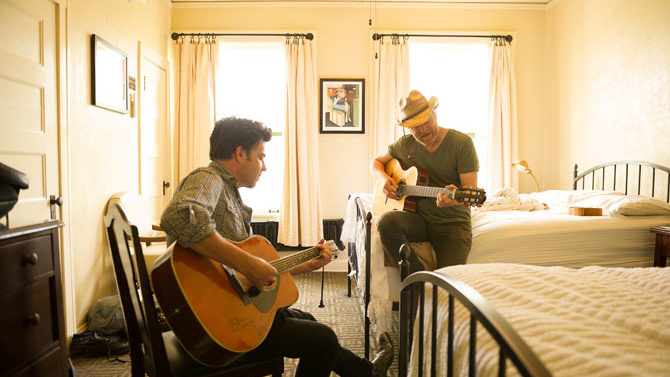 Hang onto your butts and other butt-like appendages: The Flagpole Athens Music Awards returns to the Morton Theatre on Thursday, June 25 for a 17th annual celebration of Athens music in all its ramshackle glory.

As Flagpole’s music editor, yours truly rounded up a crew of journalists, promoters, label owners, producers and others in the local-music loop to help choose nominees in 17 categories, including hotly contested genre umbrellas like Rock, Hip Hop, Electronica/EDM and Folk/Americana, as well as broader divisions such as Upstart, Music Video, Cover Art and Album of the Year.

In addition, there were three write-in categories: The nominees themselves were the sole voters for the Live Engineer and Studio Engineer awards, while the presentation of the write-in Artist of the Year award rounds out the evening.

Nearly 2,000 completed ballots later, the top three (or four, in the case of a third-place tie) artists in each category are represented on the final list. The overall winners will be announced at the awards show on Thursday.

Speaking of said awards show, y’all are in for many treats. The tall and tender Tom Visions returns to lead the charge as host for the second year in a row. Music performers include the mighty Cracker, as well as psych standouts Cult of Riggonia, the always excellent Kenosha Kid, Hope for Agoldensummer co-founder Claire Campbell and an Athens hip hop collab featuring Dictator, Yung’N Restless, Amun-Ra, Yung C.U.Z. and several others. Plus, an EDM showcase courtesy of Angry Digweed x D:RC featuring Tigrlily.

There will undoubtedly be more action. Burlesque? Perhaps. Breakdancing? Possibly. Mannequins? Most definitely. Gallagher-style fruit-smashing? Probably not. But maybe! Beyond all that, we’re not talking. Be there. And after the Music Awards, head over to the Georgia Theatre for the official afterparty featuring the Booty Boyz.