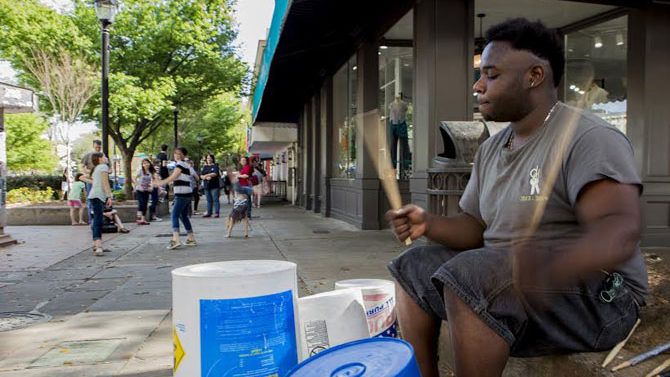 As the weather warms and downtown Athens swells with foot traffic, bootstrap buskers and trained musicians alike enliven the atmosphere, making the sidewalk their stage and providing a soundtrack for shoppers, walkers, partiers and other passersby. Just in time for Twilight, one of Athens’ busiest annual outdoor events, Flagpole caught up with a few local street performers to find out what keeps them strumming and drumming.

“I’ve been street performing for about two years. I’ve been playing the drums since I was 3… Music is love, music is life. That’s pretty much how I rock… I have a nickname now: ‘The Heartbeat of Athens’. There was a guy about four years ago, and I guess I replaced him. I’m trying to keep the tradition alive.” 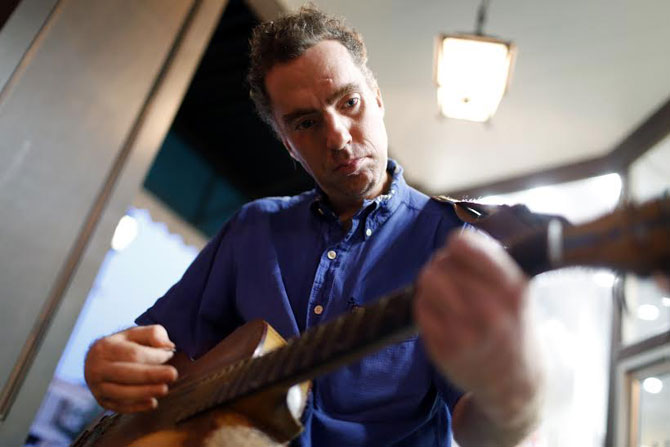 “I’ve been playing in bands for a long time. I don’t know, the job outlook is kind of tight sometimes, so I earn a few extra bucks here and there by playing on the street—especially when the weather is nice.” 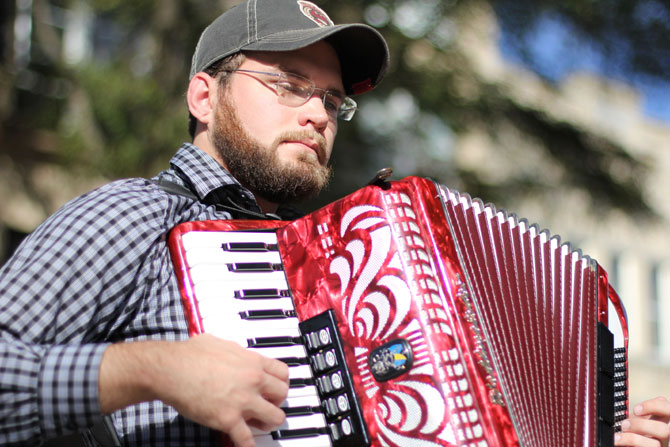 “My music is eclectic. It’s a mix of several different random things. A lot of it is stereotypical Celtic music, but there are some video game tunes mixed in there.” 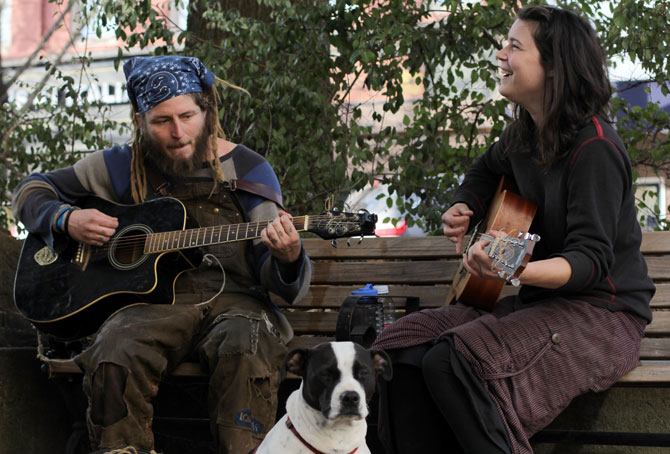 LV: “We’ve only been playing for a couple months together. [She] and I met in California in October of last year. I hitchhiked there to Cali from Maine.”

KS: “I decided I’d much rather be doing something I enjoy doing, and that people like witnessing, then saying, ‘Hey, can I have some money?’”