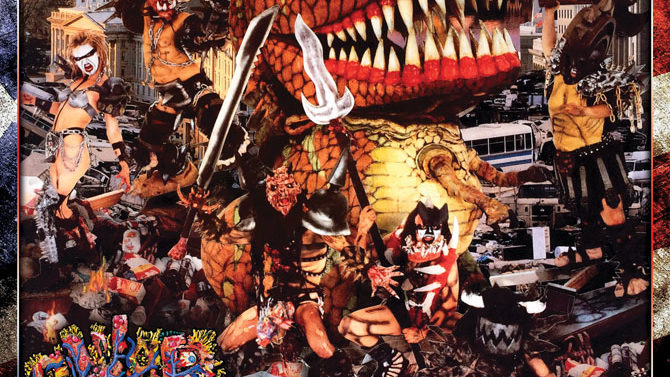 This Saturday, Apr. 18 marks the eighth annual edition of Record Store Day, which began as a humble event aimed at propping up the independent record store and quickly grew into an anticipated global happening—Christmas for vinyl nerds, a chance to pick up exciting one-off gems and reissues of long-sought classics.

Regardless of whether the event has outlived its usefulness, with corporate labels in on the game, clogging up the pressing plants with unnecessary schlock-rock reissues and market-saturating “exclusives”—not to mention the insane aftermarket prices seen on sites like eBay—RSD still offers a wealth of neat-o releases each year, from lost free-jazz concert recordings to repackaged versions of some of the best underground jams of yore.

Locally, the only stores that officially participate in RSD are Secret Sounds on East Broad Street and Wuxtry Records, Athens’ beloved and longstanding emporium of physical music (though, year-round, one must never forget about our other excellent vinyl-buying options, like Low Yo Yo Stuff or The Record Booth). To commemorate RSD ’15, we asked three Wuxtry clerks to name their picks for this year’s must-grab LPs.

The Animals: We’re Gonna Howl Tonight
Live broadcast recordings from 1964 of the best British Invasion-era band from neither London nor Liverpool in top form attacking R&B classics with more guts than a slaughterhouse.

The Stooges: Have Some Fun: Live at Ungano’s
Another live set, this one recorded by the Stooges’ major label conduit, Danny Fields, documenting the newly expanded 1970 lineup ripping into every song on Fun House and throwing in a few curveballs, to boot. Visceral and vicious.

Various Artists: R&B Hipshakers, Vol. 3
I’ve really been digging the first two volumes of this series, compiled by WFMU DJ Mr. Fine Wine, showcasing all sorts of upbeat cuts of prime rhythm and blues tunes from the mid-‘50s through the mid-‘60s.

Hutch & Kathy: Hutch & Kathy
This is an LP reissue of the lo-fi duo’s CD that came out right before The Thermals’ first album, although this is a lot folkier, more Mountain Goats-y, than The Thermals’ stuff. This CD got played in the car a lot in the early days of Cars Can Be Blue being a band, and brings back fond memories—catchy, sincere songs with good harmonies.

Gwar: America Must Be Destroyed
Another nostalgic album, although it was the cassette version that would often be blaring out of my Walkman headphones back in the high school days. This was the last Gwar album that I cared about, and it still has the ability to amuse, like a heavy metal version of “South Park.”

Polaris: Music from the Adventures of Pete & Pete
Now that we are fully ensconced in ‘90s nostalgia, who the heck wouldn’t want an LP of the band that provided the opening theme (as well as other incidental music) for “The Adventures of Pete & Pete?” That jangly little two-minute blast was like the gateway drug to a thousand other catchy, quirky nerd-pop indie bands. To Polaris’ credit, the other songs on this are actually pretty good, too. I remember sending a cereal boxtop in for a three-song cassingle of Polaris’s “P&P” songs; now you can enjoy them on vinyl. Hooray.

The Wedding Present: “Meet Cute” 7-inch
A two-track shamble-pop firecracker of a release. Two songs from their recent Valentina album, but sung in Welsh.

Dead Milkmen: Beelzebubba
Features “Punk Rock Girl,” which is pretty much a national treasure of a song. If you are older, you know this song, if not this record. A perfect snot-nose punk rock starter kit record for your son, daughter, niece or nephew.

Mclusky: Mcluskyism
Post-rock at its finest. Will not stick around long, and will be out of print by middle of the day on RSD. Not sure why it’s not just always in print.